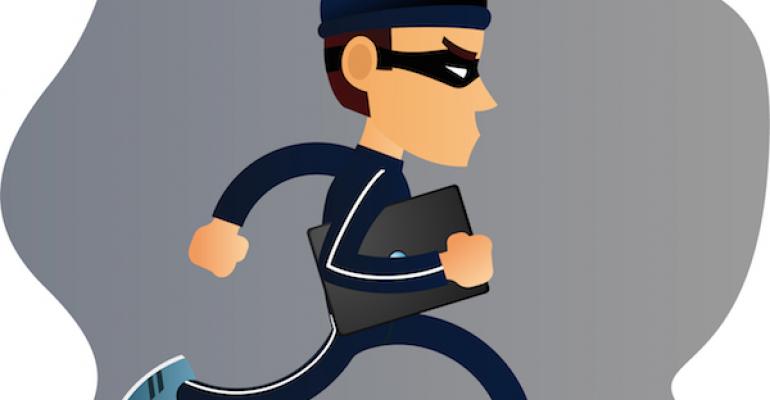 With remote working growing in popularity, companies must educate their employees about security measures they need to take to protect their devices.&nbsp;

This is a scenario that would send a shudder down the spine of anyone who works with corporate laptops. Unfortunately, it happens all too often.

A few years ago, I was in a downtown San Francisco coffee shop, catching up on email. Across the crowded café, near the door, sat two women, facing each other, intently talking business. One woman had placed her laptop, closed, on the edge of the table, beyond her peripheral vision. You can guess what happened next.

I heard raised voices, looked up, and saw a tall young man dash out the door and across the street, disappearing into an alley. The woman whose laptop he’d just stolen was standing up, trying to get a good look at the fleeing thief, but he was long gone.

A barista called the police. I asked her if thefts like this had happened at the café before, and she said, wearily, “Way too often.” The café even posted a sign, warning customers to be mindful of potential thieves, she added, pointing to the warning on the wall.

It was a classic setup for crime: An expensive laptop is left unattended or just out of sight in a crowded area, and a fleet-footed thief snatches it. Kensington, which makes laptop cable locks, estimates a laptop is stolen every 53 seconds, and the average loss—including employee downtime and potential data breaches by thieves with access to sensitive files—can exceed $49,000.

Fortunately, there are plenty of proactive steps IT can take to prevent a laptop theft—as well as to help recover the stolen computer and minimize potential data theft.

How to Protect Laptops Before They’re Stolen

* Keep a record of the laptop’s serial number, which can help police identify a stolen laptop if it’s found. It may help to engrave the serial number on the laptop, too.

* Tag the laptop with an irremovable, bar-coded metal plate, such as a STOP Security Plate, which can act as a deterrent.

* Perform regular, automated backups of the laptop’s storage drive and check once a week (at least) to make sure the backups are working.

* Use a secure cloud file storage service, so that an employee whose laptop is stolen can get back to work right away using another computer.

* Encrypt sensitive data on the laptop, such as with a self-encrypting storage drive.

How to Prevent Laptop Theft

* Keep laptops nearby. As the above incident illustrates, employees should keep laptops in sight whenever they’re out and about. When at a café, for instance, don’t ask a stranger to watch a laptop while you step away for a moment. Take the laptop and other belongings with you. Better to lose a seat in a crowded café than to lose a laptop.

* Never keep laptops in a car, even if it’s in the trunk. Cities around the U.S., including Seattle, Chicago, Houston, and San Francisco, are reporting a rise in car break-ins.

* Use a laptop cable lock to secure the computer to a table, at the office or on the road.

* Secure laptops in hotel room safes. If none is available, store the laptop in a suitcase and lock the suitcase.

What to Do After a Theft

* Report the theft to police. Chances are a laptop theft will be a low priority for police. But report the theft anyway. If nothing else, an insurance company may want a copy of the police report.

* Disable the laptop’s network connection capabilities and the affected employee’s access credentials, to prevent the thief from using the stolen laptop to access potentially sensitive data on company servers or gaining access to the corporate network. Exercise the remote wipe option when possible.

* Get the employee to change his or her online passwords, as those passwords may have been stored on the laptop.

Time is Not on the Thief’s Side

Thieves strike like lightning for a reason. They know time is not on their side, that the longer a theft takes, the riskier it is for them.

So while you’ll never be able to reduce the risk of laptop theft to zero percent, you can put obstacles in a thief’s way. The more difficult it is to steal one of your company’s laptop or the data on them, the more likely the criminal will look elsewhere for a quick pay-off.