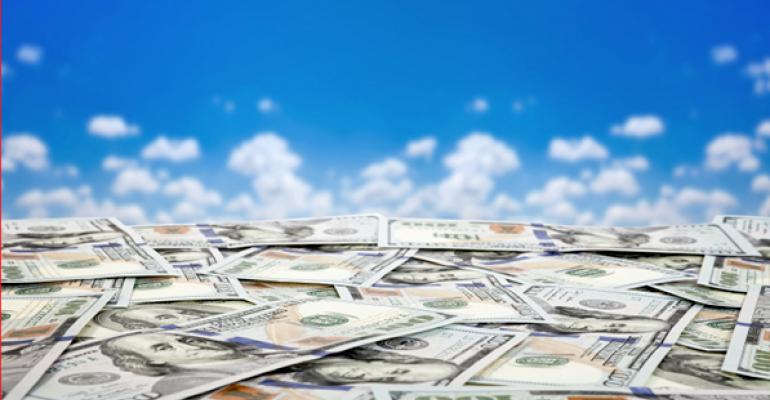 Half of All IT Spending Will Be Cloud-Related

Technology spending is quickly shifting to cloud-based solutions, with both public and private cloud infrastructure growing at rapid rates.

The outlook for IT infrastructure spending: Cloudy. Very, very cloudy.

Not only is spending on the cloud growing faster than it is in any other infrastructure category, it is on such a torrid pace that in a few years, one out of every two IT dollars spent will be cloud-related.

In the first quarter of this year, the indicator grew by a quarter, and equaled $6.3 billion. That meant that 30% of infrastructure spending in the quarter was cloud-related, an increase from 26.4% in the year-earlier quarter.

That percentage increase in quarterly cloud spending was the second-biggest in the five quarters since IDC starting tracking the numbers. It also was a stark contrast to the mere 6.1% growth in non-cloud related IT spending in the same period.

"Public cloud" expenditures outpaced "private cloud" spending, 62% to 38%, said IDC. But despite their size disparities, both segments were growing at roughly the same percentage rate.

Kuba Stolarski, manger for Server, Virtualization and Workload Research at IDC, said the fact that private and public cloud infrastructure spending were both growing at a similar pace suggests that "customers are open to a broad array of hybrid deployment scenarios as they modernize their IT."

The growth in cloud spending was a global phenomenon, said IDC. The only parts of the world showing a decline were Central and Eastern Europe, which the research operation attributed to political rather than technological factors.