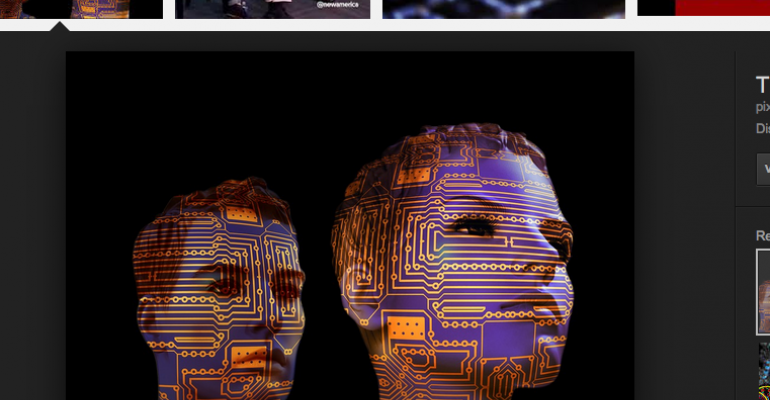 The Future of Human-to-Technology Interaction Is Here

I had the pleasure of being one of the lucky individuals who attended Microsoft Build 2016. I use the term "lucky" because the conference sold out in less than 2 minutes. Build routinely sells out, but selling out in less than 2 minutes makes the event seem more like a rock concert than a Microsoft developer conference. Don’t get me wrong, we “Microsoft guys” are pretty cool, but selling out at the speed of a rock concert is certainly rare.

Satya Nadella, Microsoft CEO, was the headliner for the keynote speech at Build 2016. If you have not had the pleasure of seeing Satya present, I would recommend it. He is well-spoken and polished, and will keep you interested from beginning to end.

In this keynote, Satya delivered his vision for the future: “As an industry, we are on the cusp of a new frontier that pairs the power of natural human language with advanced machine intelligence,” he said. Microsoft has named this initiative Conversation as a Platform. (I am certain the CaaP moniker will soon follow.)

Individuals from several departments demonstrated functionality from each of their own areas. But the theme was consistent: Every single product demonstration delivered on the promise of solutions that have been adapted to the way human beings use technology. The “big picture” was carefully planned, and painted a little at a time.

My job at Binary Tree is vision. And I am now responsible for developing the roadmap for all of our products. I’d like to think that I am very good at my job, and I respect vision when I see it from others. At the beginning of the keynote, CaaP was little more than a term created by Microsoft, like so many before it. By the end of the keynote, it wasn’t just a term--I could see the big picture. And I could see Satya’s vision: Technology interacting with humans on our terms--anywhere, anytime--is the future.

Imagine being able to accurately translate the speech of a child in a noisy environment from one language to a different language. Imagine your instant message client being able to help you with a pizza order, a hotel reservation, scheduling meetings and ordering cupcakes for delivery to that meeting. Imagine that IM client coordinating these tasks among multiple vendors and seamlessly moving between one task to the next. Imagine that you want the pizza delivered to “your crib," and the technology understands that you mean your place of residence.

Well, you can stop imagining. I have seen the future. In fact, it is already here, and Microsoft is delivering it. I watched as the recording of a noisy child was accurately converted to text. I watched as a Skype client invited Cortana in as an assistant and then handled pizza orders, meetings, cupcake orders and hotel reservations.

I watched as Microsoft unveiled a true closure of the gap that exists between human beings and technology. The future of human to technology interaction is here, and the next few years are going to be like nothing we have ever seen.

Sponsored Content
Is There Any Option Other than the Cloud?
Oct 17, 2015