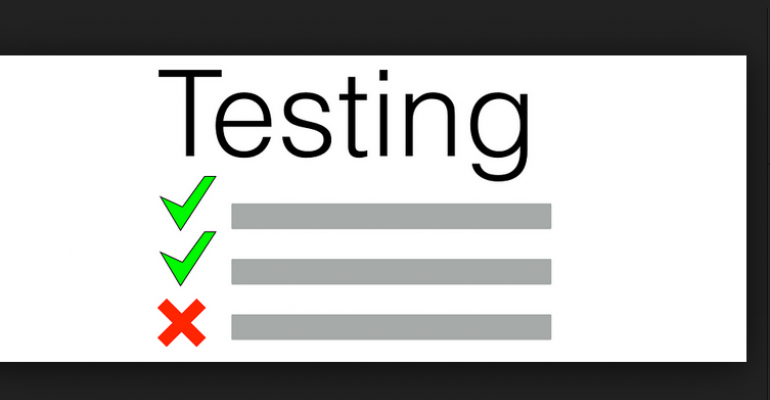 Moving test/dev to the cloud allows developers to access the capacity they need when they need it, along with the tools required to conduct the testing and development.

As businesses push the limits of how fast they can get products to market and service their customers, application developers are doing what they can to keep pace. That’s not easy, especially when they have to share resources with the rest of the organization. When that occurs, testing and development staff often find themselves in a tug-of-war for compute, storage and networking resources. And even when they are able to access those resources, they can run into any number of roadblocks around scalability, security or visibility—problems that lead to lower productivity and even lost revenue.

For many organizations, part of the solution is moving some or all test/dev functions to the cloud. By using the cloud, scalability is no longer an issue. Privacy and security can be addressed through hybrid or private clouds. Moving test/dev to the cloud allows developers to access the capacity they need when they need it, along with the tools required to conduct the testing and development.

There are cases, however, when the test/dev team can’t use the cloud, such as when development must be top secret or when the data sets being tested include sensitive information. When that occurs, the best test/dev environment is often a hyperconverged infrastructure—essentially a box with its own compute, storage and networking power.

In fact, a hyperconverged architecture is ideal for testing and development in many ways. Because it is a separate box, there is no risk of running into problems accessing the amount of compute power, storage or network access necessary. It provides the capabilities required, in real time, with optimum performance, yet doesn’t conflict or interfere with existing infrastructure.

“By having everything in one place, the test/dev team essentially has its own miniature data center separate from everything the IT department manages,” explains Bob O’Donnell, chief analyst of TECHnalysis research. “It’s kind of a Lego block approach, so you can scale the environment up and down independently from existing IT infrastructure.”

While both the cloud and hyperconverged architecture are big improvements over traditional test/dev methods, they can work together to provide even more benefits. With this set-up, the hyperconverged appliance connects to the organization’s cloud implementation, and the two can pass data and applications back and forth. This combination of technologies provides even more flexibility for testing and development, leading to faster provisioning, greater visibility and, ultimately, faster time to market.

Not only does combining hyperconvergence with the cloud provide even more agility and flexibility for developers who value speed and efficiency, but it gives the test/dev team more control over the entire process. For example, the test/dev team could do initial development with its own hyperconverged hardware and then move testing to the cloud in the final phases of the project.

“The benefit is that you do more of the work under your own control, but then leverage the [cloud] for some additional real-world testing, particularly if that’s how the app will ultimately be delivered to employees/customers,” O’Donnell says.

Determining which combination of technologies is most effective for testing and development depends partly on corporate and IT culture and partly on existing pain points such as time to market. The barrier to entry is fairly low, enabling organizations to try different approaches until they find the best fit for the job at hand.