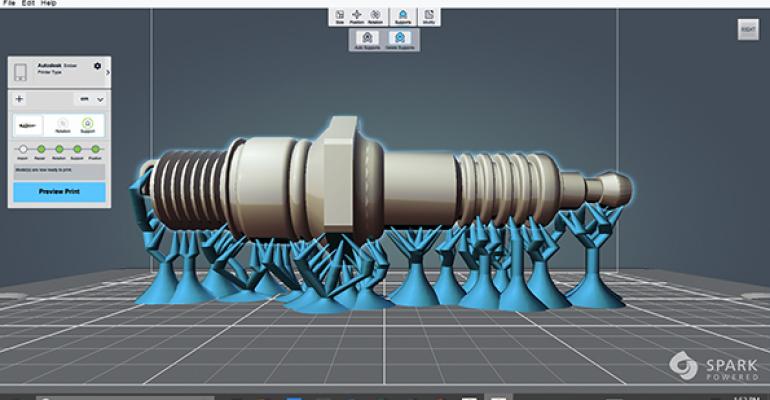 At Autodesk, VDI Inside and Out

For a maker of design software whose customers have to manage and collaborate on giant files, the solution for client networking also applies in-house.&nbsp;

When discussion in IT circles turns to the topic of desktop virtualization, there is a bit of conventional wisdom you might hear that goes something like this:

"Well, virtualized desktop infrastructure may be fine for relatively simple computer environments, like call centers or order-entry clerks. But you're never going to see them in high-performance, graphically intensive situations. Like, say, Autodesk."

But you'll never hear that sentiment uttered at Autodesk.

Not only is the design software giant itself a heavy user of VDI technologies, but it's also seeing an ever-increasing amount of interest in virtualized desktops from even its biggest customers. And while the company doesn't advocate any particular system architecture, it supports whatever its clients end up choosing.

"There is absolutely more interest" in VDI from customers, says Anthony Hauck, director of product strategy for the architecture, engineering and construction division, one of the foundations of Autodesk's business.

Supporting Customers As They Transition to VDI

"Starting about four years ago, it became a steady topic of conversation whenever we were talking to our biggest customers," he said. "We discovered that, invariably, there was somewhere in their infrastructure where they were starting to virtualize desktops. It became very apparent to us that the industry was starting a transition to a different model of computing."

His company has supported that transition principally by continually expanding the software and hardware products on which it has tested its core products like AutoCAD and Revit.

Autodesk customers, Hauck said, are interested in virtualization in part for the same reasons that everyone else is, especially the ability to centralize the deployment and support of desktops. But another big driver is the increasingly global nature of the economy, especially for those customers focused around construction and engineering.

"More and more of the time, we see our software being used by geographically far-flung teams," he said. "The actual project is located in one place, but people have to collaborate on it no matter where in the world they happen to be located. Projects might even be spread out among many firms. They will use VDI to bring the teams together using delivered desktops. The data for the project stays centralized, even while those working on it are widely dispersed."

Hauck said that when big customers talk with Autodesk about virtualization, they have usually already decided on some sort of VDI project, and are looking for technical advice on how to best implement it. Autodesk's main contribution, he said, is in providing the technical specs for the back-end infrastructure that will be necessary to ensure that performance stays as robust as it had been on individual desktops. Hauck said Autodesk stays vendor-neutral in making its recommendations.

When discussing Autodesk and VDI, Hauck stressed that the company has expertise on both sides of the coin: As someone selling software into virtualized environments, and as a major customer of the technology itself.

Much of the company's R&D testing is done using VDI; one division runs 16,000 simulations on virtualized desktops every evening. And when Autodesk offers free online trials of its key products, it often has potential customers run them in virtualized desktop settings.

"We can have a high degree of confidence in the recommendations we make to customers about virtualization in part because we are doing so much work in virtualized environments ourselves. We have quite a bit of in-house experience," Hauck said.

Autodesk customers in highly technical fields often push the envelope of virtualization technology. Says Hauck, "We've seen people running some of our software on iPads, even though an iPad's specs are far below what are needed. Of course, it's not really running on an iPad, but in a virtualized desktop being delivered to the iPad. We've sometimes ourselves been surprised at how much our customers have been able to do."

And how about that old bugaboo, graphics? Not an issue, says Hauck.

In the very early days of VDI, latency might have been a problem; the cursor, for example, might have been jittery as an engineer tried to move it across the screen. But because of software and hardware innovations, he said, that’s no longer a problem. Many new Autodesk customers, said Hauck, are getting extra graphical horsepower from a new breed of graphics accelerator products designed specifically for virtualized environments.

"As far as graphics performance is concerned, it's been a long time since we've had to work on that as an issue with any of our customers," Hauck said. "This is definitely one of those cases where no news is good news."