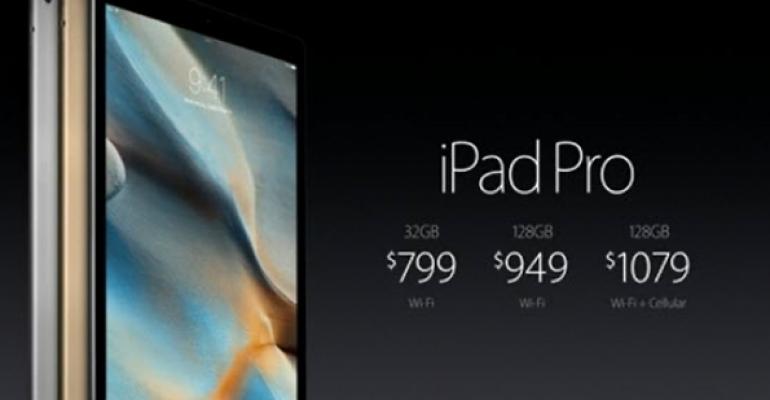 The newest iPad drew attention from VDI pros and comparisons to Microsoft&#39;s Surface.

You know that the world is changing when major vendors in the Virtual Desktop Infrastructure market start paying attention to Apple announcements. But that's what happened last week when Apple rolled out its latest batch of new products.

The event and its new iPhones made news among gadget reviewers, of course, but you could also find posts about it in parts of the VDI world, largely on account of Apple's new iPad Pro.

Of course, mobile devices like Apple and Android phones have been an important impetus for the growing movement towards desktop virtualization. Mobile employees want "anytime, anywhere" access to their desktops, and enterprises are increasingly making that possible through VDI-enabled mobile phones.

The new iPad is 12 inches high, 2.5 inches taller than current iPads; it's also 30% wider. That extra real estate means a bigger screen, which makes for an easier time navigating through a remote desktop linked tia VDI. For many observers, the new iPad brought to mind Microsoft's Surface Pro, and it didn't take long for trade magazines to start comparing the products head to head.