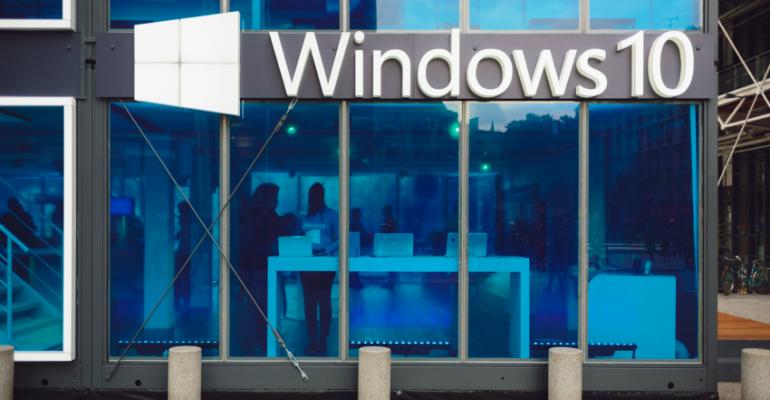 Upgrading computers to a new OS can be painful. But moving to Windows 10 gives your organization security benefits that can make the transition worthwhile.

The U.S. Department of Defense recently announced it is transitioning all its Windows computers to Windows 10 for more consistent security.

The all-Windows-10 initiative will establish a common baseline in terms of cyber security. “Improving software-patching practices helps consistently keep software secure and configure all computers to DoD’s security standards,” a DoD spokesperson explained. “Deploying Windows 10 across DoD will allow these patches to roll out more quickly.”

And there you have it: Reason no. 1 to upgrade your organization’s computers to a single Windows OS in general, and Windows 10 in particular—more consistent security.

It’s painful, costly, and time-consuming to migrate users to a new (or even new-ish) operating system. But plenty of organizations besides the DoD are doing it. Microsoft says Windows 10 adoption since the OS’s July 2015 release stands at over 270 million active devices, which outpaces Windows 7 adoption by 145 percent during the same time frame after that OS’s release.

It’s especially important to keep laptops updated with the latest OS security features, given how vulnerable mobile users are when working on the road or at home. And there are plenty of other reasons that can make the transition to Windows 10 and its security worthwhile. Here are two more, for your consideration.

If an attack has made it past other defenses, Windows Defender Advanced Threat Protection will help enterprise IT figure out the who, what, and why of the attack and provide recommendations on how to respond.

Because the service is built into Windows 10, Microsoft says it will be continuously updated and require no deployment efforts, on-premise server infrastructure, or ongoing maintenance. As of this writing, Microsoft hasn’t announced pricing for the service.

Reason no. 3: Windows Hello won’t just be limited to computer log-ins. No login or user identification method is bulletproof, of course. Still, Windows Hello, which lets users authenticate their ID and login via fingerprint, facial recognition, and iris recognition instead of using (often weak) passwords, is another reason to consider upgrading to Windows 10.

Windows Hello falls under Windows 10’s enterprise-grade security measures. Microsoft has reportedly gone to a lot of trouble to make sure Windows Hello can’t be easily fooled by, say, a photo of a user’s face instead of the actual face.

Needless to say, Windows Hello requires a fingerprint scanner, which more laptops increasingly offer. Facial recognition requires an Intel RealSense camera or a device with an IR sensor. Computers that support iris detection hardware are scarce now but are expected to be available soon.

Here’s another reason to consider Windows Hello: Microsoft is expanding its use beyond logging into a computer. At the company’s recent developer conference, Microsoft announced that Windows Hello will let users log into web apps and that it can work with any browser in addition to Microsoft’s own Edge.

Device Guard combines enterprise hardware and software security features to prevent a device from running anything but trusted applications. The feature also helps safeguard against zero-day attacks and polymorphic viruses (which are self-encrypted and designed to escape detection).

Credential Guard isolates domain credentials in a virtual machine, away from the kernel and user mode operating system. As a result, if attackers gain access to the machine, the credentials aren’t accessible to them.

Cyber criminals have never been as busy or as sophisticated, with ransomware and other attacks on the rise. Already this year, there have been several high-profile attacks on U.K. bank HSBC, a Ukranian power company, and a Los Angeles-based hospital.

At the same time, some consider Windows 10 to be Microsoft’s “safest operating system to date” (BetaNews), with “game-changing security features” (InfoWorld). Upgrading laptops and other computers to a new OS isn’t exactly a ‘set-and-forget’ security strategy, of course. But it’s a start. And if it’s good enough for the DoD, maybe it’s good enough for your organization.