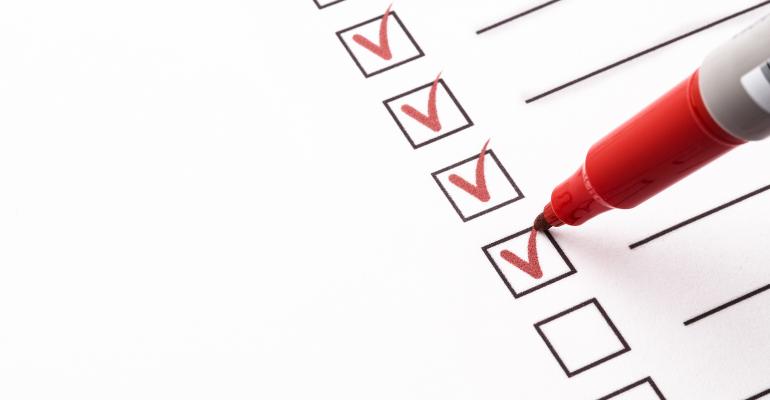 Here is a list of criteria to keep in mind when evaluating new network attached storage devices for your organization.

When shopping for network attached storage devices, there are many considerations that must be taken into account. Some are related to specific features, while others are more closely tied to practicality. Here is a list of criteria to keep in mind when evaluating new NAS devices for your organization.

One of the first things that an organization needs to consider before purchasing new network attached storage devices is how easily the systems will integrate into existing infrastructure. Although this is a really simple consideration, it is important.

Your goal should be to consider how well the new appliances will mesh with what you already have in place. Questions to ask include: Are the network attached storage devices compatible with your authentication provider? Do they support the protocols that your organization is currently using? Are they compatible with your management software? Do you have the available switch ports and power required by the appliances?

It’s easy to think of scalability purely in terms of increasing an appliance’s raw storage capacity. However, there are other scalability challenges to consider. In an enterprise environment, it is important to be able to scale out, not just up. Scaling up is generally associated with increasing capacity, while scaling out tends to be more about being able to better handle an increasing demand for IOPS (by distributing traffic across multiple nodes). Additionally, some scale-out solutions can help to make volumes highly available.

Management is another important aspect of scalability. In an enterprise environment, it is important to have a management tool that can collectively manage storage appliances. That way, tasks such as installing firmware updates can be performed at scale rather than manually on each individual appliance.

In some ways, storage appliances can be thought of as the last line of defense against a ransomware attack. After all, ransomware encryption occurs at the storage level.

Available protective measures vary widely from one appliance make and model to the next, but there are a few things that you should look for. For example, many network attached storage devices give administrators the ability to turn off features that are not being used, as a way of reducing the potential attack surface.

Similarly, there are NAS devices that use heuristics to detect and shut down ransomware-like behavior. Likewise, some NAS manufacturers provide customers with an option of running anti-malware software directly on the appliance.

Another protective feature to look for is immutability. Some manufacturers of network attached storage devices include an option to create immutable snapshots, while others allow for the creation of WORM volumes. Either option, when properly used, can help an organization to recover its data following a ransomware attack.

Automated data tiering helps ensure that files are placed on the disks that make the most sense for how a file is being used at a given moment. Hot data, for example, can be automatically moved to high-performance SSDs, while cooler data could be relocated to lower-cost commodity disks.

Automated data tiering has been around for a while, and it remains an important feature on enterprise-grade NAS appliances. However, it is important for modern network attached storage devices to also feature automated cloud connectivity. Some appliances, for example, include native support for AWS S3 storage. In some cases, this means that S3 buckets can be treated as a storage tier and admins can create rules to tell the appliance under what conditions files should be moved to cloud storage tiers. Additionally, some appliances that support native cloud connectivity will allow data to be replicated to the cloud or will support backups to the cloud.

Every high end NAS appliance uses redundancy to help organizations comply with their storage SLAs, but the degree to which redundancy is supported can vary among makes and models of network attached storage devices.

Many NAS devices include slots for spare disks (or allow admins to designate a particular disk as a spare). Various RAID architectures will allow volumes to continue to function following a hard disk failure, but the failed disk must be replaced so that the volume can be rebuilt and returned to its pre-failure state. Designated spare disks allow the rebuild operation to begin immediately. Not only does this help to get things back to normal, but taking automated corrective action also helps reduce the chances that another disk will fail before the volume has been rebuilt.

There are many things to consider when buying new network attached storage devices, including some that may not have been an issue the last time you evaluated NAS appliances. By combining this list of basic criteria and your organization’s specific requirements, you can feel confident that your new NAS devices will serve the organization well for a long time.