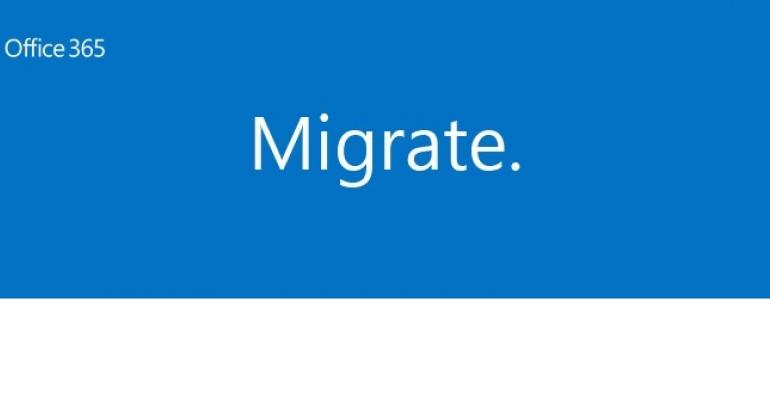 Office 365 by the numbers - an ever-increasing trajectory

Last November, I attempted to figure out how many Office 365 paid subscribers Microsoft had signed up on the basis of their reported $1.5 billion annual run-rate (at the time). I concluded that some 15.625 million paid subscriptions were in place on the basis of an average $8/month fee.

Email is used by just about every Office 365 subscriber so it seemed reasonable to compare the Office 365 subscriber number against the commonly held values for the Exchange installed base. Given a base of some 301 million seats (including seats supported by other hosting companies and all on-premises deployments), Office 365 was 5.19%. In other words, 19 of every 20 Exchange users connected to something other than Office 365. No one really argued about my guesswork at the time so it must have been pretty good – or no one wanted to say anything different.

In any case, that was then and this is now. We have new data to contemplate from sessions at MEC last April and a new $2.5 billion annual run rate reported by Microsoft Corporate VP John Case at the Worldwide Partner Conference (WPC) in July. In effect, the run rate has increased by 67% in the nine months between Kevin Turner’s comments at the 2013 analyst meeting and WPC. That’s an annualized increase of 89%, which is pretty impressive.

Age is supposed to create wisdom. In terms of looking at the numbers again, I wondered whether my previous $8 average monthly subscription income was a tad high because I had not factored in payments made to partners by Microsoft to support the business they bring to Office 365. It’s pretty common for a partner to receive payments in the tens of thousands of dollars range when they sign up a new medium-size customer. So I decided to reduce the monthly income achieved for an average Office 365 subscription to $7, meaning that the adjusted September 2013 figure is 17.58 million subscribers (5.93% of the installed base). Again, this is just my best guess and Microsoft has not provided any data apart from what they reveal in public statements.

Taking the new $2.5 billion run rate, my reckoning is that Office 365 now has 29.76 million paid subscribers, an increase of nearly 12 million in the nine months or 1.32 million new subscribers per month. Given that the majority of Office 365 users are coming from customers who are shutting down old on-premises deployments (like Exchange 2003), that’s a lot of mailboxes moving to the cloud. The good news is that although migration to the cloud remains a slow and sometimes tortuous process, it is one that is well-known at this month and the tools from companies like Binary Tree (Microsoft’s Messaging Partner of the year for 2014) and MigrationWiz have improved through experience and customer feedback.

The number of paid subscribers is not the complete story for Office 365. Microsoft uses the service for its own employees and a lot of free seats are also provided to the educational sector, to charity organizations, for trial tenants, and for partners and MVPs. Microsoft has been successful in selling (or providing Office 365) to education authorities (for example, the May 2014 agreement to provide Office 365 to 8 million students in Thailand), so by this stage the total “known” seats is probably double the paid number. Let's say 60 million in total.

It is also reasonable that the Exchange installed base has also grown from the 301 million number previously used. Some of this is brand-new business, some migrations from competing products such as Lotus Notes and GroupWise – and I hear that some comes from Google too. Of course, Google has had its successes in the last year, such as the 76,000 seats at Boston City Council. Let’s assume a 5% increase or 3.75% over the last 9 months, so the new installed base figure is just over 312 million.  With nearly 30 million paid mailboxes, Exchange Online (and Office 365) has therefore grown to represent 9.53% of the total Exchange installed base.

Vivek Sharma provided some other context at MEC when he revealed that Exchange Online had increased the number of servers running Exchange by 600% since 2012 to something over 100,000 servers. Capacity planning is a critical part of running any cloud service at scale and not all of these servers would be fully used but are there to accept the load created by ongoing migrations as customers begin to use Office 365. In addition, some of the servers are always offline as they undergo upgrades to the latest version of Windows, Exchange, and other software.

Microsoft ignores its own preferred architecture for Exchange 2013 and uses single-role servers for Office 365. No detail is available on the split between CAS and mailbox servers so I’ll use a 25/75 split. I don’t think any edge servers are used.

If 90% of the total servers are online at any time, Exchange Online has some 67,500 mailbox servers to support paid and free subscribers. Assuming that the same number of free subscriptions are used, each mailbox server supports just 889 50GB mailboxes, needing only 43TB of mailbox data per server. These are low numbers… so something doesn’t quite gel here.

Of course, some Office 365 subscribers have hybrid configurations and remain on-premises but then again there are site mailboxes, shared mailboxes, inactive mailboxes, and public folder mailboxes to factor into the equation. Let's say for now that the on-premises hybrid mailboxes roughly equal the other kinds of non-user mailboxes.

Staying with the $7/month figure, we are still at a point where less than 1 in 10 of Exchange users is in Microsoft's cloud, which seems to be reasonably aligned with the Radicati Group's April 2014 analysis that says that on-premises servers still handle 85% of Exchange (their full report covering the Exchange and Office 365 market is available for purchase).

But before any of the on-premises zealots become overheated at this thought, you have to consider current trajectory and actions. Office 365 is growing quickly and is a central part of Microsoft’s strategy. Indeed, at the recent WPC, Microsoft announced plans to “fast track” migrations to Office 365 by offering free (albeit basic) migration services to Exchange Online. Naturally, those plans aren’t too popular with partners who have invested heavily in building businesses around migration services, but it’s a sign of how serious Microsoft is in moving customers to their cloud services.

Given the most recent data, the Office 365 trajectory seems to be fully in line with the comments of Exchange development chief Perry Clarke last December when he anticipated that the portion of the on-premises installed base would reach around 40% in “the next several years.” Given the current growth rates, that seems like a reasonable point of view.

Interpreting figures is such fun.