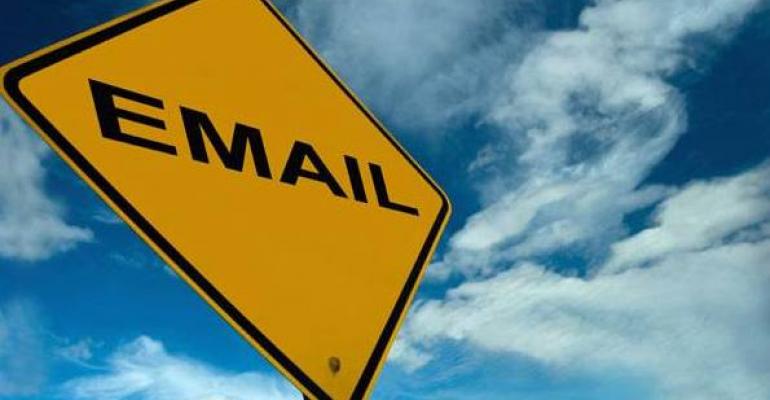 Exchange ActiveSync to be replaced by Outlook Web App on mobile devices?

In a couple of recent posts I discussed the developing user interface seen in Outlook Web App (OWA) for both Exchange 2013 and Exchange Online and how OWA takes a new approach to public folder support. These enhancements plus a most welcome increase in the client's responsiveness from Exchange 2013 CU1 onward have combined to make OWA 2013 a very nice place to work. I would not quite go as far as those who say that OWA 2013 is the best looking browser client available today, but it is certainly close to delivering the necessary mix of functionality and appearance to be able to boast a little.

The developments in OWA 2013 make me think that ActiveSync (EAS) is running out of steam and will soon be replaced by a browser-centric approach for client support across non-Windows platforms. EAS has been a sparkling success for Microsoft since its server implementation was first bundled with Exchange 2003 but I think that the market that EAS was designed to support is long since passed.

EAS uses long-lived HTTP transactions as the basis of its synchronization with Exchange mailboxes. The implementation works with a huge number of client types from iPhones and iPads to Android devices to Windows Surface. As a method of communications over flakey networks such as the kind of mobile networks we had in the latter part of the last decade, the approach taken by EAS delivered a very solid method of getting email, calendar, contacts, and tasks information to mobile devices. Ever since 4G networks started to appear, the need for EAS has diminished. That trend continues as new and more powerful mobile devices are built to use the kind of fast and abundant networks that are now commonly available.

EAS is limited in what it does. Look at the Mobile Outlook client available in Windows Phone (7.8 or 8) and compare it to OWA. You’ll see that the mobile client does a good job of dealing with email, calendar, contacts, and tasks but no more. Mobile Outlook and every other mail app that supports EAS is constrained by the limits imposed by the protocol. The limits exist for good reason as the last thing you want is for mobile clients to engage in extended discourse with a server. Standardizing the calls and restricting them to particular operations lay the foundation for well-structured communications, which is what EAS delivers.

But consider that Microsoft has now delivered a version of OWA that is more functional than any EAS client and think of the engineering costs that are necessary to keep both EAS and OWA moving forward. Think of the standards-based approach taken by OWA, including in its implementation of offline access. Think of its support for archive mailboxes and public folders and soon, perhaps, site mailboxes, and its ability to handle advanced Exchange features such as retention polcies and tags. Think of how OWA seems to be able to embrace and support new server-enabled features and how it can use the new app model to extend its capabilities even further. Think of how browser support constantly evolves at pace across all the modern mobile device types. It’s a very compelling picture.

Now think of what might happen if Microsoft had to make a decision to reduce engineering spend in one area to make room for additional investment in another. It doesn’t take much imagination to come up with a scenario where EAS is placed into maintenance mode and all of the engineering attention focuses exclusively on OWA as Microsoft's preferred client for mobile devices. It makes even more sense if Microsoft can then direct all the mobile device vendors to use the well-trodden path taken by OWA to connect to Exchange and so avoid some of the disastrous interactions that EAS has experienced in the past, notably when Apple’s mail app attempted to have unnatural relations with Exchange via EAS.

Microsoft went down this path before with Outlook Mobile Access (OMA), an attempt to extend coverage to very basic phones or phones with very small screens. The venture I anticipate would be nothing like OMA. Instead, it would be a full-blown OWA experience for mobile devices. I don’t think that this will happen overnight because considerable work would no doubt have to be done to make such a scenario viable. We might see it in 2014. Or maybe 2015.

I don’t work for Microsoft and do not know what thought processes are ongoing inside the Redmond campus. But all protocols come to a natural point when their usefulness is degraded by changes in the technology landscape. I think EAS is at that point now. We’ll just have to wait and see whether Microsoft agrees.