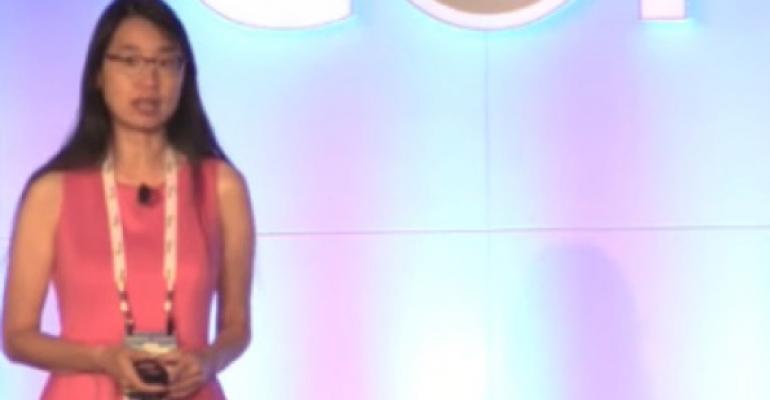 Wrapping Your Head Around Private Blockchains

Anyone trying to understand the business potential of blockchains, which are being advertised as the up-and-coming next "greatest thing," might want to take a look at how the technology is already being used. At the most recent LinuxCon, Donna Dillenberger with IBM's Watson Research Center explained how Big Blue is already implementing the Linux Foundation's Hyperledger project.

"We have four thousand suppliers and partners all over the world that are sending us parts to build computers," she explained. "That causes us to have 25,000 disputes every year."

The nature of the disputes would be headaches familiar to any business office. Vendors might say they sent IBM an invoice, which the company has no record of receiving, or that a part was shipped with the company finding no record that it arrived. At IBM, the average dispute amounts to about $31,000 and each dispute takes 44 days to resolve.

With this system in place, vendors no longer have to spend time on the phone with a call center to track down an unpaid invoice, but can check the blockchain to see not only whether it was received, but also whether it's been approved and if a payment is on the way.

"It's cut down the amount of time that it takes to resolve a dispute," Dillenberger said.

Also at LinuxCon, Hyperledger's executive director, Brian Behlendorf, offered a hypothetical scenario that might have helped lessen the impact of the last recession.

"In 2008, when the home mortgage and real estate market disaster unfolded," he said, "the biggest reason for the panic selling was the fact that you had companies selling tranches of risk in mortgages, which meant that somebody's mortgage might be owned by a hundred different banks if their mortgage had been sliced and diced by many of the operations. The problem was, as things started to fall apart no one could find the paperwork, and when no one can find the paperwork on your house, you can't sell it, or if you can, you have to sell it for pennies on the dollar. This became a real nuts and bolts real asset emergency and part of that was because there wasn't a way to quickly look this up, there wasn't a record of these transactions that independently could be gone through.

"I'm not saying blockchain would've solved that," he added, "because there could have been bad applications or incomplete applications. But many people say this is the kind of technology that could try to help keep the next major disaster like that from being about a paperwork disaster."

The Hyperledger project's blockchain is a "private" blockchain that differs from "public" blockchains, such as the one that was developed for Bitcoin around 2008, in three major ways that are essential for business use. Not only can each posted item be encrypted, permissions can be put in place to determine who can view the item. In addition, each item can be digitally signed to identify who posted it.

Businesses are jumping on the bandwagon for this technology, which can be seen by the number of sponsors who've signed on for the Linux Foundation's efforts. "Initially when it launched there were about 20 sponsors who said let's come together to get this kicked off," Behlendorf said. "There are now 80 different sponsoring members, everyone from companies like Airbus, who is looking at using blockchain technologies to implement a transparency layer for their supply chain, to a small Chinese startup company called The Orange Magic Cube."

The project is also getting developmental help from companies that don't typically collaborate on open source projects. "A company like J.P. Morgan bank has certainly ingested a lot of open source before, and they've worked with companies like Red Hat and others to push any changes they might have needed back upstream," Behlendorf explained. "But this is the first time that a company like that, a bank, is saying that this is a core technology for us and we have our own devs helping push the platform forward. We don't just want to be a consumer way outside here."

The Linux Foundation's Hyperledger project's application is currently pre-beta and is licensed under Apache License, Version 2.0.