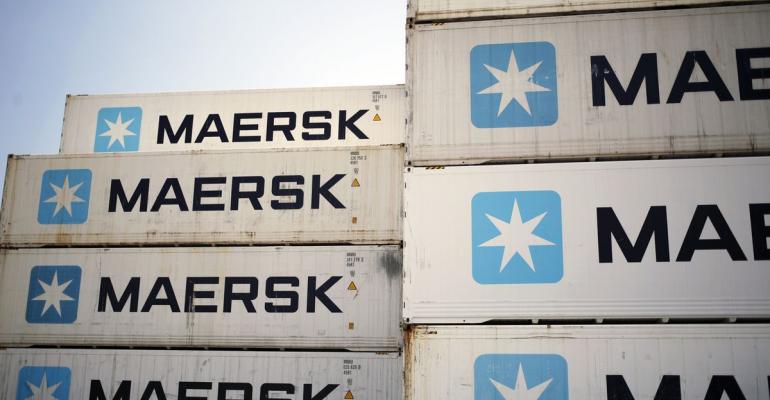 Blockchain has become a key bet for IBM as the company seeks to sell more of its software delivered through its cloud server infrastructure.

(Bloomberg) --IBM and A.P. Moeller-Maersk A/S have started a company that will use new technologies such as blockchain, a digital ledger best known for underpinning bitcoin, to track cargo movements and automate paperwork for shipping across international borders.

Maersk, the Danish conglomerate that owns the world’s largest container shipping line, will be the first to use the new platform, while International Business Machines Corp. will provide the back end and support for the technology. The new company said it expects to sign up large shippers, ports and customs officials for the service, set to become available in the second half of 2018.

The IBM-Maersk joint venture, which will be based in the New York City area, named Michael White, former president of Maersk Line in North America, as chief executive officer. Maersk will own 51 percent of the new company, with the rest of the stake belonging to IBM, the companies said Tuesday in announcing the new venture. The two companies started testing blockchain technology for the cargo supply business in June 2016.

On its first day, the new firm will track 18 percent of ocean containerized trade, White said in a phone interview. It will need merger approval from regulators, he said.

“Technology is changing everything about our world today, and it’s about time to let it change our business,” White said, adding that the company will also use web-connected devices and newest analytics technologies. “We think we can lower the cost of global trade.”

Blockchain has become a key bet for IBM as the Armonk, New York-based company seeks to sell more of its software delivered through its cloud server infrastructure. Big Blue needs to get more customers to buy its suite of cloud-based products to return to revenue growth and improve margins. The digital ledger technology requires multiple companies to join the same network to work, which means signing on one client makes it easier to sign on more. The blockchain software developed by the new company will run on IBM’s cloud.