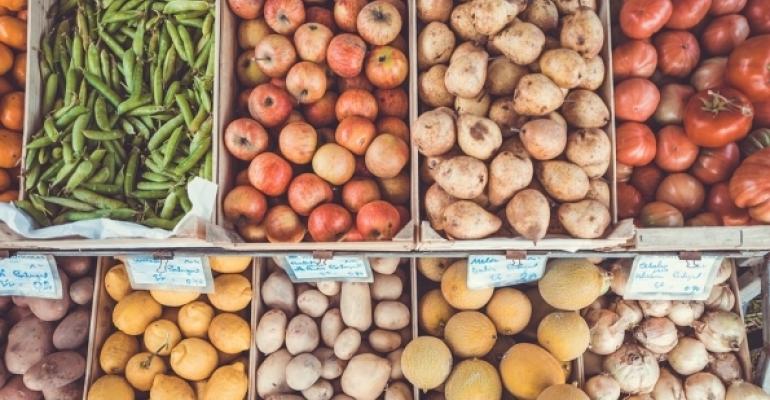 Another new use has been found for blockchain. Last week, IBM announced that it's collaborating with a group of 10 major food suppliers "to identify new areas where the global supply chain can benefit from blockchain." It appears that initially the focus will be on tracking food products as they move their way from farm to processing facilities to grocery store shelves. The deal includes Dole, Driscoll’s, Golden State Foods, Kroger, McCormick and Company, McLane Company, Nestlé, Tyson Foods, Unilever and Walmart.

Actually, this is not so much a "new" use of blockchain as it is an adaptation of an already established use. For several years IBM has been doing something similar with its use of blockchain to track its own supply chain.

The collaboration should have a positive impact on consumers on several levels. Big Blue has seen tremendous savings in its own use of the technology, and if food suppliers see similar savings -- and there's little reason to believe they won't -- that should help keep prices down on store shelves. Consumers will also see a public health benefit, as the technology will enable food suppliers to quickly identify the source of food borne outbreaks.

The latter is key. According to IBM, each year one-in-10 people fall ill from contaminated food, and about 400,000 die. "It can take weeks to identify the precise point of contamination, causing further illness, lost revenue and wasted product," the company pointed out in a statement. "For example, it took more than two months to identify the farm source of contamination in a recent incidence of salmonella in papayas."

"Safety is a key value for Kroger, and our partnership with IBM positions us to explore and test blockchain technology as a solution for enhanced food safety across our business," said Howard Popoola, Kroger's vice president of Corporate Food Technology and Regulatory Compliance, in a statement. "Food safety is a universal priority for food retailers and companies. It's not a competitive advantage; it benefits our customers to have greater transparency and traceability in the supply chain."

Using blockchain, all participants in the process -- growers, suppliers, processors, distributors, retailers, regulators and consumers -- can be given access to known and trusted information regarding the origin and state of food. According to IBM, this means that the source of an outbreak can be found in minutes or hours instead of days or months.

The collaboration is also good for IBM and other companies pushing blockchain. Because the uses being pursued by the food industry are basically a repurposing of existing uses, this indicates that the technology is maturing and that adopting blockchains is now becoming somewhat intuitive. This should make the technology easier to sell, which hasn't been the case up until now.

Although a couple of years back blockchain was being touted as "the next big thing," its adoption has been rather slow. Financial institutions, the tech's most obvious match, have shown interest, but being conservative by nature have been slow to adopt. Health care has been slowly adopting it, employing it to protect patients privacy and for purposes such as making medical images quickly and securely available. Blockchain is also being adopted by the oil exploration industry, and in Europe, it's being harnessed as a peer-to-peer network to aid wholesale energy traders.

IBM evidently seems to think that its new food industry partnerships makes this a good time to more actively push the technology. In the same press release that it used to announce the food deal, it introduced a new Blockchain Platform, available through its Bluemix Cloud, which offers something akin to one-stop-shopping for blockchain technology.

According to Big Blue, the platform is designed with ease-of-use in mind.

"It offers the development tools that enable organizations of any size – and from any industry – to set up and participate in a blockchain network, from multinational corporations to a farmer with a smart phone," said Marie Wieck, IBM's blockchain GM, in a blog. "All members within a blockchain network will see the benefits of faster and more secure transactions and exchanges of information."

Pricing for the Blockchain Platform starts at $0.50 hourly.