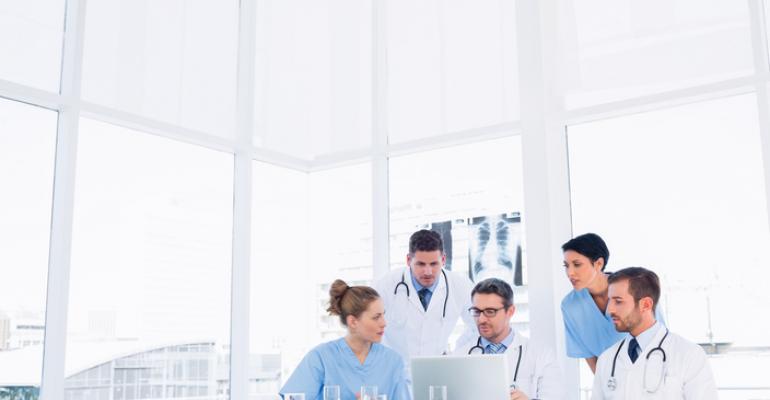 How Blockchain Could Improve Healthcare Security

Blockchain, which stores data in patterns that can't be modified, may have promise in healthcare privacy and security, says an expert.

Healthcare IT operations require high data security and tight compliance with federal HIPAA privacy regulations, which could potentially make the field a prime opportunity for blockchain technology in the future.

Such possibilities have arisen in the healthcare IT market in recent months as new methods are constantly being sought to harden security and privacy for patient records, medical facilities and more, Tapan Mehta, a market development executive in the healthcare and life sciences services practice at consulting and technology services company DMI, told ITPro.

While Bitcoin is the most popular use of blockchain technology today, the technology's design as a distributed ledger system has been around for decades, said Mehta. Blockchain takes data bits and replicates them on multiple nodes, placing copies of the data on multiple endpoints in a storage system. But because the data is copied widely, the instances can't be changed because they are in multiple places, making them more secure.

As the technology behind Bitcoin, it "gives users a secure way of knowing that if I am sending money from point A to point B that it's going to reach that destination," said Mehta. Such a system could show similar promise in healthcare because it can provide a high level of information security, he said.

A multitude of use cases are possible in the healthcare industry, including for health insurance claims adjudication and billing, patient health records, healthcare internet of things uses and medical payment reimbursements, according to Mehta.

"Within the healthcare space, customers are actively looking at this on the payer side, trying to figure out what it is and how they can use it," he said. "A lot of fraudulent activity has been going on," including billing for services not offered, which has wasted a lot of money from insurance companies. Those insurers are very interested in finding better ways to minimize fraudulent activities and risks, which is how blockchain is being eyed, he said.

Pharmaceutical companies could also be interested in blockchain to potentially improve their costly clinical trials for new drugs, he said. Traditional drug development processes can take 8 to 10 years, and most pharmaceutical companies use silo-based models to develop each drug independently. If secure systems using blockchain could be established to allow the sharing of information, patient pools and test results between projects, then it could shorten the time to market for new drugs and improve collaboration, said Mehta.

Drug counterfeiting could also be addressed using blockchain by establishing secure, unified means to track drugs from their manufacturing plants to pharmacies and retail stores, potentially eliminating some $200 billion of counterfeit drugs annually, he said.

"People typically associate blockchain with the only use they know of, Bitcoin," said Mehta. "What's novel now is the new implementations of how it is being used." The topic has been arising more and more as healthcare officials look to improve security and make other systemic improvements using technology.

Blockchain is being used in the financial services industry and healthcare companies are hot on their heels, he said, though healthcare users traditionally are slower to look at or adopt new technologies.

Even companies like Airbnb and Uber are looking at blockchain possibilities to see how it might help their operations, he said, though their first use cases might be 12 to 18 months away.

"The main point of attraction for many people from a technology standpoint about blockchain is that once a data record is created, it is cast in stone and there is no way to change it from a security standpoint," said Mehta. "That's one of the strengths of this technology."

Still, there are hurdles out there for blockchain adoption to be a sure thing in the healthcare industry.

"What must drive this are third-party consortiums that have to create a framework to have things evolve for it to be embraced," he said. One group, the Hyperledger Foundation, is driving such an effort today. "You would need the participation of these kinds of consortiums and third-party groups for this to take a footing, otherwise people are going to be going in circles."