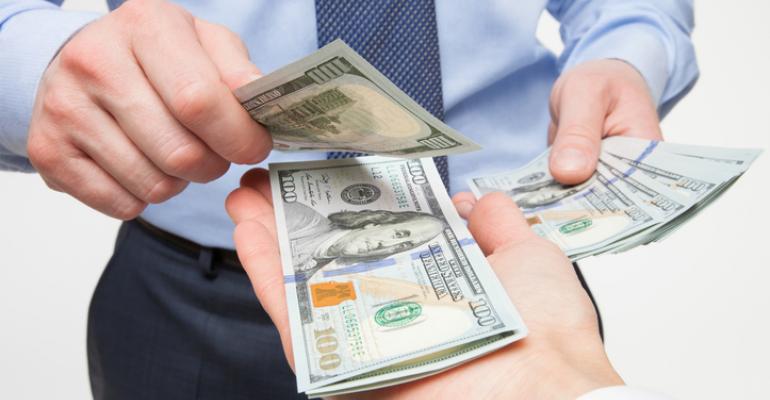 When an open source project is lacking needed contributions, FundRequest will let users offer a cash incentive to inspire the needed code.

Sometimes code contributions to open source projects can stall, leaving companies and other users of the project hanging while they wait for a contributor to solve a problem or add a requested feature.

For systems and DevOps engineer Karel Striegel, that wait sometime had become a personal frustration as he worked with open source. When he would find a bug that he couldn't resolve in open source code he was using for a project, he'd be halted in his tracks.

Related: How to Monetize an Open Source Project

"Really, all you can do is raise an issue and hope a developer will resolve it for you," Striegel told ITPro. "The only thing you can do is ask nicely. For normal users [who are not coding-savvy], that's all they can do."

That's when Striegel decided to find a way to help open source users get the answers they need more quickly by offering monetary incentives for contributions that aren't coming in on their own.

"The idea came to life by asking how could we incentivize developers to pick up our requests without having to convince them," he said. "Then the money aspect came into play."

The project, called FundRequest, has been under development for about a year and uses blockchain to establish a secure, reliable way of transferring money from needy open source users to the helpful developers who agree to solve their issues for a price.

FundRequest is using the Ethereum blockchain app platform to build and organize the system and to conduct transactions. Ethereum also dovetails with open source platforms such as Github and can supply related data to disperse funding as required, said Striegel. The Ethereum platform allows code to be written directly to it, making it simpler to build and configure.

The system is designed to pay contributors with a token that will be worth whatever amount of money that's being offered by a user who is seeking coding help. The tokens, once received by the contributor, can later be exchanged in a variety of currencies for payment, essentially acting like an escrow service.

The person or company that sought the coding work will reply after a contribution is offered and let the contributor know if it solved their issue. If so, they will reward the contributor with the token for their agreed upon payment.

"This is the initial goal of the platform," said Striegel. "Eventually, I want to be able to have our users be able to use PayPal to fund and pay rewards" to streamline the process and make it easier to use for code requesters and contributors. "Otherwise, it will difficult to have a mainstream platform."

Tokens are necessary today with the system because U.S. dollars won't work currently with blockchain, he said. Crowdfunding options will also be included so that open source users needing the same type of help or features will be able to offer a combined cash reward to solve their issue.

Users will come to a website to interact with FundRequest and will not see any of the blockchain underpinnings when making their transactions. Striegel has written a whitepaper that provides more details about the project.

FundRequest is being built now in a test environment and has several test users who are experimenting with it and reporting on its performance and needed features, said Striegel. He expects the first beta version to be available in the beginning of 2018.

"We're quite strong believers of the project," he said. "At the moment we are gathering funds to be sure we can continue development for the next year or two" to establish the project.

At the same time, Striegel is also quick to add that FundRequest isn't designed to monetize all open source developments and projects.

"We do not want to say that every issue has to be funded" to get it resolved, he said. "You can't expect that everyone wants to work on a project without any return. I think both could live in harmony."

One benefit of the platform is that it could help some developers gain money for some of their open source work so they can continue to contribute on other non-paid projects, he said. "Additionally, quite a lot of open source projects are struggling to stay alive" and this could help those projects raise funds that can sustain them.

FundRequest could boost open source as well, he said. "At the end of the day, more businesses are taking more advantage of open source projects and that's why we're looking to expand this support."