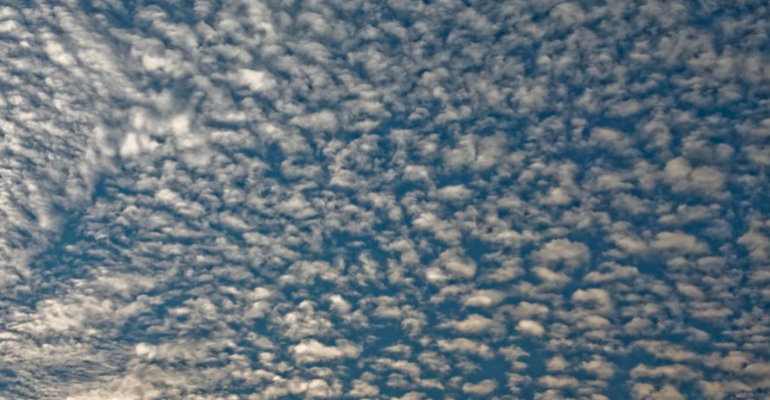 Cloud blockchain services are designed to help developers build, deploy or run applications that interact with a blockchain.

Azure and Amazon Web Services (AWS) are in something of an arms race surrounding cloud blockchain services. What does each public cloud provider offer for developers looking to build blockchain apps? Which types of blockchain use cases do they cater to?

Here’s a look at answers to those questions, based on a comparison of the blockchain-related services available from both AWS and Azure. (There are other players in the cloud blockchain market, including IBM and Oracle, but we’ll restrict our focus here to the two biggest public cloud vendors, Azure and AWS.)

What Is a Cloud Blockchain Service?

Before jumping into the AWS versus Azure blockchain discussion, let me define what I mean by “blockchain service” in the cloud.

I’m referring to any type of cloud-based service that is designed to help developers build, deploy or run applications that interact with a blockchain in some way. The services could integrate with an existing public blockchain, like bitcoin or ethereum, or they could allow organizations to launch their own blockchains.

In short, if it runs in the AWS or Azure cloud and it has to do with a blockchain in one way or another, it’s relevant for comparing the blockchain offerings of these two public clouds.

The first is Azure Blockchain Workbench, whose launch in May 2018 signaled Azure’s jump into the blockchain market.

To date, much of Microsoft’s messaging related to Azure Blockchain Workbench has centered on enterprise use cases. The company touts use cases for its blockchain service involving payment reconciliation for online travel and managing data for insurance companies, for example.

Microsoft took the functionality of Blockchain Workbench a bit further in November 2018, when it launched the Azure Blockchain Development Kit.

In addition to the services listed above, Azure offers several notable blockchain-related tools:

AWS’s blockchain offerings include the following:

Perhaps the most basic is Amazon Quantum Ledger Database, or QLDB. AWS describes the service as “a new class of database.” It allows AWS users to run databases that offer the core features of a blockchain--data transparency, immutability and cryptographic verifiability--without having to set up their own blockchain.

Thus, QLDB is in essence a data storage solution with some special features. If you want the advantages of blockchain-based data storage without having to create or manage a blockchain yourself, QLDB is your answer.

If you want to create and run a blockchain of your own, Amazon Managed Blockchain is the AWS service you need. Managed Blockchain lets you create new blockchains hosted on AWS infrastructure using Hyperledger Fabric or Ethereum. (Ethereum support is forthcoming, according to Amazon.)

Thus, Managed Blockchain is more or less the AWS equivalent of Hyperledger Fabric for Azure and Ethereum for Azure, both discussed above.

AWS Blockchain Templates offer another way to create blockchain networks quickly and host them on AWS infrastructure. Like Amazon Managed Blockchain, they are powered by Hyperledger Fabric and Ethereum.

Azure vs. AWS for Blockchain

All in all, the blockchain services offered by Azure and AWS are broadly comparable. Both clouds provides quick ways of creating new blockchains and hosting them on their infrastructure.

That said, Azure currently stands out for offering somewhat more robust support for building real-world blockchain applications that are fully integrated with other Azure services. AWS’ blockchain offerings are designed primarily for developers who want to spin up a blockchain network quickly to test an application they are developing, then deploy that application on an actual public blockchain instead of on AWS.

In contrast, Azure Blockchain Workbench and Development Kit provide extensive integration between the rest of the Azure cloud and an application running on a blockchain. You can use Azure services not just for testing blockchain applications, but also for real-world, production-level tasks like credentials management within a blockchain app.

AWS Managed Blockchain, which was announced just last November, seems to be an effort by AWS to move in Azure’s direction with respect to deploying production blockchain apps on AWS infrastructure. Azure has a bit of a lead, but AWS is following close behind on the blockchain front.

What Are Permissioned Blockchains, and How Can They Help IT Pros?
Nov 20, 2018

5 Times You Can't Leverage the Advantages of Cloud Computing
Oct 20, 2018