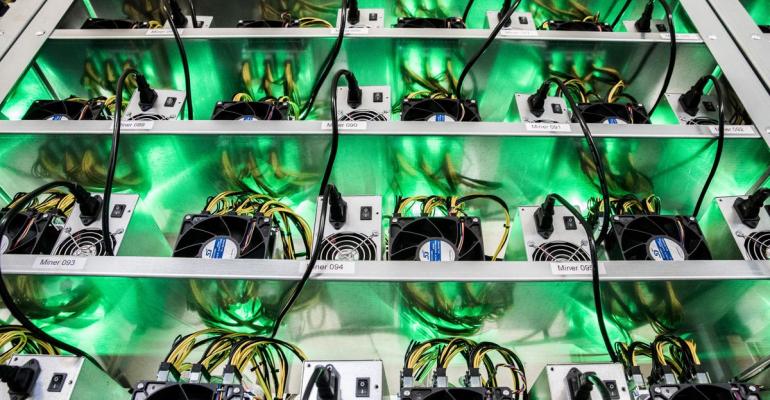 Can Blockchain Fix the Opioid Epidemic? Intel Wants to Find Out

The chipmaker, working with health companies, aims to use so-called blockchain technology -- similar to the one that underpins the digital currency Bitcoin -- to better trace drugs and potentially stem the epidemic.

(Bloomberg) --Digital currencies have been accused of worsening the opioid crisis because they make it easier to buy and sell drugs anonymously.

Now Intel Corp. and the pharmaceutical industry are planning to fight fire with fire. The chipmaker, working with health companies, aims to use so-called blockchain technology -- similar to the one that underpins the digital currency Bitcoin -- to better trace drugs and potentially stem the epidemic.

The idea is to pinpoint where drugs leak out of the supply chain. Blockchain also could help flag “double doctoring,” where an addicted patient takes out more than one prescription from multiple physicians.

“It will vastly reduce the opioid epidemic,” said David Houlding, director of health-care privacy and security at Intel Health and Life Sciences. “I would not say this will eliminate the opioid problem, but this will help.”

The approach is being tested this spring, when Johnson & Johnson, McKesson Corp. and other companies enter simulated data into new digital ledgers. The experiment will see how easy it is to track pills as they travel from the manufacturer all the way to a patient’s home.

Their tests could progress to a live pilot project and possibly a limited deployment by year-end, said Intel’s Houlding, whose company is providing some of the technology.

The ultimate goal, he said, is for all drug-related companies and their suppliers worldwide to be on blockchain, an online ledger that can’t be erased. Then government agencies such as the Food and Drug Administration could potentially plug into the blockchain and provide oversight, he said.

The opioid crisis has been driven by booming prescriptions sold to pharmacies, hospitals and doctors’ offices. They nearly quadrupled in the first decade of 2000s, despite no signs that Americans were reporting more pain. One study showed that every year more than 100 million pills prescribed just for tooth extractions may go unused and unaccounted for.

Opioids include the illegal drug heroin, prescription painkillers like OxyContin, and street versions mimicking their effects such as fentanyl. Deaths from overdoses have been steadily rising for 16 years. Roughly 115 Americans die on average each day from an overdose.

The severity of the epidemic has attracted a broad swath of businesses and organizations, including technology companies.

Blockchain could eventually help track a drug all the way to the point when it’s ingested by a patient, while using the encrypted nature of the technology to safeguard privacy.

The startup ISolve is working on a system called BlockRx that would connect everyone from drug companies to medical-device makers via blockchain.

“We’d be able to say, ‘This patient took this medicine at that time,’” said Darryl Glover, chief clinical officer at iSolve.

Until now, the job of tracking prescriptions has mostly fallen to state-level drug-monitoring programs. Their databases can help identify problems, such as “pill mills” that overprescribe painkillers or patients who “doctor shop” for extra prescriptions.

One big problem is that patients can travel across state lines to get new prescriptions.

To address that, Appriss Inc. makes software that sifts through prescription records from 45 state governments to detect potential opioid abusers. Still, such systems aren’t fail-safe: Excess dosages prescribed to patients can get diverted into the hands of children, friends and neighbors. Doctors may not check patient histories before prescribing, and records in the databases can potentially be altered.

That’s not so with blockchain, whose entries can’t be changed.

“The industry could most certainly benefit from using an immutable database,” said Lucas Nuzzi, a senior analyst at Digital Asset Research.

The effort could include using sensors and scanners to ensure that information is entered accurately. After a pharmacy issues a drug and scans it, the record will immediately appear on the blockchain. Each bottle -- and even each pill -- would be traceable all the way through the supply chain. And any escapees could be investigated.

“The other thing the blockchain is really good at is interconnecting systems that don’t readily speak to each other,” Glover said. Multiple states, companies and pharmacies would be on the same system.

The FDA is interested in the idea -- even if it’s “early in the process,” said spokeswoman Tara Rabin. The technology also could be used in the exchange of medical records, she said.

“Because electronic medical records contain information on prescription refill behavior, use of blockchain technology may add to the FDA’s understanding of how prescription opioids are being abused and spread illicitly into our communities,” Rabin said in an email.

Intel is working on fighting the opioid crisis as part of a broader industry effort coordinated by the Center for Supply Chain Studies. Its aim is to help the pharmaceutical industry comply with the Drug Supply Chain Security Act, which requires companies to better track medicines.

The key to the project’s success will be getting as many companies as possible to use the same system. It also will depend on everyone entering the drug data correctly, which is a challenge. Since many opioids come from China, those may continue to fall through the cracks.