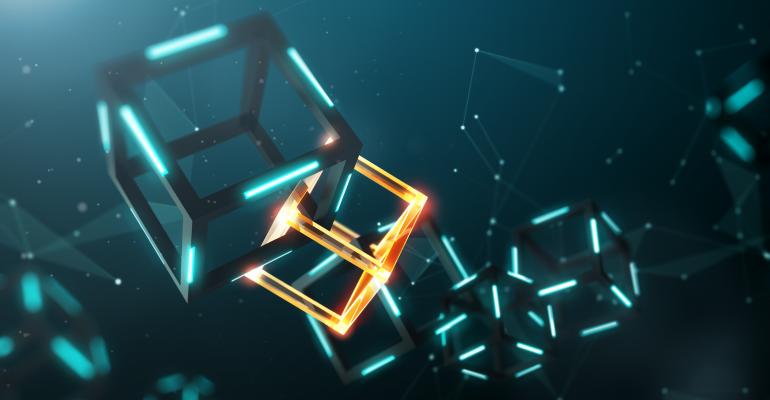 Blockchain, Once Seen as a Corporate Cure-All, Suffers Slowdown

Corporate America’s love affair with all things blockchain may be cooling. A number of software projects based on the distributed ledger technology will be wound down this year.

(Bloomberg) -- Corporate America’s love affair with all things blockchain may be cooling.

A number of software projects based on the distributed ledger technology will be wound down this year, according to Forrester Research Inc. And some companies pushing ahead with pilot tests are scaling back their ambitions and timelines. In 90 percent of cases, the experiments will never become part of a company’s operations, the firm estimates.

Even Nasdaq Inc., a high-profile champion of blockchain and cryptocurrencies, hasn’t moved as quickly as hoped. The exchange operator, which talked in 2016 about deploying blockchain for voting in shareholder meetings and private-company stock issuance, isn’t using the technology in any widely deployed projects yet.

“The expectation was we’d quickly find use cases,” Magnus Haglind, Nasdaq’s senior vice president and head of product management for market technology, said in an interview. “But introducing new technologies requires broad collaboration with industry participants, and it all takes time.”

Blockchain is designed to provide a tamper-proof digital ledger -- a groundbreaking means of tracking products, payments and customers. But the much-ballyhooed technology has proven difficult to adopt in real-life situations. As companies try to ramp up projects across their businesses, they’re hitting problems with performance, oversight and operations.

“The disconnect between the hype and the reality is significant -- I’ve never seen anything like it,” said Rajesh Kandaswamy, an analyst at Gartner Inc. “In terms of actual production use, it’s very rare.”

That could be bad news for makers of blockchain software and services, which include International Business Machines Corp. and Microsoft Corp. They’re aiming to make billions on cloud services that help run supply chains, send and receive payments, and interact with customers. Now their projections -- and investors’ expectations -- may need to be tempered.

“Blockchain is supposed to be an important future revenue stream for IBM, Microsoft and others in equipment sales, cloud services and consulting,” said Roger Kay, president of Endpoint Technologies Associates. “If it materializes more slowly, analysts will have to make downward revisions.” 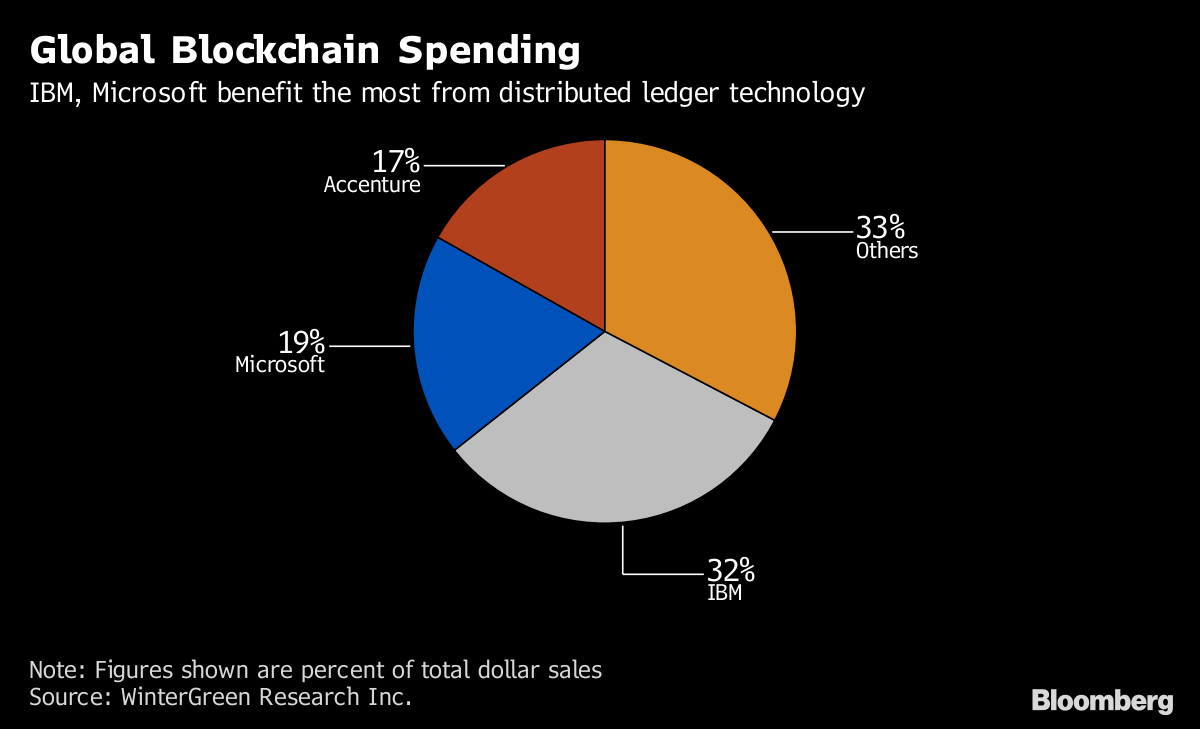 IBM, which has more than 1,500 employees working on blockchain, said it’s still seeing strong demand. But growing competition could affect how much it can charge clients, according to Jerry Cuomo, vice president of blockchain technologies at IBM.

Microsoft also remains upbeat. “We see tremendous momentum and progress in the enterprise blockchain marketplace,” the company said in a statement. “We remain committed to developing cutting-edge technology and working side-by-side with industry leaders to ensure business of all types realize this value.”

So far, IBM and Microsoft have grabbed 51 percent of the more than $700 million market for blockchain products and services, WinterGreen Research Inc. estimated earlier this year.

Many companies that previously announced blockchain rollouts have changed plans. ASX Ltd., which operates Australia’s primary national stock exchange, now expects to have a blockchain-based clearing and settlement system at the end of 2020 or the beginning of 2021. Two years ago, the company was aiming for a commercial blockchain platform within 18 months. An exchange spokesman said “there’s been no delay,” as the company hadn’t announced the exact launch date until recently.

Another early advocate, Australian mining giant BHP Billiton Ltd., said in 2016 that it would deploy blockchain to track rock and fluid samples in early 2017. But it currently doesn’t “have a blockchain project/experiment in progress,” according to spokeswoman Judy Dane.

But there could be more of an uptick next year, according to blockchain-backing organizations.

“It’s not on a steep ramp-up curve at all,” said Ron Resnick, executive director of Enterprise Ethereum Alliance, comprised of about 600 members such as Cisco Systems Inc., Intel Corp. and JPMorgan Chase & Co. “I don’t expect that to happen this year. They are still testing the waters.”

One reason behind the delays: Most blockchain vendors don’t offer compatible software. Companies are worried about being beholden to one vendor -- an issue the EEA group hopes to resolve by setting standards.

The organization will launch its certification testing program for blockchain software in mid-2019, Resnick said. Rival industry effort Hyperledger, which represents companies such as IBM, Airbus SE and American Express Co., is preparing to connect its blockchain software to a popular platform called Kubernetes.

Most blockchains also can’t yet handle a large volume of transactions -- a must-have for major corporations. And they only shine in certain types of use cases, typically where companies collaborate on projects. But because different businesses have to share the same blockchain, it can be a challenge to agree on technology and how to adopt it.

Many companies also are simply worried about being the first to deploy new technology -- and the first to run into problems.

“They want to see other people fail first -- they don’t wanna be a guinea pig,” said Brian Behlendorf, executive director of Hyperledger. “It’s just the nature of enterprise software."