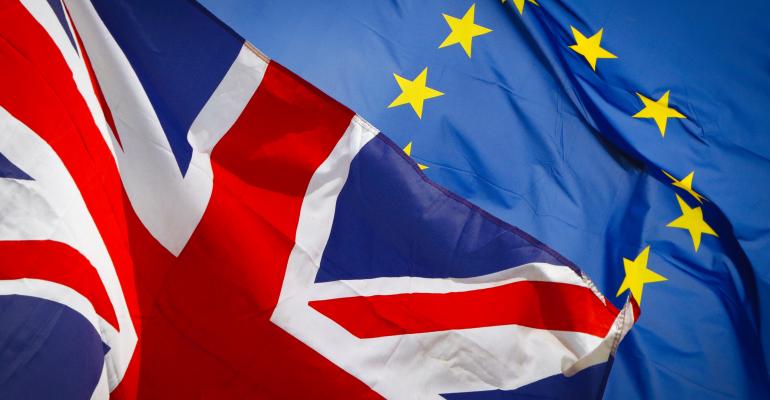 The IT System to Avoid Border Chaos Won’t Be Ready for Brexit, Lobby Group Says

The key IT system designed to avert border chaos when Britain finally separates from the European Union at the year-end won’t be fully tested and ready in time, according to Britain’s biggest logistics trade group.

(Bloomberg) --  The key IT system designed to avert border chaos when Britain finally separates from the European Union at the year-end won’t be fully tested and ready in time, according to Britain’s biggest logistics trade group.

Government officials told Logistics U.K. that the Smart Freight System -- designed to avoid snarl-ups at key channel ports such as Dover -- will only go into beta testing in mid-December and won’t be completed until April, the lobby group said in a statement on Tuesday.

The government says the system will be operational in December. But the prospect that businesses will be forced to use a new IT system to process billions of pounds of exports before it has been fully tested has prompted the industry to warn of potential chaos. The system is the centerpiece of the government’s strategy to avoid miles-long traffic jams and delays for businesses when customs checks are imposed after Britain leaves the EU’s single market and customs union on Dec. 31.

“To find out, with only 14 weeks to go, that there will not be a ready, workable solution for those moving goods to the EU is a massive blow to U.K. businesses and the economy,” said Elizabeth de Jong, director of policy at Logistics U.K. “It is a crushing disappointment.”

“The Smart Freight web service will be up and running for January 2021 to minimize any potential disruption and we are working with businesses and the haulage sector to ensure that it is effective and simple to use,” said a spokesman for the Cabinet Office in London. Beta is a standard labeling practice for a digital service that is fully operational, he added.

The government’s website says the “beta label is displayed on a new service to show it’s being tested -- it may not work for everyone.”

The disclosure that such a key system may not be fully tested in time adds to the pressure on the government over its handling of Brexit. In recent days, Prime Minister Boris Johnson has been criticized for threatening to break international law by tearing up part of the Brexit Withdrawal Agreement he signed only last year. He now faces a rebellion by lawmakers from within his own party.

“The Tories have had over four years to get ready for this,” Rachel Reeves, Labour’s shadow cabinet office minister, said on Twitter. “U.K. businesses deserve so much better than this government’s incompetence.”

The Smart Freight System is a web portal designed to ensure truckers have the right paperwork when traveling into the EU and reduce the risk they will be turned around at the border by customs officials on the other side of the channel.

It will be needed whether or not Johnson reaches a wider free trade agreement with the bloc by then. With Britain outside the EU’s customs union, goods entering the bloc from the U.K. will require customs declarations.

As part of the plan, the government is building lorry parks to hold vehicles that don’t have the right documents. Truck drivers will also face fines of as much as 300 pounds ($386) if they attempt to enter Kent -- home to the key cross-channel port of Dover, which processes up to 10,000 trucks daily -- without having a permit from the SFS.

Bracing for Brexit: How your IT department can prepare for the coming changes
Jul 08, 2016