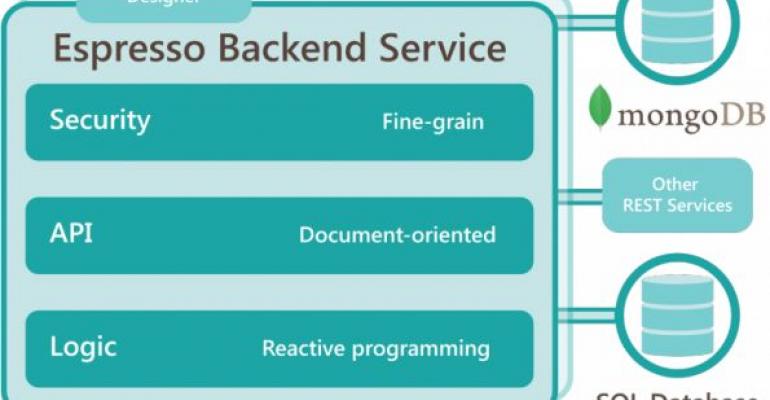 Espresso Logic recently announced a new functionality for developers that will allow developers to combine different types of data into one common and easily-accessed REST API. Espresso, a backend-as-a-service (BaaS) provider, focuses on helping professionals develop the backend of web and mobile applications. This new function taps into that focus to ensure that bridging the gap between NoSQL and SQL data is less of a headache than it used to be.

Big data and relational data are both absolutely necessary, but do not easily interface with one another—a problem that has been more prevalent since big data has been on the rise. In order to access those multiple different data sources, IT and developers have a need for a universal API that will allow them to join data together.

According to Espresso Logic, developers will be able to join data across MongoDB collections and also join with SQL into a single unified API, all using a point and click interface. Unified authentication, including LDAP, Windows Azure AD, Stormpath, etc., can be applied along with role-based endpoint access control. Developers will also be able to apply business rules to SQL data base on inputs from MongoDB, as well as be able to provide validation and event handling services for MongoDB.

A free trial is available. The full developer version is priced at $50 per month, and the production version is available starting at $500 per month. You can register on Espresso Logic's registration page to create an account for using the new function, or you can visit the Espresso Logic homepage for more information.

Role of Chief Data Officer: Essential so Why the Turnover?
Jul 24, 2021