/sites/all/themes/penton_subtheme_itprotoday/images/logos/footer.png
Recent
Recent
D.C. Sues Zuckerberg Over Cambridge Analytica Data Breach
May 23, 2022
Investor John Doerr: Silicon Valley Should 'Triple Down' on Clean Tech
May 23, 2022
Open Source OpenFeature Project Takes Flight to Advance Feature Flags
May 20, 2022
How to Use Synthetic Datasets in Machine Learning Models
May 19, 2022
Featured
5 Best Practices for Compliance-Proofing Your Cloud Strategy
May 18, 2022
4 Reasons Why AWS Could Lose Its Dominant Cloud Market Share
May 10, 2022
How to Spot the Warning Signs of Ransomware Attacks
Apr 20, 2022
Best Windows 11 Tips and Tricks: Top 11 Articles
Mar 18, 2022
COVID-19: The Coronavirus Outbreak and IT
brought to you by 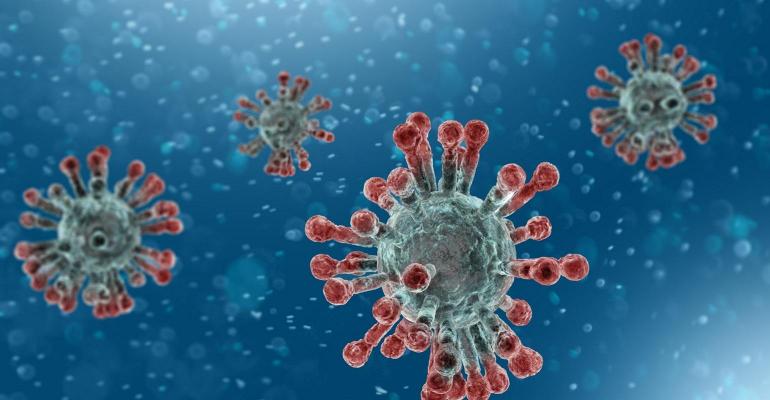 Much of modern research depends on computing power -- and crowd-sourced distributed computing projects can help. Read on for the distributed efforts any IT pro can support in fighting COVID-19.

The COVID-19 pandemic will end with either with an effective treatment or the development of a vaccine. The research necessary to bring that to fruition is expensive, of course, especially during a time when economic forecasts are discouraging and funding is being cut.

The good news is that there are ways that citizens can join the fight to beat the pandemic that require neither money nor an at-home bedroom-turned-virus-laboratory. Distributing computing projects, in which individuals contribute computing processing power or data crunching, can contribute to analyzing and modeling data in the fight against the coronavirus.

Here are some organizations offering ways you can help that are not only painless -- some of them are actually fun. But be careful, you might learn something.

OpenPandemics-COVID-19: This project is a member of the World Community Grid, an IBM led effort that since 2004 has let people and organizations donate idle computer resources to conduct problem solving research. The grid, which is being used for research efforts into the human genome, HIV, muscular dystrophy, cancer and much more, has since early April been helping researchers tackle COVID-19.

This bodes well for researchers looking for treatments and vaccines effective against COVID-19, as the project has already seen successes in other disease areas. Just last year, for example, scientists studying the Zika virus published a paper on the discovery of a compound that reduces Zika viral replication by up to 86%. If we could do that with the coronavirus behind Covid-19, we'd probably be over halfway home.

On the surface, this sounds like an easy way to help medical research, as all that's required is the installation of a downloaded secure app on your computer, whether it's running Windows, Mac or Linux. The app then runs simulated experiments in the background whenever your computer isn't using its full computing power to predict the effectiveness of particular chemical compounds as possible treatments. When the simulation is done, your computer contacts the World Community Grid server and automatically returns the results for further analysis.

Again, all of this happens in the background while you go about your business of typing email, doing research on the internet, or while your computer is idle but left on. You also get to decide, both at signup and when you install the software, which of the WCG projects you're enlisting your computer to serve, meaning you can devote all of your extra CPU to help the OpenPandemic project if you wish, or you can spread it out to also help the Africa Rainfall Project, Mapping Cancer Markers, or any of the other projects the grid supports.

There are warnings, however. Although IBM stresses the security of the system, security guru Tom Henderson with ExtremeLabs told ITPro Today, "There's always a risk."

"If you've thought through the security isolation needed for any foreign app running on your hardware, it's a great use of idle hardware," he said. "The isolation is mandatory, as is the scrubbing needed afterwards."

He said that he has some spare servers running the software on an isolated IP address, but that he'll wipe their hard drives when the project ends.

[email protected]: Based at Washington University in St. Louis, [email protected] is another distributed computing project used to help scientists develop new therapies for a variety of diseases, including COVID-19. Here, the focus is on simulating protein dynamics, specifically by studying the process of protein folding and the movements of proteins, with simulations taking place on volunteers' personal computers.

Although the project has been around for nearly 20 years, the project has recently seen heightened interest as a result of its work to help scientists develop therapies for COVID-19. This has led to it becoming one of the world's fastest computing systems, achieving a speed of about 1.22 exaFLOPS in late March, which had accelerated to 2.43 exaFLOPS by April 12, making it the world's first exaFLOP computing system.

The project is also powered by open source software, with the data collected also being "open."

"We also make all data publicly available, so that other people working in the field can check our analysis and anyone with new methods can look at them at any time," the organization says on its website. "We are also collaborating with other labs and groups outside the Foldingathome Consortium to solve COVID-19 asap."

Just like with IBM's grid, anybody wanting to donate spare CPU cycles will need to download and install a client app. The same security precautions would be prudent as well.

[email protected] is a similar project that’s also researching COVID-19, which we mention because their Linux app will run on Raspberry Pis.

If donating some spare CPU cycles is a little too risky, there are a couple of computer games you can play to help medical researchers get a handle on treating the Covid-19 virus. Like [email protected], both have to do with tackling the way that proteins fold.

Eterna: This is an online puzzle game in which players attempt to figure out how to get different proteins to fold. This is beneficial, researchers say, because while they are deploying massive amounts of artificial intelligence to the problem, they've found that there's more data to be mined from observing how the human mind approaches the problem.

With Eterna, there's nothing to download; you just go to the project's website, register, and start playing. The first puzzles are uber easy, with hints to explain how the game is played. Subsequent puzzles become increasingly more complicated (look at it like you're moving to a higher level of play in Ms Pacman), with more hints presented every time a new level of complexity is introduced.

When we tried it, we found it to be both fun and educational, much like a relaxing game of chess, although it might be a little slow for World of Warcraft aficionados.

Foldit: Instead of being browser-based, this gaming platform requires users to download and install an app, which is available for Windows, Mac, and Linux. After that, you're connected to the platform's servers, which will start you on "Intro Puzzles" that show what proteins looks like and explain how to use Foldit's tools to fix common problems. Most of the introductory puzzles can be completed quickly, and none of them should take more than a few minutes, according to the project website.

After that you're ready to move on to "Science Puzzles" or "Contests." The science puzzles (which run for a specified time, usually a week) introduce a bit of competition to the mix, with the highest-scoring player being awarded 100 points on most puzzles. Foldit then ranks all players based on their total global points, with points expiring after 120 days.