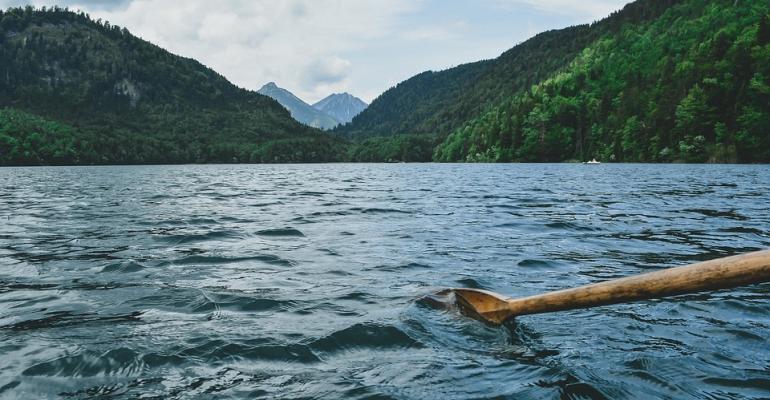 When Brazil’s Isaquias Queiroz dos Santos pulled ahead of rivals from Russia and Moldova to win a silver medal in the 1,000-meter canoe sprint, he owed some thanks to an unlikely supporter: U.S. manufacturer General Electric Co.

The Brazilian national team is the only one using a version of GE’s Predix software to capture real-time data on athletes and their canoes to scrutinize and improve performance. GE developed the technology to monitor the engines that power airplanes and locomotives, measuring fuel efficiency and anticipating maintenance needs.

While scientists in Rio de Janeiro are working to deploy the technology on floating oil vessels dotting the South Atlantic, they also found time to develop a side application to help Brazil’s national canoeing team.

“Instead of monitoring GE equipment we are monitoring athletes, so coaches can see that in real time,’’ Kenneth Herd, the leader of GE’s global research center in Brazil, said in an interview. “We take data off those athletes, in terms of things like heart rate, stroke rate, speed and motion.”

Queiroz finished behind Germany’s Sebastian Brendal to take second in the canoe sprint final on Tuesday, and will compete in the 200-meter sprint on Wednesday.