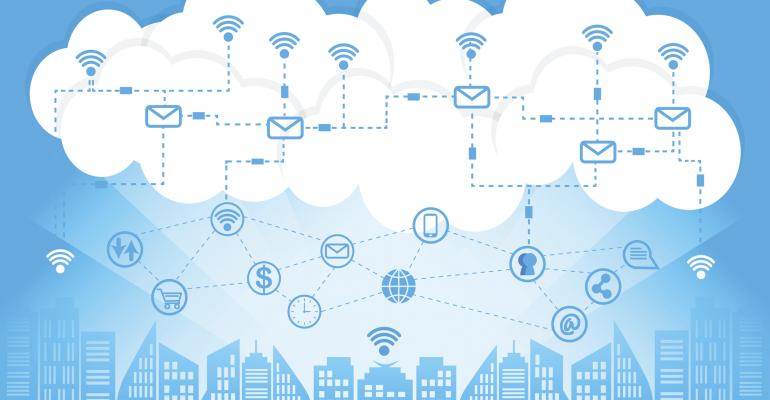 CloudBerry Backup offers a number of important features that make it an effective cloud backup program.

The cloud has become a cost-effective backup target for businesses of all types. However, creating an effective cloud backup and restore strategy isn’t always easy. Connecting to the cloud can be difficult. Windows Server’s built-in backup doesn’t provide a direct cloud option and many cloud-based backup services are limited in what they can back up or they lock you to a specific cloud vendor. CloudBerry’s Ultimate Backup 5.7 is designed to make it easy for you to backup your Windows Server, Windows desktop, SQL Server or Exchange systems to the cloud. For this review I tested CloudBerry Backup Ultimate edition. CloudBerry also offers different versions specifically for Windows desktop, Mac, Linux, Windows Server, SQL Server and Exchange. CloudBerry doesn’t offer their own cloud storage. Instead, CloudBerry Ultimate is able to store backups on a number of different cloud storage providers including: Amazon S3, Microsoft Azure, Google Cloud and more.

CloudBerry Backup offers a number of important features that make it an effective cloud backup program. First, most CloudBerry backups don't require any space on the local drive. Instead CloudBerry can back up directly to the cloud. The CloudBerry Backup Ultimate version does not have a limit on the amount of data stored with a backup. It supports file, image, SQL Server and Exchange backups. For image backups, block-level, volume snapshots are taken and sent directly to the cloud. CloudBerry also can just backup the files modified since your last backup, reducing the amount of uploaded data. CloudBerry Backup uses Microsoft Volume Shadow Copy Services (VSS) to enable the backup of open files. Block-level backup compares local data blocks with a previous backup in the cloud repository and then uploads only modified blocks. If you are backing up to Amazon then a feature called Synthetic Full Backup (SFB) can reduce the amount of data uploaded, resulting in faster full backups. SFB enables existing blocks to be copied inside cloud, making it very fast. You can use CloudBerry to restore directly to bare metal (same or dissimilar hardware) from the cloud using a local USB Flash. Image backups can also be restored to the cloud as VMs.

Security for cloud backup is vital because access to your backup can potentially provide access to all of your organization’s sensitive data. CloudBerry provides the ability to encrypt backups with up to AES 256-bit strong keys on source side and you can optionally protect access to CloudBerry backups with a master password. All data sent to the cloud can be encrypted using SSL.

The supported version of Microsoft Exchange and SQL Server are:

There is an extensive list of 30+ cloud storage services that are supported by CloudBerry backup. Some of the featured cloud providers include:

When CloudBerry Backup Ultimate started for the first time, I was prompted to choose between running a 15-day trial, activating the commercial license or running in restore-only mode. I thought being able to run a restore without a key was a valuable capability. To activate the product, I entered my email address along with the activation key emailed from CloudBerry. The CloudBerry Backup console was launched following the installation.

Backup to the Cloud First, I was prompted to choose either a local or cloud backup or a hybrid backup. I liked the hybrid backup option because you could use that to have a local copy of your data for fast restores as well as a cloud copy for DR purposes. For my initial testing I chose a direct cloud backup which prompted me to select the cloud provider that I wanted to use from the Select Cloud Storage dialog that you can see in Figure 2. You can see from Figure 2 that CloudBerry supports a very broad selection of cloud providers. For my testing, I selected Azure as I had an existing Azure account. After selecting Azure as the backup target, I was prompted for the storage account that I wanted to use and the Shared Key required to access it. I was able to retrieve these values from Azure Management Portal. The CloudBerry instructions for connecting to Azure were written for the legacy portal so it took me a little bit a looking to find the new Access Keys option for my storage account to retrieve the shared key. There are instructions in the CloudBerry on-line how-to guides for creating a new Azure storage account of you didn’t already have one. One nice touch was that CloudBerry allowed me to easily create a new Azure storage container for my cloud backups as a part of the wizard.

After providing the Azure connection information, the wizard prompted me for a backup plan name and then the authentication information for the SQL Server instance that I wanted to backup. I was backing up a local instance and CloudBerry automatically filled in the instance name and selected Windows Authentication. I was then prompted to backup all databases, or all user databases or to select the specific databases that I wanted to back up. I selected three of the sample databases on the SQL Server instance. Next, I selected the default retention policy which you can easily customize. The default policy keeps three versions of each file backed up.  SQL Server and Exchange backups do require some temporary, local storage.

Next, I was prompted to set up the backup schedule. I was able to run the backup immediately, on a specific date or on a recurring schedule. I appreciated the ability to optionally stop a plan if it runs over an excessive time period and the ability to automatically run missed plans when the computer starts up. Next, I was prompted to select the type of backup to perform. By default, CloudBerry performs a weekly full backup and daily differential backups, but you can customize this, including the ability to perform regular log backups. Finally, the wizard prompted me about backup notifications. By default, you get email notifications when the backup fails, but you can also select to receive them after each backup job. CloudBerry can also optionally add notifications into the Windows Event Log.

After the completing the backup plan, you can run it immediately or wait until its next scheduled run. The status of the CloudBerry backup is displayed in the console you can see in Figure 3. The process of creating a new backup plan for SQL Server was straight-forward and quite easy with many different options for customization. The initial backup to Azure took some time. The actual backup time required for cloud backup is highly dependent on the speed of your upload link. In my case, a standard DSL connection required almost two hours to backup 1 GB of data. Subsequent differential backups were much faster. The backup plan status that you can see in Figure 3 was displayed while the backup was running. I received an email notification when the backup had completed.

Restoring from the Cloud

Running the restore operation was equally easy. There was an option to restore directly off of the backup console or you could use the Restore Plans tab to create a new restore plan. The restore plans can be run immediately or they can be saved and scheduled for repeated execution. In either case, the Restore Plan wizard stepped me through the process of creating a restore plan. First, the wizard prompted me for the type of restore operation.  I could choose between just restoring the SQL Server database and log files or restoring the entire database like you can see illustrated in Figure 4. I selected the database restore option like you can see in Figure 4. Next, the wizard prompted me for the restore type where I could select a point-in-time or the latest version of the databases to restore. After selecting to restore the latest version the Restore Plan wizard asked for the SQL Server instance and login information. Then I was prompted for the databases that I wanted to restore. I chose two of the three sample databases. Then, the next dialog allowed me to specify restoring with a new database name or whether I wanted to overwrite the existing databases. The next dialog provided an option to change the data and log file names as well as to optionally close all databases for the restore operation. Finally, I was able to optionally provide a password for the encrypted backups and select the notification options. I ran the restore plan at the end of the wizard, and the plan was then automatically deleted because I didn’t choose to save it. Since my download link was substantially faster than the uplink, the cloud restore operation actually went much faster than the backup operations. Restoring the 300 MB AdventureWorks2014 sample took just over a minute. Backing up and restoring OS Images was very much like the SQL Server process and the wizard driven interface made it fast and easy.

In addition to their on-premise backup products CloudBerry also provides their CloudBerry Managed Backup service that was designed for MSPs, IT service companies and IT departments that need centralized management and monitoring for their backups. The CloudBerry Managed Backup service is built for the cloud using the CloudBerry Backup technologies and it is  integrated with Amazon Web Services, Microsoft Azure, Google Cloud Platform and other S3-compatible or OpenStack-based cloud providers.