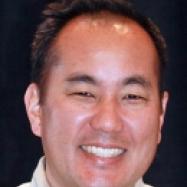 Alan Sugano is the President of ADS Consulting Group, Inc. (ADS). Founded in 1991, ADS specializes in Networking, Server Virtualization, Workstation Virtualization, Application Virtualization, Security, Exchange, Custom Programming, PCI Compliance, Web Development, SharePoint and SQL Server Development. Alan has given talks on many of the topics his company specializes in, and he speaks at IT/DevConnections Conferences sponsored by Windows IT Pro Magazine. Alan is a Contributing Editor for Windows IT Pro and has articles published in the magazine several times a year. He wrote a book titled the Real-World Network Troubleshooting Manual, which is a practical guide to network troubleshooting. Alan has been a Microsoft Most Valuable Professional (MVP) in Connected System Developer from 2004 to 2008. Alan teaches a Virtualization Security Class for MISTI several times a year.