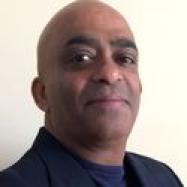 Jai Vijayan is a seasoned technology reporter with over 20 years of experience in IT trade journalism. He was most recently a senior editor at Computerworld, where he covered information security and data privacy issues for the publication. Over the course of his 20-year career at Computerworld, Jai also covered a variety of other technology topics including big data, Hadoop, Internet of Things, e-voting and data analytics. Prior to Computerworld, Jai covered technology issues for The Economic Times in Bangalore, India. Jai has a master's degree in statistics and lives in Naperville, Illinois.