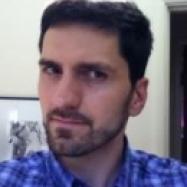 How Much Sense Does the Huawei 5G Security Saga Make?
Mar 29, 2019
The Huawei 5G security storyline pits the U.S. and key allies against China. But does the common narrative accurately reflect reality?

Why AI for Cybersecurity Has a Spinal Tap Problem
Mar 28, 2019
Some of the hype surrounding AI for cybersecurity may be justified, but some vendors are still marketing “AI” as a sort of magical elixir.

MWC: Conversational UI Could Spark Big Changes, Eventually
Mar 04, 2019
At MWC this year, conversational UI didn’t receive as much attention as 5G, but its transformative power within 10 years could be vast.

Smart Home Security: Do You Trust Amazon or Google?
Feb 26, 2019
Tech giants are poised to lead the home security market. How that shakes out could be a matter of debate.

Bosch: Why AI and IoT Demand a New Problem Solving Approach
Feb 08, 2019
Bosch’s North American president sheds light on how artificial intelligence and the Internet of Things are changing how industrial companies innovate.

5 Considerations Before Flying Taxis Take Flight
Jan 29, 2019
Companies like Uber are working to commercialize the flying taxi. We take a look at the factors that could enable or hinder such craft from achieving liftoff in the near term.

NRF: ML and IoT in Retail Are Fueling Experimentation
Jan 18, 2019
To remain viable, brick-and-mortar retailers must experiment and redefine customer experience with technologies such as machine learning and the Internet of Things. But such transformation is not necessarily easy.

12 of the Top IoT Trends Showcased at CES This Year
Jan 12, 2019
At this year’s CES, it seems like Internet of Things technology was nearly omnipresent. We take a look at the most prominent IoT trends on display at the massive expo, which drew some 180,000 attendees this year.