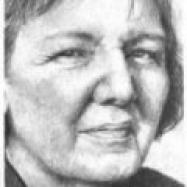 OpenStack User Survey Indicates Growth in Most Sectors
Apr 27, 2017
Although there might be something of a red flag in user satisfaction, the platform continues to dominate the private cloud.

Canonical Gets Serious About Doing Enterprise Right
Apr 14, 2017
It's been a wild and crazy couple of weeks on the Isle of Man. As the dust settles, the brouhaha can probably best be summed up with words that ended a classic rock album: "Meet the new boss, same as the old...

Canonical's Dropping of Unity Is Only the Iceberg's Tip
Apr 08, 2017
When the different news stories coming out of the Isle of Man are pieced together, it appears that something major is afoot at Canonical.

Microsoft Ditches CodePlex for GitHub
Apr 03, 2017
Redmond's dropping of its own CodePlex in favor of GitHub illustrates the effect that open source is having on the software company.

Daimler Jumps on Linux Bandwagon
Mar 24, 2017
Germain automaker Daimler indicates that it's betting much of its future on Linux by investing in two Linux projects.
Load More