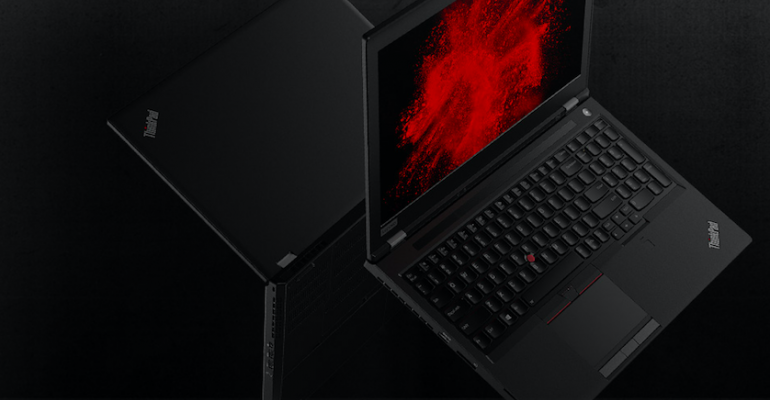 Virtual Reality Requirements Are a Driver for New Lenovo Workstations

At the NXT BLD conference in London Lenovo announced a new ThinkPad 52 mobile workstation that can accommodate an eyebrow-raising capacity 128GB of system memory. Marketed as a solution for on-the-go virtual reality requirements and augmented reality design, the laptop comes with an Nvidia Quadro P3200 graphics card, six-core Intel Xeon processor and a 4K 15.6-inch display.

The new Lenovo line is meant to compete with similar models from Dell--the Precision 7730 and 7530--which can also accommodate up to 128GB of system memory and can be used to meet augmented reality and virtual reality requirements, among other things.

For its part, Lenovo specifically calls out high-end AR and VR firms on its blog. According to the company: “With double the capacity of memory to 128GB and increased PCIe storage – the ThinkPad P52 is a necessity for things such as BIM [building information modeling] on-the-go, animation and visual effects project storage, large models and datasets, and real-time playback.”

With that said, it’s unlikely most business users, even those using memory-intensive enterprise applications, would require so much system memory.

“Most applications don't have memory requirements anywhere near that large, and, even combined, you'll never be running that many things that do require substantial amounts of memory simultaneously,” said Bowie Poag, a 20-year systems engineer, now with healthcare conglomerate Ardent Health Services.

Poag said the combined active memory for most users is a few gigabytes.

“The main factors behind the immersiveness of VR are tied to CPU and GPU strength, not memory capacity,” said Poag. "You have to keep in mind that from a processing perspective, a single gigabyte is a relatively massive amount of space. Just from an audio standpoint alone, that's easily hours upon hours worth of CD quality sound, if stored efficiently. You could have literally thousands of different textures of sufficiently high enough resolution in that same gigabyte, if stored efficiently. The space required to store the geometry of a given scene to a sufficient level of detail is also something that doesn't require gobs of memory to accomplish, either. For a VR application to require more resources than this, let alone several orders of magnitude more than this, would infer a VR application that was incredibly wasteful and inefficient by design.”

But, for users who need it, the new laptop's storage capacity can also be supersized--up to 6TB. As for other specs, there are three USB-A ports, an HDMI 2.0 port, headphone jack, SD and Smart Card readers, a full-size keyboard with number pad, and two Thunderbolt 3 ports that can be drive an 8K video display. “The P52 also will feature a 4K Ultra high-definition panel that incorporates 100 percent of the Adobe color gamut,” according to Lenovo.

The new models are available now but with limited configuration options. Customizable versions with options for adding more memory and storage will be available later this year. Pricing has yet to be announced, but is likely to be in line with Dell’s memory-heavy Precision 7730 and 7530 models, which are also sold as “VR ready.”

Apple Is Said to Ramp Up Work on Augmented Reality Headset
Nov 08, 2017