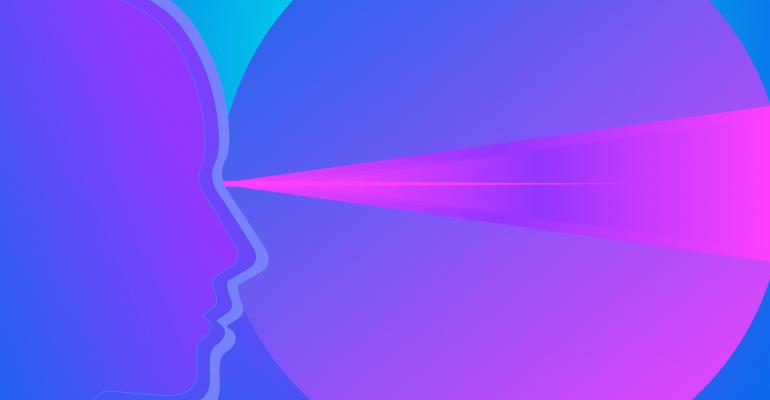 Even with the continuing growth, market adoption of enterprise VR use cases is moving slower than previously anticipated due to market acceptance lagging behind for the education and location-based entertainment use cases.

While enterprise markets have made use of professional-grade virtual reality (VR) technology for some time, the recent debut of consumer-grade VR head-mounted displays (HMDs) from companies like Facebook/Oculus, HTC, and Samsung has raised the profile of VR immeasurably and, more importantly, sparked the potential for enterprise VR use cases leveraging consumer-grade VR solutions.

This report examines the market and technology issues surrounding enterprise VR, with an emphasis on hardware, software, ecosystem, and use cases, taking into consideration consumer-grade VR equipment, software, and ecosystems.

Leveraging highly customized and expensive equipment, enterprise use of VR has existed and improved for a number of years, particularly for military training, civil flight training and simulation, and some industrial three-dimensional (3D) modeling. But now, thanks primarily to recent exponential advances in graphics component technology, cheaper, mass-produced consumer-grade VR is coming to market, with ramifications for both the consumer and enterprise markets.

This cheaper, more readily accessible consumer-grade VR equipment and ecosystem is opening up new enterprise use cases, some of which have vast addressable markets. Tractica estimates the addressable market of the five largest areas where enterprise VR will grow is worth over $1 trillion in 2018.

Enterprise VR is poised for significant change. Key trends in the enterprise VR market are:

There are several market drivers and barriers for enterprise VR.

Some of the key drivers include:

Some key barriers include:

A diverse range of companies operates in the enterprise VR ecosystem. Tractica estimates the number of players to be more than 100. They include tech giants (Facebook, HTC, Intel); technology enablers (Tobii, Leap Motion); and content developers. This report profiles 18 key industry players across various segments of the value chain.

Global shipments of consumer-grade HMDs have been adjusted downward significantly from Tractica’s 2017 enterprise VR report. In 2017, Tractica estimated annual HMD shipments would reach 38.5 million in 2021. Our new projection has annual HMD shipments reaching 15.2 million in 2021, a reduction of more than half the previous estimate. The primary reason for this is a slower adoption rate for the education use case.

The total global revenue associated with enterprise HMDs and VR software has also been revised downward from last year’s report. In 2017, Tractica estimated global revenue of $9.2 billion in 2021. Our new projection has annual total revenue reaching $4.6 billion in 2021. More easily monetized hardware will account for the majority of revenue throughout the forecast period, still accounting for more than 60% of all revenue in 2025.

In 2018, approximately 2.3 million consumer-grade HMDs will be shipped and sold for enterprise VR use cases (1.3 million smartphone HMDs, 980,000 PC-based HMDs, and 10,000 standalones). In 2025, the makeup of the type of HMDs sold will look significantly different than 2018. Tractica believes significant progress in eye tracking will make standalone user experience and pricing attractive by 2022, accelerating capabilities within the defined use cases. In 2025, HMD shipments for enterprise VR use cases will reach more than 41 million (15.9 million smartphone HMDs, 2.6 million PC-based HMDs, and 22.7 million standalones). In terms of revenue, standalone HMDs are the largest contributor to the overall VR hardware market, generating $17.5 billion in revenue from 2018 to 2025. In comparison, PC-based HMDs will generate $8.5 billion and smartphone HMDs $5.9 billion from 2018 to 2025.

Tractica’s revised forecast for this report is lower than the 1Q 2017 report. Broadly, this is due to slower adoption in the education and location-based entertainment use cases. In the 2017 report, Tractica estimated 2021 combined spending on enterprise VR hardware and software by use case would be:

Tractica’s revised forecast for 2021 combined spending on enterprise VR hardware and software by use case:

Market adoption of enterprise VR use cases is moving slower than previously anticipated due to market acceptance lagging behind for the education and location-based entertainment use cases. Lagging market acceptance in these two use cases is due to slower adoption of smartphone HMDs; in education because of the cost of hardware and access to smartphones, and in location-based entertainment because many venues desire higher immersion/quality VR experiences, which smartphone HMDs cannot deliver.

Despite some retrenching in the market, there is momentum and accelerated activity, particularly for location-based entertainment and medical therapy use cases.

Smartphone HMDs in enterprise use cases are proving to be less desirable than other HMD options as entities fear smartphone breakage, theft, and/or reluctance to use personally-owned smartphones to power smartphone HMDs.

Technological advancements continue apace to help speed market adoption of enterprise and consumer VR. Most notably, standalone HMD market adoption will accelerate in 2020 as eye tracking becomes widely incorporated into HMDs. This will allow OEMs to incorporate lower cost microprocessors, causing overall pricing for standalone HMDs to gradually fall, while quality for standalones will increase to near PC-based HMD standards.

Forward-thinking school districts (education) and public service agencies (for first responders) would be well served by quickly establishing pilot VR programs within their districts with the intent of measuring outcomes. This will accelerate budget allocations and boost VR curriculum development.

VR entrepreneurs in medical therapy should seek to engage health insurers as potential partners. There are compelling reasons for such companies to consider solutions that offer improved, lower cost outcomes.