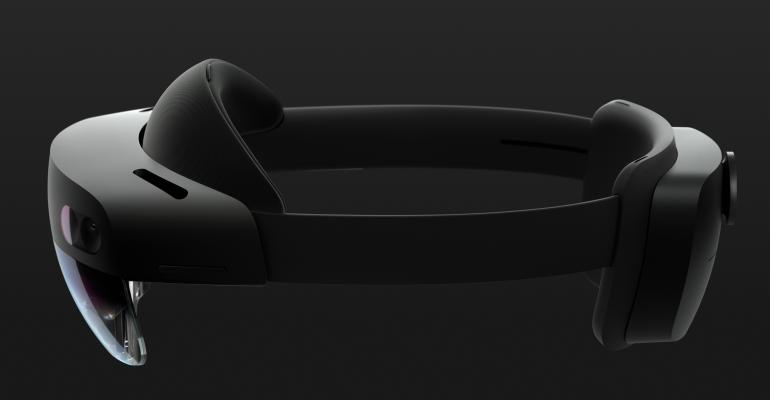 Earlier this year at Mobile World Congress (MWC), Microsoft unveiled Hololens 2 and discussed the improvements to the mixed reality devices hardware and software. This updated version of the company's wearable holographic computing device improves upon the limitations of the first generation. Among the upgraded areas on HoloLens 2: a new core operating system for interacting with holograms, the device's field of view, reduced weight, improved comfort for the wearer, and a closer alignment with enterprise functionality through Azure Mixed Reality Services.

Microsoft believes that frontline workers are a key piece of a company's modern approach and getting them connected is a critical aspect of maximizing their impact on the organization's businesses. Just days ahead of the company's annual Microsoft Build developer conference, which begins next week in Seattle, the Redmond company has unveiled the Hololens 2 Developer Edition along with an expansion to their Mixed Reality Developer Program.

The HoloLens 2 Development Edition will be available through this program at a cost of $3,500 which will include $500 in Azure credits to assist in starting mixed reality development processes with the new hardware. In addition, a three month trial of Unity Pro and their Unity PiXYZ plugin for working with CAD data will add instant access to industrial design information already on hand to create high fidelity real-time experiences for training and work scenarios across the entire spectrum of mixed reality including 2D, 3D, VR, and AR. After development, these experiences will be available on less expensive headsets from Microsoft partners as a deployment option throughout an organization.

Also announced back at MWC, access to Unreal Engine 4 will arrive later this month for mixed reality developers on HoloLens 2. Core to many of today's most popular and realistic environments in games and other virtual experiences across a wide variety of systems, the Unreal 4 suite of development tools will enable organizations to create realistic environments for their employees to experience various work-related scenarios for training and hands-on confidence. The potential cost savings by training employees in house rather than paying for travel and other expenses will be significant for many large enterprises and organizations.

Expect a wide range of sessions at next week's Build conference, the majority of which will be recorded for on-demand viewing, that will share more details about Hololens 2 and this new development environment.

Build 2019 kicks off on Monday, the 6th of May at 8:30 AM PT with Satya Nadella's Vision Keynote. It will be followed by two simultaneous tech keynotes focused on Microsoft 365 and Microsoft Azure. All three of these will be live-streamed on the Build 2019 website.

ITPro Today will be onsite in Seattle next week for Build with our hands-on coverage and we will live tweet details during the keynotes and other events. Follow me on Twitter at @WinObs and keep coming back to check in on all of our Build coverage.