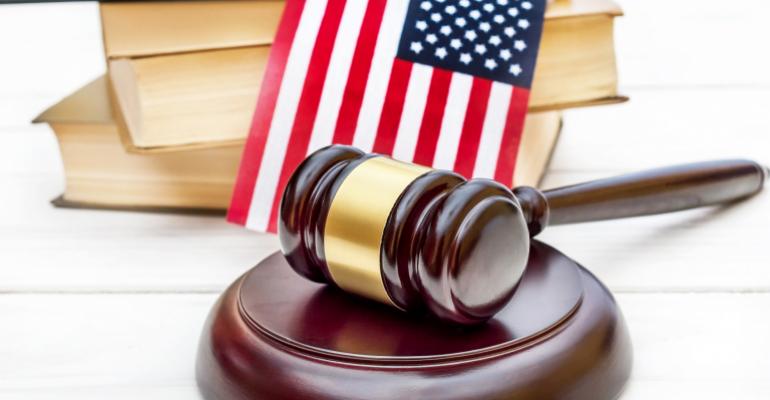 Some in the industry are sounding the alarm on how policies around immigration and even visits from some countries are hurting artificial intelligence and machine learning development.

In September Partnership on AI, a nonprofit group with members in both the corporate and research tech community, appealed to the government of the United States to loosen some of its laws around visas.

The reason for the request was that restrictions on visas and immigration from some countries around the world are having a negative impact on the growth and development of artificial intelligence (AI) at a key time for the technology.

“There is no doubt that visa restrictions reduce the pool of talent for conference attendance and employment in the U.S.,” said David R. Lee, chief operating officer of Kastling Group.

Researchers from countries in Africa, the Middle East and Eastern Europe are being particularly hard hit by the current immigration laws in the U.S., Partnership in AI said. Policies are preventing those researchers from travelling to the country to attend key AI/ML (machine learning) conferences or from working in North America and Western Europe, where much of the work on AI is being done.

Recommendations from Partnership on AI come a year after the U.S. Citizenship and Immigration Services updated its guidance to be more strict regarding applications from people seeking employment in the tech industry – an industry where the majority of the AI talent pool in America comes from other countries.

Kastling works with teams abroad on AI-involved projects, Lee said, and there is a large international market with talented AI/ML researchers and practitioners. Although he acknowledges the complexity of immigration, accessing that market could be a competitive advantage for the United States, he said – and being shut out of it, a competitive disadvantage.

“It would be best if the U.S. could pioneer and set ethical guidelines as a leader in this uncharted territory,” Lee said.

The policy, which went into effect on Sept. 11, 2018, allows agents to deny applications with a flaw or missing information without first warning applicants or giving them the chance to address the error. Bloomberg reported in June that that change, and others brought in, would disproportionately affect applicants requiring a lot of supporting documentation, which includes those who have the H-1B visas held mostly by those in science and tech industries.

In April of this year, the United States received more than 100,000 more H-1B visa applications than it can grant, according to a report from the National Foundation for American Policy. With the recent changes in place, that number seems set to rise, all while the White House has identified U.S. development in AI as a priority.

In its report, released on Sept. 10, Partnership in AI says that the laws and policies are making it difficult for the AI/ML community to incorporate diverse voices in their work, which runs counter to its belief that bringing together voices from around the world is the best way for the technology to flourish. The absence of those voices at the table makes it more difficult to develop machine learning systems that are ethically sound and free from bias.

“Due to the emergent and rapidly evolving nature of AI technology, AI, in particular, engenders high impact AI safety and security risks, which can be mitigated by increasing the diversity of participating voices,” the report release reads. “Diverse representation also serves to promote the safety of key members of the AI/ML community. Underrepresented voices, such as those of minorities and the LGBTQ community, are important as we design AI/ML systems to be inclusive of all populations.”

These policies have had real-world consequences for many AI researchers. For example, when the important Neurological Information Processing Systems conference was held in Montreal last year, about 100 researchers – more than half the invitees – from Africa couldn’t come because their visa applications were delayed or denied. Ironically, the denied invitees had been set to attend the conference’s Black in AI workshop.

Partnership in AI’s position does have some strategic advantages for the U.S.-based tech industry. Tech giants like Facebook, IBM, Microsoft and Google are part of the group, and the recommendations in the September report include lifting caps on the number of visas for applicants with technical skills and creating separate visa categories for workers with AI and ML skills.

Both moves would help to alleviate the enterprise talent crunch in AI/ML as organizations look to scale up in those areas. They would also give the United States more of an advantage against China as the two countries compete to lead the world in artificial intelligence development. With the size of the AI/ML talent gap still unclear but clearly present, it will be important to watch for how (or if) immigration policy shifts in this area.