/sites/all/themes/penton_subtheme_itprotoday/images/logos/footer.png
Recent
Recent
Why Connectivity Makes Work From Home a Work in Progress
Sep 28, 2022
Darktrace CEO Says ‘Unfounded Criticism’ Is ‘Deeply Frustrating’
Sep 28, 2022
How to Decide if Your IT Department Needs an AV Expert
Sep 27, 2022
BlackCat/ALPHV Gang Adds Wiper Functionality as Ransomware Tactic
Sep 27, 2022
Featured
6 Tips for Controlling Your Cloud Costs in a Recession
Sep 12, 2022
How Inclusive Machine Learning Can Benefit Your Organization
Sep 14, 2022
How to Install Docker on Ubuntu
Sep 20, 2022
Google Apps vs. Microsoft Apps: Which Do Young People Like More?
Aug 26, 2022
Case Study 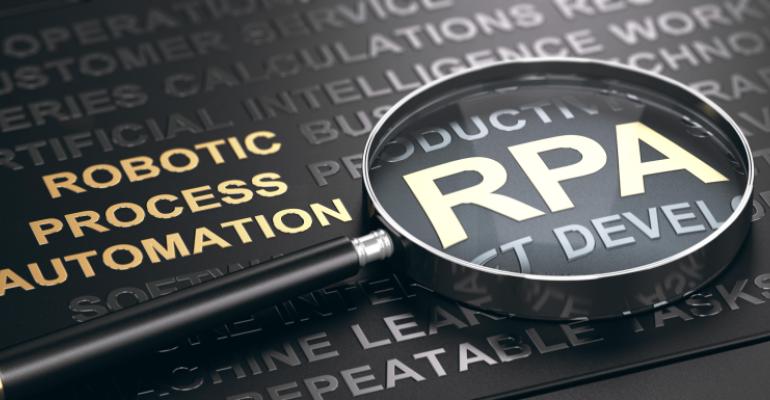 When homebuyers look for a loan, they want the application process to be as easy as possible. That’s what Summit Credit Union, a mortgage lender based in Madison, Wisc., has always tried to provide its clients. And for a long time, it succeeded, processing dozens of applications daily.

Yet even Summit struggled with aging technology. Its existing point of sale (POS) system, adopted by the organization in 2013, had an antiquated look and feel. The system required applicants to upload documents using a flash player – technology so outdated that most computers can’t accommodate those requests. These issues resulted in incomplete applications that had to be followed up by mortgage lenders manually or, worse yet, caused potential customers to walk away.

Summit’s POS system came from Mortgage Cadence, the same company that provided its loan origination system (LOS). The POS and LOS were fully integrated and compatible. Even though the POS created issues, the LOS worked well. So, when Summit’s IT team began seeking a new POS system, it needed to remain compatible with the existing LOS.

It didn’t quite work out that way. Summit’s IT team opted for Blend, a cloud banking infrastructure that automates the customer process from application to the closing of the deal.

Blend fixed the customer-facing and productivity issues that Summit had struggled with. The IT team could write rules that determined the types of documents the system would request from applicants based on their situation. For example, the POS system automatically requests the appropriate tax documentation depending on whether an application is self-employed or employed by a company.

The Blend implementation solved some problems, but not all of them. Crucially, Blend didn’t natively integrate with Summit’s LOS system from Mortgage Cadence. “Our LOS doesn’t have an open API or direct integration with the POS system, which required us to get creative,” said Kjersten Janowski, Summit’s business technology consulting manager, who spearheaded the project.

In this case, getting creative meant going back to manual processes, at least initially. Summit employees had to manually input information from the loan application into the LOS, a time-consuming effort.

RPA to the Rescue

“I started thinking about the processes I had worked with in similar types of areas like data loaders, which basically act like a remote processing automation solution,” she explained. “I knew a data loader wouldn’t do what we’d need it to do, but it led me to the idea of using a robot.”

Janowski worked with some of Summit’s developers to better understand robotic process automation (RPA) and then convinced higher-ups to give it a try. That led to a proof of concept, automating some of the processes. One of those processes was the transfer of all documents submitted by applicants via the portal to the LOS system. Its automation resulted in a major improvement over the previous method, where a Summit employee had to identify the need for specific documents and request them from the borrower via email. Once the documents were sent, the employee had to log into the secure email portal to retrieve them, then upload them to the LOS system.

The proof of concept was so successful that Summit leaders asked Janowski how fast she could stand up other processes with RPA. Before moving forward, the team chose to partner with HelpSystems, which had already proven that its Automate technology could integrate the Blend POS and the Mortgage Cadence LOS. Within two months, it was live.

Today, customers work in Blend until the application is completed. Blend automatically pulls a credit report and prompts customers to submit the right documentation. When the documents are ready to be transferred to the LOS, a bot integrates the two systems through an API and a graphical user interface automation. The bot then gathers and downloads mortgage application data and associated documentation to create the loan in the LOS system.

Bots do more behind the scenes, as well. For example, when Blend receives new documents for loans that have already been exported to the LOS, bots see that the information goes to the right place in the LOS.

The new system has also made the entire process more secure because it requires customers to upload documents via the secure portal instead of unsecured emails. Information in the portal is only transferred to LOS within Summit’s secure network.

“We’re asking for very private information, and we couldn’t stop borrowers from sending it unsecured. If that email got intercepted by something outside our network, they could easily have gotten their identity stolen,” Janowski said. “And if the employee on our end was the recipient, that sensitive information could sit in their personal email for days.”

Since the new system went live in November 2021, the credit union has seen a marked increase in the throughput of loan applications to completion without employees having to get involved. Turnaround times on the end-to-end process have also decreased significantly. Most importantly, Summit’s NetPromoter score, which measures customer satisfaction, has risen from 7.25 to 8.25.

Janowski’s team continues to add capabilities to the system above and beyond loan applications, document transfer, and credit reports. The team is currently testing a way to use bots to update the loan application after it enters the LOS system. The aim is to reduce even more of the manual work still required during documentation reviews.

Incorporating RPA into the loan process has worked so well for Summit that other departments, like consumer lending, payment solutions, and finance, are considering RPA.

“The power of the bot is that it can make determinations based on information it can find in other places,” Janowski said. “If we have an employee who has to look in three different places to find an answer, a bot can do it better and faster.”