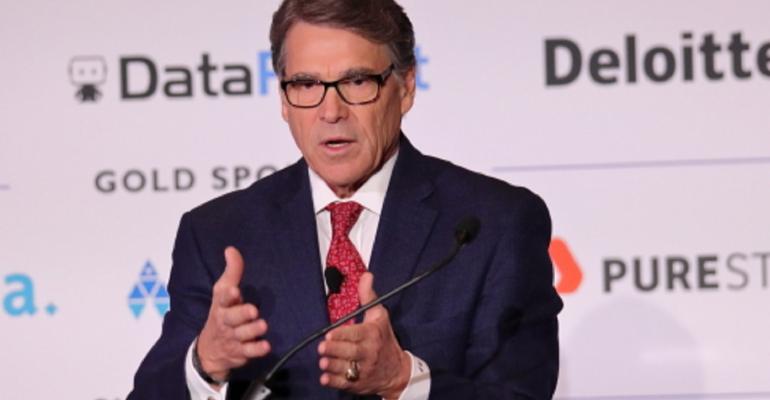 Rick Perry and Breaking Down Hope vs. Hype at The AI Summit

Learn some of the aspirations government has for AI and ways to see through the froth.

There is an “epic race” underway, according to Rick Perry, to unlock the power of artificial intelligence, and government and the private sector alike are trying to benefit.

The former Secretary of Energy spoke at The AI Summit in New York this week about his belief that the United States should pursue the leadership position in AI. He was one of many presenters at the Informa-sponsored conference, which included insights on getting past the hype surrounding AI.

During his speech, Perry said he saw opportunities for AI to enhance medical diagnoses and other applications that could affect people’s lives. “In the next few years we’re going to be able to see answers to questions that we’ve never been able to get to before,” he said. “We as a country are committed to expending the dollars, focusing on these artificial intelligence areas.”

Perry also said other nations are making deep investments in the pursuit of AI supremacy. “I promise you the Chinese and the Russians are spending massive amount of money,” he said. “The focus they have on this, there is no doubt who the competition is here.”