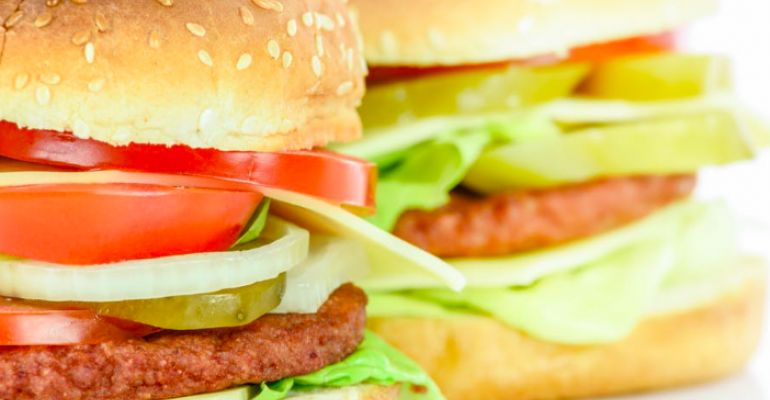 Order Up: Why the Fast Food Industry Is Ripe for the Benefits of Artificial Intelligence

More and more restaurants are realizing the benefits of artificial intelligence and automation, but some of the biggest impacts will be on staffing and IT support, not robot chefs.

When you think about the benefits of artificial intelligence in restaurants, you may think about robots as novelty: taking your orders, making your food, then delivering your meal to your table. But the reality is that AI is a bigger part of our daily lives than we might expect, showing up everywhere from smartphone apps to our Netflix queues. It makes sense, then, that the technology is an increasing--if not always obvious--part of the dining experience at fast casual and fast food restaurants.

Fast food companies have been investing in automation, analytics and artificial intelligence technologies in significant ways in recent years, and it’s fair to expect the trend to expand as this tech becomes both more advanced and more accessible. This expansion will have significant implications for some of the biggest businesses in the United States, especially on their staffing structures.

This foodie AI future was predicted by no less than the CEO of Yum Brands, who said a year ago that AI, robots and automation could replace humans in food services by the mid-2020s. Greg Creed pointed to the automated kiosks that his company--which owns chains including Pizza Hut and Taco Bell--already had in Shangai when he made the comments to CNBC in March 2017.

The future of AI and automation in fast food and fast casual restaurants is about more than automated ordering kiosks--and it will touch every aspect of the industry, from ordering and staffing to serving and food preparation. It’s already a factor at chains as industry-dominating as Starbucks, McDonald's and Dominos online, in outlets and behind the scenes.

The expansion of these technologies into fast food could significantly shift the staffing needs of companies like McDonalds and Starbucks. Automation may reduce the staffing needs for front-line workers in individual outlets, but an expanded slate of IT professionals would be required at the corporate level.

Automation and AI have long played a role in factories where the food served in chains is produced, but some of these technologies are being used in new ways for fast food and fast casual restaurants in the United States, both online and via apps and in the outlets themselves. Automating certain aspects of these food outlets and ensuring a consistent customer experience across a chain are powerful benefits of artificial intelligence for companies in this sector, said Christian Berthelsen, chief technology officer at Fourth, which offers IT support to the hospitality industry.

For example, recommendation systems powered by AI are in place online and in apps, using information from customers' past purchases to suggest what they might like to order in the future. Many McDonald's restaurants have put self-ordering kiosks in place, giving customers full control over their order, including any substitutions or specifications they want to make.

Dominos has experimented with chatbot technology, which could become more widespread as it increases in accuracy and responsiveness. The pizza chain is investing in AI in a variety of different ways, both practical and experimental (for now). For example, in New Zealand in 2016 Dominos began using an AI-powered robotic delivery unit that could store up to 10 pizzas and self-drive about 12 miles.

Voice-activated systems have evolved considerably in recent years--think Amazon’s Echo speakers, powered by the Alexa assistant--and it’s not inconceivable that we could soon see them in use at drive-through locations. Such technologies are valuable in a world going increasingly mobile, where a third of Americans own a smartphone, according to Pew Research Center. KFC already tried this out in Shangai, where a robot named Dumi took orders via voice activation at a concept restaurant called Original+ in spring 2016, although it had some trouble with different accents.

As AI technologies become more widely accessible and affordable, these innovations won’t be available only to the big players. For example, last year the regional chain CaliBurger announced a burger-flipping robot (appropriately named Flippy), saying it planned to have Flippy units widely in use within a couple of years.

With that said, making these shifts on a large scale will require further democratization of technology, said Berthelsen, and the hardware and software that will really revolutionize fast food and fast casual restaurants though AI is likely to come on the vendor end, not the restaurant end. After all, in the United States even a smaller restaurant chain could have hundreds of locations.

“Nobody can afford to just do this on their own,” Berthelsen said.

Automation Up, Wages Down

Of course, there are always two sides to the burger, er, coin.

And fast food companies are highly incented to increase automation and reduce labor costs. Minimum wages are rising across the United States, which increases the cost of staffing restaurants. Fast casual and fast food restaurants also often have high staff turnover, which AI may be able to reduce by ensuring effective staffing and a positive work environment, Berthelsen said.

“We see AI and machine learning helping with the basics,” Berthelsen said, from figuring out what is or isn’t working well in a particular outlet to ensuring staffing is a smooth process.

Forecasting future needs is another clear area where AI can play a role, particularly in terms of helping managers determine what ingredients and prepared foods they should order.

“Without a forecast you can’t really plan anything and you can’t really buy anything,” Berthelsen said. “[With AI] a manager or a chef having to worry about what they’re going to sell versus what they’ll order is an experience of the past.”

But while AI and ML will reduce the need for some jobs, or even eliminate them altogether, it’s important to remember that it will also create new ones--some of which we may not even be able to imagine yet. A 2015 paper from London’s Center for Economic Research found that industrial robots were contributing to increases in labor productivity and economic growth. And research released by Gartner predicted that by 2020, artificial intelligence would create more jobs than it eliminated, albeit in different sectors and with different required skill sets.

For example, self-ordering kiosks have the clear advantage of being able to reduce the number of staff taking orders, freeing those employees up to prepare meals or provide table service. But they also require that support staff be available to individual stores to fix, update and replace machines as needed, as well as to develop the hardware and software for the entire chain.

Similarly, having a chatbot available reduces the need to have employees manning the phones for orders, whether at individual restaurants or a more centralized call center. But there is still some need to monitor the bots for bugs or abuse, as well as to ensure they are working properly and to update the software with new menu items.

“Yes, there’s an element of automation, but it’s eliminating tedious tasks,” Berthelsen said. The jobs that AI will create will generally be more skilled and higher paying than the ones it eliminates, creating opportunity for those who can learn the skills needed to shift with the industry.

How AI Trading Systems Will Shake Up Wall Street
Jan 13, 2018