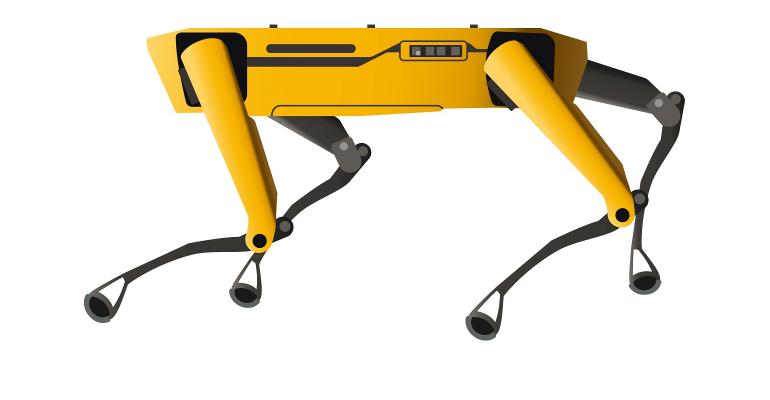 Mayor Bill DiBlasio said he is 'glad the Digidog was put down.'

The New York Police Department has terminated its $94,000 contract with Boston Dynamics to lease a Spot robot dog.

Named the Digidog by the police, the semi-autonomous four-legged vehicle drew the criticism of both local politicians and residents.

The police department may have also failed to follow the law, as it did not disclose its partnership with Boston Dynamics.

Gone to live on a farm

The department leased the robot in 2020 as part of a wider test into next-gen robotic police gear.

In a friendly profile of the partnership by ABC7, the NYPD claimed that Digidog had been used in hostage situations, including when two armed men were holding five hostages.

"People wanted food so we strapped food onto it and sent it into the location," NYPD Technical Assistance Response Unit Inspector Frank Digiacomo said.

In January, the robot was fitted with an arm so that it could open doors and move objects.

Public opinion towards the police robot soured after it was seen deployed in response to a home invasion, and was used during an arrest in a public housing building.

"Robotic surveillance ground drones are being deployed for testing on low-income communities of color with under-resourced schools," Congresswoman for NY-14 Alexandria Ocasio-Cortez said.

"Please ask yourself: when was the last time you saw next-generation, world-class technology for education, healthcare, housing, etc consistently prioritized for underserved communities like this?"

Videos of the Digidog went viral, with many likening it to a murderous machine seen in an episode of the cult TV series Black Mirror – which actually based its design on the Boston Dynamics robot.

After all the attention the robot gained, the American Civil Liberties Union (ACLU) pointed out that the police department had failed to include the Digidog on its list of surveillance devices, as required under city law.

In 2020, the City Council passed a bill to require the police to disclose the use of drones, surveillance tools, and other technology that it acquires with its $5.7bn budget.

John Miller, the Police Department’s deputy commissioner for intelligence and counterterrorism, told The New York Times that “people had figured out the catchphrases and the language to somehow make this evil."

But returning the robot may not end the concerns about the NYPD's use of such systems. To this end, Councilman Kallos has introduced legislation to ban the department from using “weaponized” robots.

Following the contract's termination, Mayor Bill de Blasio said he was "glad the Digidog was put down." A spokesperson for the mayor added that it was "creepy, alienating, and sends the wrong message to New Yorkers."