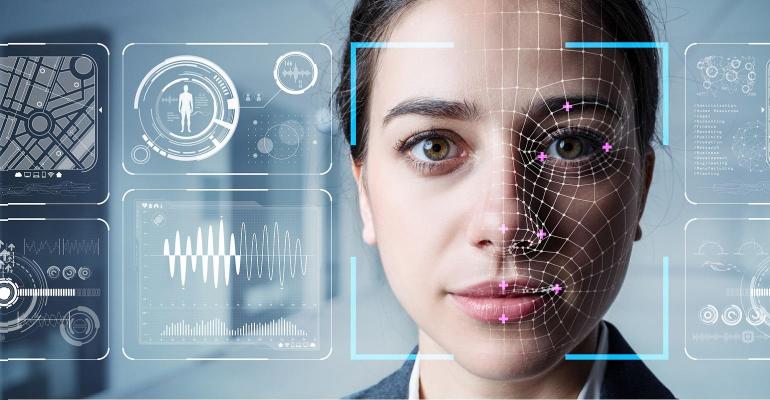 Microsoft President Brad Smith said the company won’t sell facial recognition software to U.S. police departments until there are laws in place governing the use of such technology. The pledge comes a day after rival Amazon paused similar usage for a year.

(Bloomberg) -- Microsoft Corp. President Brad Smith said the company won’t sell facial recognition software to U.S. police departments until there are laws in place governing the use of such technology, making the pledge a day after rival Amazon.com Inc. paused similar usage for a year.

Smith, who is also the company’s chief legal officer, said Microsoft doesn’t currently supply the artificial intelligence software for facial recognition to any U.S. police departments. He spoke via video on Thursday at a Washington Post virtual conference that was posted to Twitter.

“This is a moment in time that really calls on us to listen more, to learn more and most importantly to do more,” he said in the interview. “Given that, we’ve decided we will not sell facial recognition to police departments in the U.S. until we have a national law in place grounded in human rights that will govern this technology.”

Smith also said the company will review other uses of facial recognition software, which he didn’t specify. Microsoft has an internal committee that looks at when it should sell the software to particular customers. The group’s criteria aren’t public and Microsoft has declined to provide them, apart from a few examples of cases where it opted to turn down contracts.

President Donald Trump on Friday retweeted a post from his former director of national intelligence that called for barring Microsoft from federal government contracts over its refusal to sell facial recognition software to police departments.

Microsoft’s announcement follows International Business Machines Corp. decision Monday to exit the facial recognition market, and Amazon’s move Wednesday to put in place a one-year pause on sales to police departments. The moves come in the midst of protests about law enforcement brutality and bias after a police officer killed an unarmed black man, George Floyd. Facial recognition technology has been shown in experiments to sometimes have difficulty identifying people with darker skin.

Smith praised IBM and Amazon’s actions while renewing his call for national legislation to regulate the technology. He has been urging lawmakers to take a stand on facial recognition software for two years, but a bill in Microsoft’s home state of Washington that borrowed heavily from his proposals has failed twice. Meanwhile activists have been asking for laws that go further, including outright bans on the technology.

“If all of the responsible companies in this country cede this market to those that are not prepared to make a stand we won’t necessarily serve the national interest or the lives of the black and African-American people of this national well,” he said. “We need Congress to act, not just tech companies alone.”

A 2018 paper found that technologies from Microsoft and IBM made more mistakes when used on people with darker skin, particularly women. After the release of the research by Joy Buolamwini at MIT’s Media Lab and Timnit Gebru, then a Microsoft researcher, Microsoft’s Chief Executive Officer Satya Nadella, asked his team to fix racial and gender disparities in the software. Buolamwini and Gebru’s work, along with a later paper examining Amazon’s software by Buolamwini and Inioluwa Deborah Raji, raised awareness about the software’s failings and increased the volume of calls to ban or limit the sale of such technology.

The American Civil Liberties Union also used Microsoft’s step to renew a call for laws to address the technology and took aim at the Microsoft-backed legislation that the group has long said doesn’t go far enough.

“Congress and legislatures nationwide must swiftly stop law enforcement use of face recognition, and companies like Microsoft should work with the civil rights community -- not against it -- to make that happen,” Matt Cagle, technology and civil liberties attorney with the ACLU of Northern California, said in a statement. “This includes halting its current efforts to advance legislation that would legitimize and expand the police use of facial recognition in multiple states nationwide.”