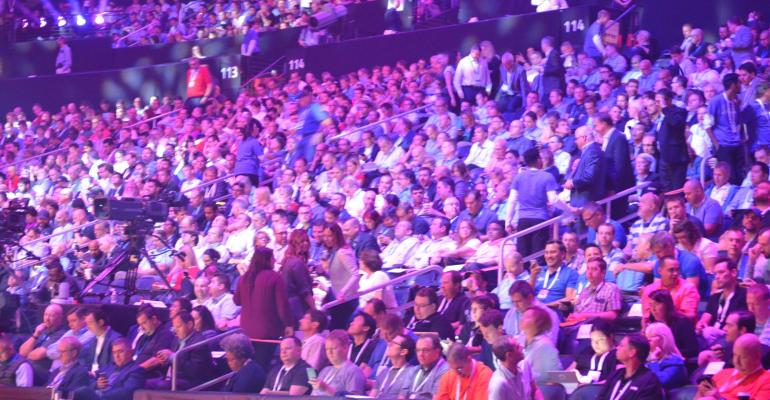 Yesterday I wrote that Microsoft is moving beyond its mobile first, cloud first mantra, and in yesterday afternoon's keynote, Satya Nadella made clearer than ever that Artificial Intelligence will be one of the key paths forward for the company.

In fact, he likened the company's AI platforms - from Microsoft Bot Framework to Cortana Intelligence Suite — to the role of Gutenberg's press: As Microsoft's way of democratizing AI for everyone.

It is never about our technology, said Nadella. It is about your passion, your creation, and what you can do with the technology that we create. We want to pursue the democratization of AI just like we pursued putting putting technology at everyone's fingertips.

It's a bold vision, perhaps as bold as when Microsoft founder Bill Gates used to talk about a computer on every desk and in every home, but Nadella explained why Microsoft was uniquely qualified to have Cortana lead that revolution.

Data matters, and Microsoft has a lot of it

Already at Ignite, Microsoft has been showing off practical, seamless uses of AI, like PowerPoint's new QuickStarter feature that intelligently helps draft a presentation for you, just add details. The push to get workers onto Office 365 means that Microsoft will soon have a lot more of that kind of data to play with, and the controls around Office 365 for Business means that enterprises can benefit from it while trusting that the data won't be misused.

This is particularly useful when it comes to helping turn traditional organizations into more nimble, data-driven ones, and the Adobe Marketing Cloud partnership is a great example of the potential opportunities here.

Plus, as Nadella pointed out, Microsoft has a number of other properties it can tap when needed: When you do a Bing search, you're already running on [Microsoft's machine learning] backbone.

But that data is only valuable if you can do something with it, and Nadella broke down Microsoft's AI strategy into four core pillars, explaining Microsoft's advantage in each.

Agent:: Cortana is now used by over 100 million monthly users, and is often deeply integrated into those users' work and personal lives, knowing their calendars, their contacts, and a whole lot more. Having both a broad and micro view of their users let's Cortana be more personalized, but it also helps Microsoft address the challenge of losing out in the mobile OS wars. Conversational agents, the company is betting, are their own next platform, and Cortana has a very credible story here.

Applications: Microsoft finally broke out the HoloLens here, showing off a partnership with Lowe's and Pinterest in which customers could go to the Lowe's store, strap on a HoloLens, and evaluate their design decisions in real time by just walking around. AI was used to help suggest design patterns, analyze what caught customers' attention, and much more, and was just one example of many that Microsoft showcased (including work ranging from the aforementioned PowerPoint layout to industrial design).

Services: Here Microsoft highlighted not just its own offerings, like Cognitive Services and the Bot Framework, but also the services it helped its partners enable, like Pinterest's interest graph. Microsoft also took the opportunity to tout its large investment in new FPGAs, which were custom developed specifically to help customers jump head first into AI in ways that they couldn't afford to do on their own. One example: Translating all of Wikipedia — all 3 billion words — in less than a tenth of a second, by tapping into the full power of the company's FPGA infrastructure.

Infrastructure: And speaking of which, infrastructure was the final pillar of Nadella's AI vision, but it was less about what Microsoft had built and more about how Microsoft was eager to put that infrastructure seamlessly into the hands of customers. We're going to see some real magical technologies, said Nadella. We've set a goal of democratizing AI."