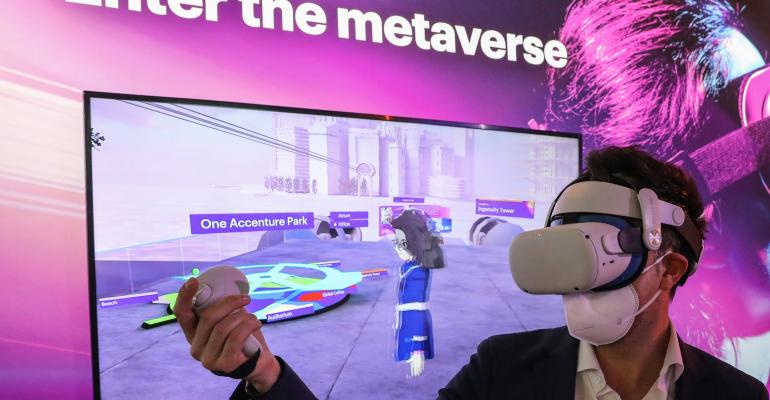 Metaverse Jobs Are Disappearing as Hiring Slows at Google, Facebook

New monthly job postings across all industries with “metaverse” in the title declined 81% between April and June, according to workplace researcher Revelio Labs, after surging in the months following Facebook’s rebranding last fall.

(Bloomberg) -- Meta Platforms Inc., grappling with its first-ever quarterly sales slump, now has another problem: Jobs in the metaverse are disappearing.

New monthly job postings across all industries with “metaverse” in the title declined 81% between April and June, according to workplace researcher Revelio Labs, after surging in the months following Facebook’s rebranding last fall. The dropoff coincides with a broader slowdown across the tech sector, which has prompted layoffs and hiring freezes, leaving workers from the Bay Area to Bangalore increasingly rattled. Job postings in tech hubs like San Francisco and Austin, Texas, dropped 8.4% in the past four weeks, according to job site Indeed. 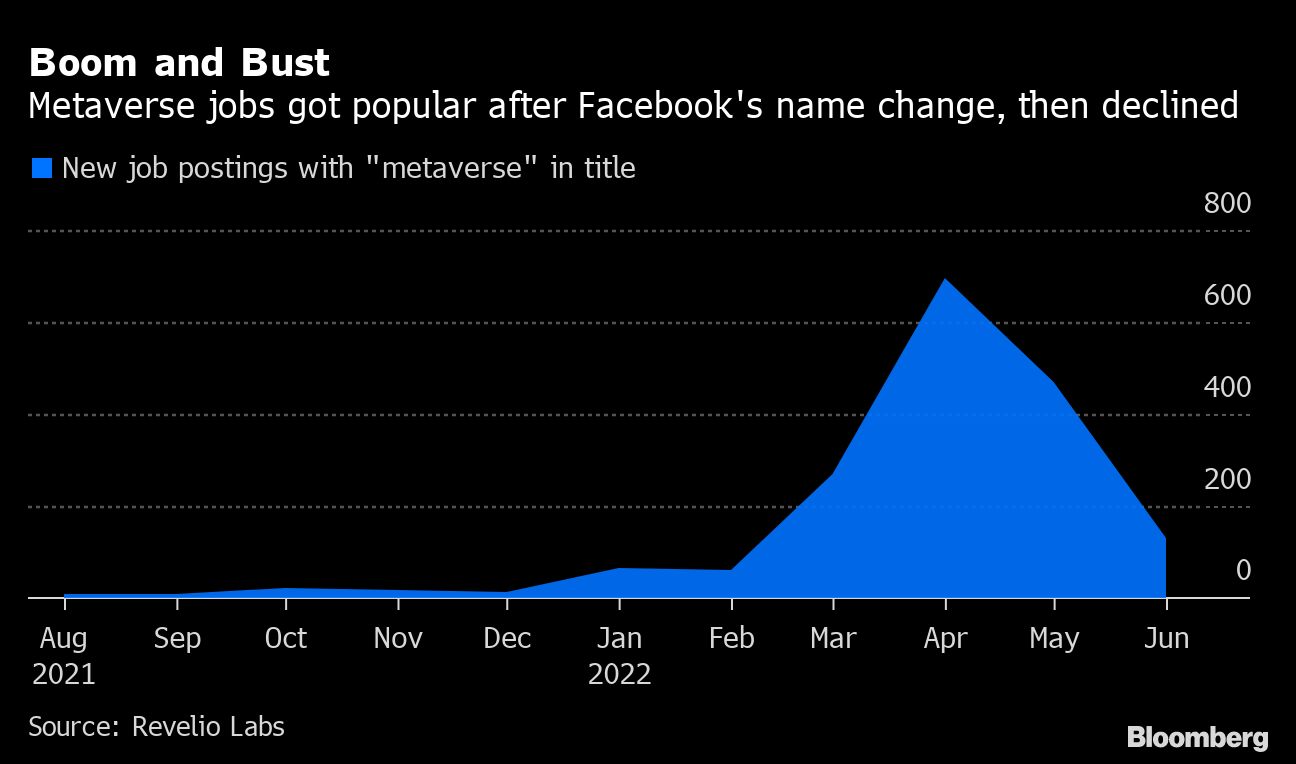 Meta Chief Executive Officer Mark Zuckerberg’s big bet on virtual reality and other nascent, immersive technologies encouraged companies of all stripes to look for experts in those fields, which may have created “short-lived hype from the demand side,” Revelio Labs economist Jin Yan said. Now, as employers recalibrate their hiring needs and labor budgets amid growing concerns of a recession, that hype has come face to face with a sobering, and fully non-virtual, reality.

Zuckerberg said on Meta’s earnings call Wednesday that he’s “slowing the pace” of long-term investments due to the revenue shortfall, and scaling back hiring plans. Apple Inc., an emerging rival of Meta’s in the virtual-reality space, said Thursday that it would be “more deliberate” in its recruitment. Google parent Alphabet Inc. meanwhile, which has shied away from grand futuristic statements about the internet’s next iteration but is moving quickly in areas like augmented reality, has also slowed hiring.

While full-time metaverse jobs have become more scarce, the number of freelance gigs for metaverse-related services like avatar development and 3D design has more than quadrupled, according to freelance talent marketplace Fiverr International Ltd.