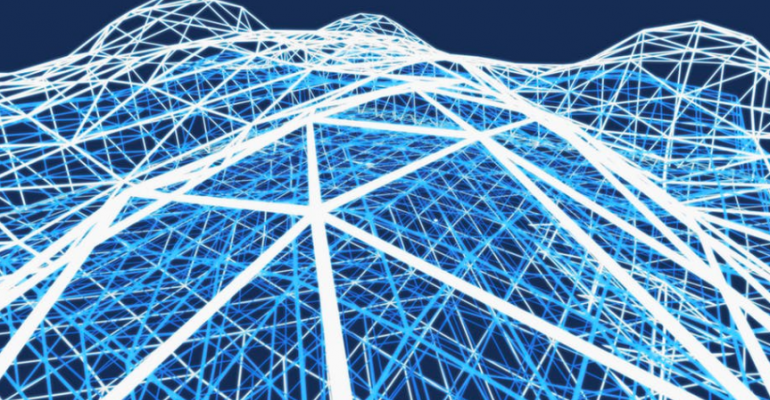 Microsoft regional director Jen Stirrup’s influence is already widely recognized. An expert in data visualization, Stirrup is an influencer on Twitter, a Microsoft Most Valuable Professional, a popular speaker on tech topics and an advocate for inclusivity in tech. She also helps people make data make sense.

Stirrup runs her own IT consultancy, Data Relish, working with companies on artificial intelligence, business intelligence and data search solutions. “I think that data is incredibly important, and I think that lots of companies are leveraging that,” Stirrup says. That assistance is more important than ever before, as the amount of data grows exponentially and new regulations begin to guide its use.

She will bring that expertise to IT/Dev Connections in Dallas from Oct. 15 to 18. Stirrup’s sessions at IT/Dev Connections are R in Power BI for Absolute Beginners, Blockchain Demystified for Business Intelligence Professionals, and Data Analytics with Azure Cosmos Schema-less Data and Power BI.

ITPro Today: There's been a lot of discussion of what AI really means, and I think we're hitting a period where things are really ramping up for a lot of industries. Is it an exciting time to be working in that sphere?

Stirrup: Absolutely. I started to work in artificial intelligence 20 years ago, and it started my career. And what I found was AI became uncool, believe it or not, and it was overtaken by search technologies. I think it started to fuel a lot of interest in technology such as self-service business intelligence, and now it feels, with the advent of the cloud and big data, like companies are starting to look at AI again. So it's a great time to be in the industry.

ITPro Today: Do you think that there's a full understanding of the potential of this across industries?

ITPro Today: At the summit, one of the topics you're working on is R Empowered AI for Absolute Beginners. What constitutes an absolute beginner? How do you even begin to approach this with someone who knows they need to get up to speed but maybe doesn't know how to start?

Stirrup: I'm expecting people to have a knowledge of Excel, and they will have a knowledge of the concepts that they are using all the time in order to work this data. Things like cleaning it, moving it around, putting it together and merging the data, and visualizing that data so that other people can see the patterns in the data. These concepts are the same. It's just the technology that differs.

ITPro Today: So, it's more of a familiarity with the ideas and then showing how that works with the specific technology.

Stirrup: Exactly. I can take a small sample of data, show how that works in Excel. So basically we're still in the comfort zone. Then I can say, "Well, here's the same thing in R." Same data. Different mechanism, different language. But with a similar result.

ITPro Today: Are there particular industries where this kind of education and these kinds of programs are especially important right now?

Stirrup: I think actually I do see a specific industry. All of my customers in the finance industry, they are using AI for chat box on their website. I help to do that. I also deal with another finance industry customer that uses R to do machine learning in order to help them understand any sensitivities in the market. So it's interesting to see the same vertical doing very different things.

ITPro Today: In terms of data, we live in a time where we have more of it than ever before. And, as you mentioned before, having the data doesn't necessarily mean it is good or useful or well organized, or that we know what to do with it. Do companies have a good idea often of that step A to step B? You get the data, and then where do you go?

Stirrup: No they don't. Usually I find customers saying, "Where do I actually start? I'm at a machine, what do I do?" I have to say to them that this is not like a linear programming exercise, where you program it and you get results. Sometimes it's trial and error. It's a different way of thinking. You can try to translate it to productivity. You can say, if you invest this time, this chat bot will help you do things better. And that will save you time in the future.

ITPro Today: You're in Europe. How are the new GDPR regulations? Have they affected the work that you do at all?

Stirrup: No, not at the moment, actually. What I'm finding is that if a customer comes along and says, "I can't use my data because of GDPR," I'll always ask, what columns can't you use? So one of my last customers, they said, "Well, I can't use these two columns" [I asked whether they were] willing to throw out the whole project because of two columns? Why don't we take a agile approach? We'll move across these eight columns, we'll leave the two that you're not sure about, and we'll do those another day when you are.

So basically, a project proceeds that can still show real success, but just leaving out personal identifiable information. And that seems to work so far because what you're not saying is no; you're just saying not yet.

ITPro Today: And I guess it's still quite new.

Stirrup: Yes. And I think companies are still feeling nervous about it, and I get that. At the same time, it doesn't mean that it stops. You have to say, "Right, so let's see what you are very comfortable with doing and the analysis that you're doing. Do you actually need personally identifiable information in order to do that analysis?" They say no, usually. And I say, "Right, so that's a starting point. So if you're not sure about that data, and you don't actually need it, then don't get hung up on it. Just proceed without it.” I think there has to be a degree of pragmatism.

ITPro Today: There will be similar regulations coming in California in 2020, so I imagine this is eventually just going to be the new normal.

Stirrup: Yeah. I'm teaching companies to be adults with people's data. Sometimes you hear American companies saying, "Well, we don't want to deal with Europe because of these data regulations." But, actually, these regulations should have been in place anyway.

I remember the days of Napster and people downloading DVDs--what a free-for-all. And I find that with people's data, it seems like it's that perspective. It's on the internet, so it must be free. And I can copy it. I think that mentality has to go away. I think people are lackadaisical about data. I also think they're lackadaisical about copying things from the internet.

We live in very much a static overflow-driven mentality when it comes to IT. Everyone is just copying everyone else. That's got to stop at some point. With the data, you can't just have access to it because someone else downloaded it.

ITPro Today: What do you hope people who attend your talks will come away with?

But I think what people really need is the why. Why are we doing this? Why am I choosing this technology over another one? What are the benefits? It makes it more relevant.

The audience is never stupid. They can go and Google all this stuff themselves. But what I'm doing is giving them a hand up, making it practical so that when they go into the office in one day, they can get started.

ITPro Today: To finish up, you mentioned in a blog post that you were recently named one of the top 20 women in AI data science, machine learning and big data. You've mentioned you've been in this field for quite some time. Has that changed a lot, in terms of having a female presence in AI?

Stirrup: I still see some of the same problems that happened when I started. I remember being on my way to a meeting and someone stopped me on the way in. He said, "Oh there's the mail. You need to take the mail down to the reception desk.” And I said, "Well, actually, I'm here for a meeting. I'm not actually here to deliver the mail." And he said, "Well, you can just take it anyway." And it was just so rude.

I helped an organization understand better why people ended up being homeless. Now, when we think of homeless people, people tend to think of people sleeping rough in the street. You do sometimes hear people say, "Well actually, they choose to live like that." But the reality is in one in five homeless people have been veterans, who have been struggling with mental illness after giving their service, and they deserve better.

What I did find was that the largest group of people who were homeless were actually not the people on the streets. It was actually women and children affected by domestic violence, and the reason they're affected is because they leave very, very quickly, and in very difficult circumstances.

The research was all about trying to get all of the systems to talk to one another so they can catch people before they fall. And what's so important about that is having that diversity of perspectives. It's about the helpfulness and the fact we've had a big impact in people's lives. I think if we could talk to girls and women more about that, they could see it as a tool to have that sort of impact. I think girls and women can do incredible things if they're given the tools to do so.

This interview has been edited and condensed for readability.