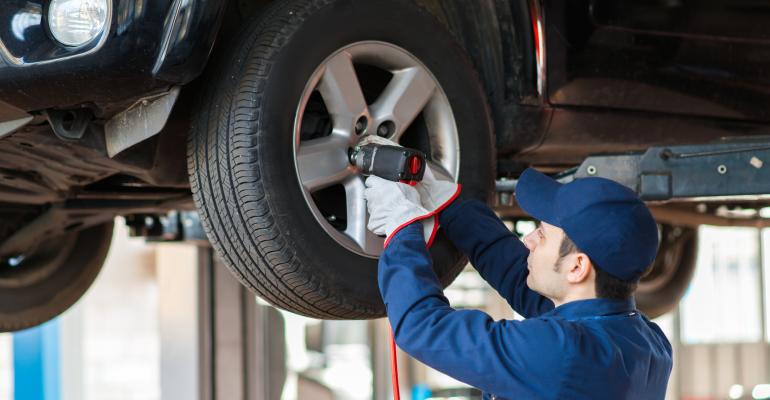 How CarParts.com Leveraged AIOps Strategy While Scaling Up

Ecommerce market for auto parts faced a rapid overhaul of its IT infrastructure when new leadership put growth plans in motion.

A change in the C-suite at CarParts.com led to a new strategy that leverages AIOps to help the online seller of aftermarket auto parts prepare for more growth.

Eugene Kovshilovsky, senior vice president of software engineering for CarParts.com, says there are layers of complexity in selling vehicle parts that other types of ecommerce operations might not face. [Editor's Note: CarParts.com has restated the number of products it originally presented for this story.] CarParts.com works with more than 820,000 SKUs in its catalog of car parts, he says. “On top of that we have to deal with how you apply those parts,” Kovshilovsky says. This can include helping customers find the specific parts meant for their make, model, and year.

His company used New Relic's observability platform as part of its move to an AIOps strategy that boosted observability of its resources while a substantial IT overhaul was underway.

Kovshilovsky says his company, previously known as U.S. Auto Parts Network, had been in a bit of a rut. A leadership change in 2019 brought in Lev Peker as CEO and David Meniane who became both the CFO and COO for the company. Along with other hires and changes, Kovshilovsky says the company wanted to streamline and update management of its web presence. “We’ve focused on a full turnaround,” he says. “We worked on relaunching the site, so it looks much better. We’ve built in systems, so the pages load a lot faster.”

Last July, the company changed its name to CarParts.com and renewed its focus on everyday drivers who need parts to get back on the road.

Using AIOps helped put CarParts.com in a better position to continue scaling up, Kovshilovsky says, and to upgrade, migrate, and transition systems. “We’re focusing now on running our own internal cloud using systems that allow us to launch containers ourselves and instantaneously back up offsite,” he says.

As part of the turnaround, Kovshilovsky says the company looked at its IT organization and monolithic elements within its infrastructure. That raised questions about keeping systems stable while the company grew. “A lot of that had to do with building microservices to abstract things out, launch a whole new front-end layer for delivering the websites,” he says.

CarParts.com migrated from using machines in a data center to going cloud agnostic, Kovshilovsky says, using major cloud providers to maintain different services in different areas. “This was all within the last two years,” he says. “We’re talking about massive, massive movements within the organization.”

Now CarParts.com has 200 virtual machines and some 6,000 containers running more than 200 microservices, he says. “This is approximately double from just two years ago.”

Using New Relic’s platform for observability and other resources helped the company ensure such a transition worked, Kovshilovsky says. This includes helping CarParts.com build out dashboards and system views, he says. Some of the benefits his company has seen through New Relic include being able to move from one service to another seamlessly and go from the browser layer and down to the database. Kovshilovsky says New Relic made it easier to see what is going on in the system.

The AIOps resources that CarParts.com use now may help set the company up for future years of growth, Kovshilovsky says. “When we enabled that feature, it cut down on how much tracing our Ops team is doing. We’ve cut down on the noise.”

Rather than let the IT team get caught up on just one machine that exhibits a high CPU load, attention can be focused on higher-priority issues such as three interdependent systems that see some sort of degradation, he says. “Even if it’s not a production system, it’s still important to the business.” Systems for the website, warehouse management, and back office operations must function at all times, Kovshilovsky says, because the company has grown into a 24-7 operation.

With observability through AIOps, he says anomaly alerts can be spotted more quickly, traced, and the potential impact assessed in one place rather than going through several different screens. “It has allowed us to focus on the technology and infrastructure without thinking about how that’s going to affect our operational budget,” Kovshilovsky says.

Making use of AIOps has given CarParts.com a chance to free up its IT talent to work more efficiently as the company continues to grow, Kovshilovsky says. In prior years, he says, the company might have to consider adding more servers, containers, or microservices and then figure out how they would function together. That could mean more training of teams to understand how the microservices are connected. “Now I can keep the same operational team and I know they can handle a much bigger load than they previously could,” Kovshilovsky says.