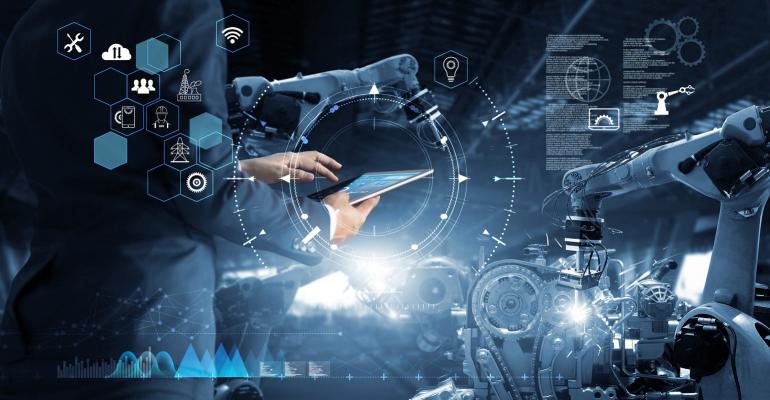 Gen Zers Concerned About Effects of AI on Job Security

If even Gen Zers are worried about job security as automation becomes more prevalent in the workplace, how can enterprises reassure employees?

A new report from Nintex looking at Gen Z and technology in the workplace found, unsurprisingly, that this youngest generation of employees has valuable tech skills regardless of industry. Case in point: Eight out of 10 Gen Zers have been asked by a manager to solve a tech problem.

But there is another thing that came out of the research, one that may be more surprising: Gen Z shares the concerns about artificial intelligence (AI)- and machine learning (ML)-led automation that plague other generations of workers, with 57% of Gen Zers worried that AI and automation will affect their job security.

“Gen Z is the first true digitally-native generation to join the workforce, and as a result, Gen Z employees tend to be leaders in an organization’s tech adoption,” said Terry Simpson, technical evangelist at Nintex.

That means two things, Simpson said: that the entrance of Gen Z (loosely, born between 1995 and 2010, according to McKinsey & Company) into the workforce will accelerate their employers’ adoption of new tech, and that the generation’s patience will be tested in their early years as employees as that tech adoption takes time.

At the same time as these workers recognize the potential — and importance — of technology in the workplace, they have some anxiety about the lack of knowledge about what automation will mean for their own jobs. That anxiety runs up against a growing enterprise enthusiasm about AI and ML, with one recent survey from Vanson/Teradata showing that 80% of enterprises are investing in some way in AI.

“Although fearful, Gen Z sees the potential in automation more than other generations but are still in the dark about how it will happen and what it will look like,” Simpson said.

If even this generation full of tech-savvy digital natives is worried about the effects of automation, via ML and AI, on their job security, then workplaces clearly need to begin to address the concerns.

What Can Employers Do?

“Enterprises should focus on augmenting, as opposed to replacing, their employees with AI automation,” said Uljan Sharka, CEO of iGenius. Artificial intelligence is undeniably reshaping the workplace, Sharka said, with companies investing significantly in AI projects and consumers already using AI — sometimes without even realizing it.

But even as ML and AI become increasingly ubiquitous, understanding of and trust in the technologies remain low. “As a relatively new technology, it will take time to build trust in AI,” Sharka said. “This is true for all generations.”

Think about Siri: When Apple first released its virtual assistant, iPhone users of all ages were hesitant to use it, he said. “Talking to a phone seemed kind of weird until people realized it was a great shortcut,” he said. Now, just a few years later, an estimated one-quarter of U.S. households own a smart speaker.

Apparently, we got used to the idea of using ML and AI to make our lives at home easier. Employees of all ages can adjust at work as well — when they know what’s happening and why, and have a role to play in how automation affects their work.

Employers can build awareness of what automation looks like for their industry and workplace, Simpson said — and a great way to do that is to get the technology into the hands of employees who manage the processes.

“Gen Z employees tend to be quick adopters of technology and open to it,” he said. That’s an advantage for their employers, who can use no-code technology to allow these workers to manage and automate processes on their own. They can choose to automate what makes sense for them, and with the awareness of what automation is making easier for them, they know more about where to then devote freed-up time and resources. As a result, he said, these employees become even more valuable.

“Taking a known process from theory to fully automated will save organizations big time in the long run,” Simpson said, “so automation is a great opportunity for Gen Z employees to make an impact.”

Will some jobs be lost to automation? Inevitably, yes, just as they were through the advent of other technologies such as the telephone and the desktop computer. That is obviously difficult for those who experience that job loss, but it does not mean widespread catastrophe for all employees.

“Whilst it’s reasonable to expect that some jobs might be replaced by AI automation, the key change brought by the widespread adoption of AI projects will be a close collaboration between humans and machines,” Sharka said. AI can be like a helpful colleague, he said — “an enabler instead of something to fear.”

Sharka should know, as CEO of a company that operates in business intelligence and analytics. His own company has developed an AI adviser called Crystal that incorporates human conversation into business intelligence, and he said he sees the message sent by technology like that — one that supports his enterprise’s employees instead of replacing them — as an important one.

“We like to think of ‘the workplace of the near future’ in terms of a new type of data interaction that empowers — indeed, augments — workers to make the best possible decisions based on data they have,” he said, “but lack the skills, time and tools to analyze.”

Artificial Neural Networks Proving Their Worth in the Enterprise
May 25, 2020

Will COVID-19 Change Opinions About Automation Adoption?
May 24, 2020