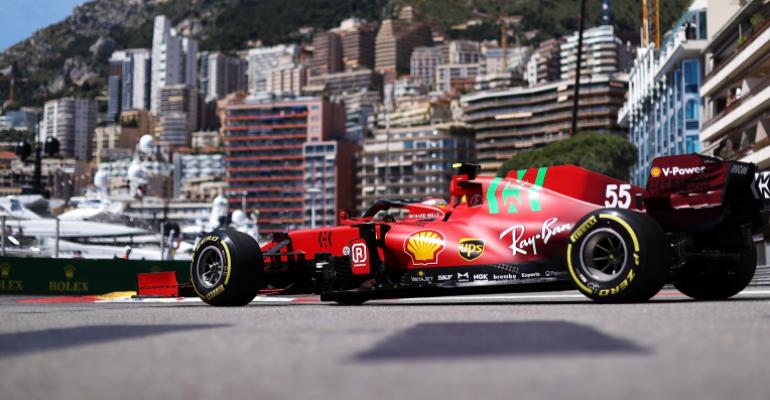 Formula One, NFL and NHL Work on Their Hustle with AWS

Panel of major league sports at the AWS Summit Online discussed how they use machine learning to crunch fast-paced data into digestible content.

The sports world has been undergoing its own version of digital transformation as more computing resources get put to work assessing live data from athletic events as well as comparing historical tracking. As seen with tournaments such as the US Open, advanced compute can produce real-time information athletes, fans, and others can use.

At the summit, AWS flexed its capabilities in the sports world with the panel discussion. “We’re innovating with the NFL to solve for player health and safety,” Ponnapalli said. “We’re helping F1 redesign their cars.” She elaborated by saying AWS was enhancing fan experience through NFL Next Gen Stats player tracking and F1 Insights, which offers real-time race statistics.

The NHL’s Lehanski talked about some of the advanced analytics powered by AWS cloud technology deployed by his league to aggregate and assess data on shot and save percentages. Such analytics use real-time stats, he said, along with 10 years of historical data to produce results that are made available to teams, broadcasters, and fans. “We’ve been on a journey to figure out how we can utilize analytics to transform the fan experience.”

The fast pace and unpredictability of hockey creates challenges to such efforts, he said, which require computing resources that can keep up with a constantly evolving landscape. “I think we’re the only team sport that has personnel changes occurring live within the game,” Lehanski said. “We don’t always know who’s going to be out there and our time to tell these stories is really short.”

The compute tasks include inserting graphical overlays that move with players during live broadcasts as they skate at upwards of 25 mph, he said. “There’s a big challenge in the solution to be able to aggregate, process, analyze, distribute, and visualize in true real-time,” Lehanski said. The NHL plans to use AWS resources to help generate enhanced analysis of how shots on goal are performed and how saves are made by goalies, he said. This will be incorporated into next season’s tech resources, Lehanski said, which will include new analytics, graphics, and visualizations expected to be integrated into games in true real-time.

The racetrack is also no stranger to recognizing the compute prowess of cloud and machine learning. “Formula One is such a data-rich sport,” Smedley said. “There’s a huge amount of data that is available.” When the F1 racing league decided to use its data for broader fan engagement, he said its partnership with AWS came into play taking on transponder timing and other metrics as each car circulates around the track. “We generate some 2.53 billion combinations of timing transponder events each and every race, just on a Sunday afternoon,” Smedley said.

An abundance of additional information including weather data and metadata goes into F1’s data lake, he said, but the league wanted to make such raw data accessible and readable for fans. “That’s why we’ve built this library of data analytics and stats,” Smedley said. Making such resources easier to understand via compute resources can give fans a more rounded picture of the sport, he said, beyond what is captured by television broadcasts. Graphics generated with analytics and other machine learning from AWS help convey the power and precision of the sport.

“This is a visceral display through data and analytics of how potent a Formula One car is,” Smedley said. “Braking at more than 5Gs. Decelerating from 350-360 kmph down to 40, 50, 60kmph.”

AWS also put in work on the gridiron with the NFL, where it was leveraged to help put together the 2021 season schedule, said Carey, which will feature some 272 team matchups. Work on each season’s schedule begins shortly after each Super Bowl concludes a regular season, she said. “Over the next four months, we work very hard to find the best schedule we possibly can for the upcoming season.”

Carey said AWS cloud computing solutions played a role in updating how the NFL manages its schedule, a process that can see iterations in excess of tens of thousands proposed schedules for just one season. “It really wasn’t that long ago where we were only able to get our hands on six computers lined up, side-by-side,” she said. “At that point, we thought we were so high-tech and hopefully get one schedule a day if we were lucky.” With AWS, Carey said the NFL uses 3,000 to 5,000 instances per night at its peak. “We need every single computer that we can get our hands on running 24-hours a day, but we only really need them for about four months a year,” she said.

The 2021 season includes an expansion of games, up from 256, Carey said, with each of the 32 football clubs to play 17 games over 18 weeks. “That’s change from last year, where it was 16 games over 17 weeks,” she said. The intent is to optimize for television ratings, stadium availability, and team travel, which could include cross-country and three-night road trips. “It’s very tricky when big acts like Taylor Swift come to town and do stadium tours during our season,” Carey said.

Tapping into AWS resources proved to be essential to produce different potential schedules, she said, which can top 80,000 variations with options that can number in the millions. “There’s no way we’re ever going to get close to exploring a fraction of the solution space in our short, four-month span,” Carey said. “With more schedules, we need a better way to analyze. It takes way too much time -- we’re getting hundreds of schedules a day. How do we pick the best one?” Next steps for the NFL will include using AWS to help with predictive analytics, she said, to optimize ratings and the distribution of games.