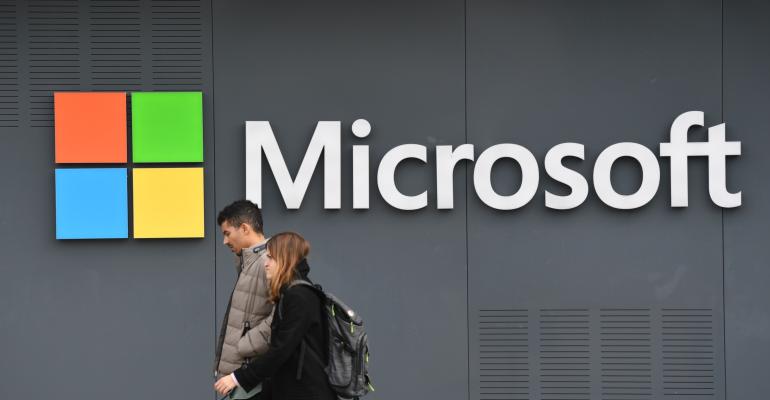 ChatGPT Is No Magic Bullet for Microsoft’s Bing

A significant AI upgrade for the beleaguered search tool could threaten Google, but it will be difficult to pull off.

(Bloomberg Opinion/Parmy Olson) -- Microsoft Corp.’s management would be forgiven for rubbing their hands in anticipation about their new toy. For years, the company’s Bing search engine has been the butt of jokes for its inability to make a dent in Google’s overwhelming market share. That the No. 1 search term on Bing is “Google ” just deepens the humiliation.

But Microsoft hasn’t given up on Bing. According to reports from Bloomberg News and The Information, Microsoft is preparing to upgrade its unloved search tool with the technology behind ChatGPT, the generative AI tool that grabbed the world's attention late last year with its ability to answer wide-ranging questions in natural-sounding language.

Alphabet Inc.’s Google sometimes uses AI to summarize an answer to certain queries, but it is incentivized to avoid making those answers too good. That would risk disrupting its biggest revenue source, which involves getting people to click on the links in its search results. So important is that model that Google has been gradually clogging up its first page of results with more ads in recent years, something it can get away with thanks to its dominant hold on the market for search.

That is one reason why Microsoft’s integration of the technology behind ChatGPT won’t pose an immediate threat to Google. Large online platforms like Facebook and Google have learned over the years that they no longer need to be all that innovative to compete with one another; they can coast on the lucrative, entrenched ad-driven models they have already built. Google.com is the most visited website on earth, and it could take years for global consumers to recondition that habit.

That isn’t to say it would be impossible, but challenging Google search with a generative AI text engine will be tough for Microsoft for two other reasons. One is that Microsoft will have to iron out the tendency for the language model behind ChatGPT to be confidently incorrect. The underlying model, created by the firm OpenAI and known as GPT-3.5, has been caught spewing out inaccurate answers about historic and literary figures, in a manner that could be hard to spot thanks to its authoritative and scholarly tone.

It’s unclear how often ChatGPT, which is the consumer-facing application of GPT-3.5, gets things factually wrong. In my own experience using the service, I noticed one glaring error among some 20 other answers that were accurate. But inaccuracies even in edge cases can be enough to damage trust in a system and put off prospective users. It doesn’t help that ChatGPT doesn’t provide footnotes or sourcing for its answers, offering instead a mysterious synthesis of publicly available web data compiled only through late 2021 that it was trained on.

Microsoft is concerned about the accuracy issue, according to Bloomberg News, and executives are weighing how to fix that, versus how quickly it can be rolled into Bing. That points to the second problem Microsoft is facing. As it grapples with alternative facts, it is also racing against competition from other application makers. Bing is the second most popular search engine in the world behind Google, and its share has been steadily growing over the last decade, but it still only makes up about 9% of the global search market, while Google dominates with about 85%. That means that an outside party using ChatGPT’s technology or something similar that’s fast, smart and easy to use could dislodge Bing from second place.

This is certainly possible, because Microsoft isn’t the only company using OpenAI’s technology. OpenAI began selling access to its large language model in 2020 and by the following year, tens of thousands of developers had used GPT-3.5 to make more than 300 applications, including games and specific search tools for websites. OpenAI declined to provide updated figures.

There are already several services, like Neeva, You.com and Perplexity.ai, that are crawling the web and augmenting their own search results using GPT-3.5, or their own language models, to spit out single, fused answers that sound like they come from an all-knowing oracle. Some services like Neeva cite sources, and this seems like a wise approach to integrating a language model into search.

A Chrome extension called Web ChatGPT, which can be used on ChatGPT’s website also adds citations to its answers. It canvasses recent web posts to produce its results, potentially circumventing the problem that ChatGPT’s database is only being updated through 2021. I used it on Wednesday to ask about Kevin McCarthy’s bid to be speaker of the US House of Representatives and it returned a single, humanlike answer after a few seconds, with footnotes, based on scanning news articles over the previous 24 hours.

Text- and image-generating services are widely expected to explode onto the scene this year in an array of apps. With many of them using the same underlying AI models from organizations like OpenAI and Stability AI, most will distinguish themselves from one another by clever design and functionality. A slick interface can sometimes be critical to success — it certainly helped apps like Uber. But Microsoft’s strength has always been in building enterprise products like Office 360 and the Azure cloud computing platform, not polished, free web services that attract a broader consumer base.

Microsoft will at least have a technological edge. Microsoft is a big investor in OpenAI, having committed $1 billion so far. The relationship allows OpenAI’s GPT-3.5 and ChatGPT to run on Microsoft’s Azure cloud infrastructure. The computing power needed to run the technology is expensive — OpenAI Chief Executive Officer Sam Altman has cited a cost of “single-digit” cents per chat, which likely adds up to millions of dollars weekly.

For that investment, Microsoft should get early access to GPT-4, the next iteration of OpenAI’s language model, due to launch later this year, which is said to be leaps and bounds better than the last.

If GPT-4 irons out the accuracy problems, and Microsoft can make an appealing search interface, then it probably can pose a threat to Google search. And if it can do that, it may also find new and exciting ways to integrate ChatGPT technology into some of its other subsidiaries, including LinkedIn, speech recognition business Nuance Communications, content moderation firm Two Hat Security and GitHub Inc., the globally popular platform for coders. But it will be an uphill battle until then.