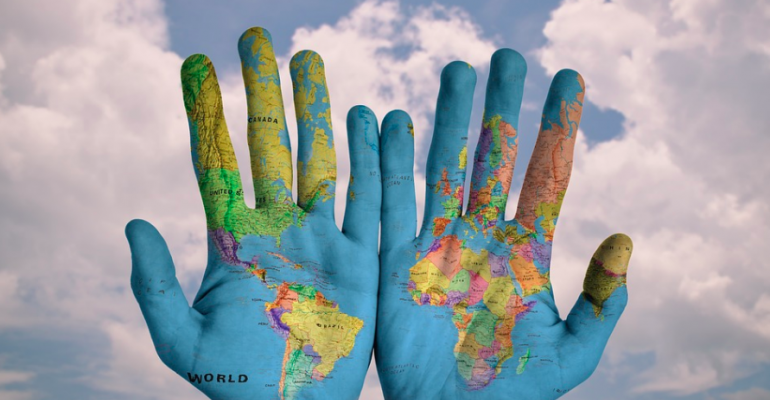 Openness and cooperation have helped the U.S. and China achieve artificial intelligence benefits, but, given trade and security issues, progress may not be sustainable.

"Cooperation" may not be the first word that comes to mind when you think about the United States and China, given the ongoing trade and security issues between the two countries. But when it comes to recent and ongoing growth in the field of artificial intelligence, cross-border cooperation and engagement are behind the emergence of the two countries as the world’s AI powerhouses--and the resulting artificial intelligence benefits.

“Despite frequent allusions to a race—or even an ‘arms race’—in artificial intelligence, U.S. leadership and China’s rapid emergence as an AI powerhouse also reflect the reality of cooperation and engagement that extend across the boundaries of strategic competition,” Elsa Kania, of the Australian Strategic Policy Institute, said in a recent publication.

It’s a relationship with important ramifications for both countries. The current value of the AI market is difficult to quantify, but it’s certainly large, growing and important. There is debate over which country is leading the pack, but both nations want to stay at the top of the heap.

The developments in the field of artificial intelligence in both countries have involved give and take in both directions, said Matt Sheehan of MacroPolo, a Chicago think tank that studies China’s economic rise.

Chinese contributions to AI’s development have come not only from within China but from within the U.S., as well, Sheehan points out. “Chinese immigrants and Chinese American researchers have been major contributors to America’s AI prowess in recent decades,” he said.

In turn, American institutions have been a training ground for talent that then contributes to AI development in China. He gave the example of the Beijing lab for Microsoft Research Asia, which has produced top AI talent for decades, as well as the American degrees and Silicon Valley work experience of many of the founders of Chinese AI startups.

One way this exchange has shifted is that Chinese talent is now more likely to return to China after spending time in America, Sheehan said. “Chinese students who earned STEM PhDs in the U.S. used to almost all stay in the country long term, but with the rise of China’s tech ecosystem, many more are now choosing to take their talent home after graduation or a few years of work,” he said.

Cross-border collaborations can run the gamut, he adds, from projects that work out well for both China and the United States to those that present serious security or ethical concerns.

“AI is an omni-use technology--one whose power can be applied to almost any different field,” he said. “The same core computer vision techniques that are being developed to spot tumors can also be applied to guiding drone strikes, making it really tricky to disentangle use cases.”

All science feeds on international cooperation and openness, but Sheehan says this is even more the case for the field of artificial intelligence.

“The fact that algorithms can be directly pitted against one another on objective metrics drives AI researchers around the world to openly publish their techniques, demonstrating how much their work advances the field,” he said. “That kind of open publishing leads to a rapid dissemination of cutting-edge techniques, both across industry and across borders.”

But Chris Calvert, cofounder of Respond, isn’t sure if cross-border cooperation is essential to AI development. “What is essential is that we learn to apply the wide variety of AI approaches to the appropriate problems and thus ensure the true value of AI is realized,” Calvert said. Commercial success might be better than simple cooperation, he added, because it provides proof of which approaches appropriately solve which types of problems.

“AI could be a place for commercial competition, national competition, or it could be a unifying technology that we all leverage for the betterment of our societies,” said Calvert, who previously worked in foreign intelligence and cybersecurity for the NSA. “These types of issues are driven by geopolitical winds, not technological.”

As he points out, space exploration was initially viewed as a shared human endeavor; now the United States has a Space Force.

“Geopolitical winds drive technological winds, and scientists and researchers would rather share than compete, but the same is not true when considering national interests.”

But a focus on relative versus absolute progress has the potential to blind researchers, businesspeople and government officials to the benefits of that cooperation, Sheehan said.

“If a country’s largest competitive advantage is the quality of elite research produced domestically, then having your researchers openly share their work internationally clearly diminishes that competitive edge,” he said. “That openness may drive absolute progress for the field, but if you care more about relative progress for domestic companies or the military, then openness can erode that.”

Recent controversies, such as those around the work done by tech firms for the security industry, are sure to effect cross-border work, Calvert said.

“Surveillance is viewed very differently across the world, and all security technologies are also potential surveillance technologies and thus are subject to civil control and social discussion,” he said. “Each country’s research and innovation engines are still subordinate to larger national concerns.”

We’re currently witnessing the re-nationalization of AI technology and research, according to Sheehan. Money, ideas and talent flowed freely between China and the United States for years, and geopolitical factors didn’t much impact that, he said.

But the last couple of years have been a “rude awakening,” Sheehan added, pointing out that the American government is putting restrictions on STEM graduate students, early-stage investment and collaborative research--even as President Trump says he will allow AI to develop unimpeded.

“With both parties and all branches of government on board with this, it seems we’re due for a period of re-nationalization of many aspects of AI.”

Become Smarter About What Artificial Intelligence Is
Aug 23, 2018