/sites/all/themes/penton_subtheme_itprotoday/images/logos/footer.png
Recent
Recent
AI in Business: Can Ethics Be Reduced to Metrics?
May 24, 2022
3 Areas to Consider When Tackling Metaverse Storage Needs
May 24, 2022
D.C. Sues Zuckerberg Over Cambridge Analytica Data Breach
May 23, 2022
Investor John Doerr: Silicon Valley Should 'Triple Down' on Clean Tech
May 23, 2022
Featured
5 Best Practices for Compliance-Proofing Your Cloud Strategy
May 18, 2022
4 Reasons Why AWS Could Lose Its Dominant Cloud Market Share
May 10, 2022
How to Spot the Warning Signs of Ransomware Attacks
Apr 20, 2022
Best Windows 11 Tips and Tricks: Top 11 Articles
Mar 18, 2022
News 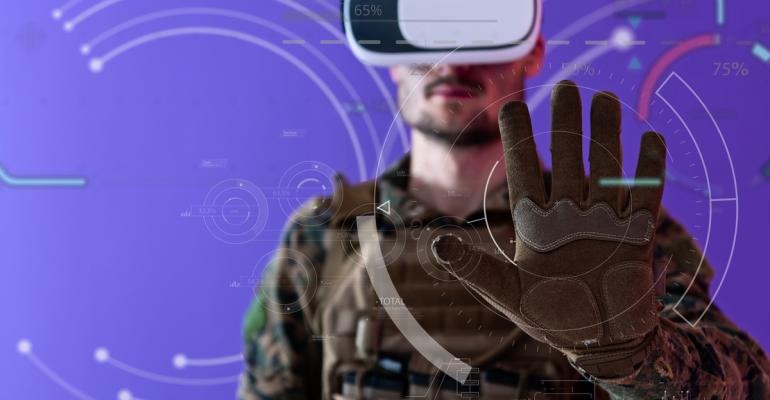 Microsoft’s Integrated Visual Augmentation System, or IVAS, is expected to provide a “heads-up display” for U.S. ground forces, similar to those for fighter pilots.

(Bloomberg) -- The U.S. Army’s initial estimate that it may spend nearly $22 billion over the next decade on high-tech combat goggles and related services from Microsoft Corp. may be double what the service really expects.

Pushing back on criticism in a report Friday from the Pentagon’s inspector general that the contract “could result in wasting up to $21.9 billion in taxpayers funds to field a system that soldiers may not want to use or use as intended,” the Army said the estimate was a worst-case scenario and a ceiling for what the service would expect to spend.

“Less than half of this total is possible for the U.S. Army,” according to the rebuttal by Army Assistant Secretary for Acquisition Douglas Bush. The $21.9 billion figure that has been seen by some investors and analysts as possible revenue for Microsoft represents “a contract ceiling that includes all possible hardware, components, and services over a 10-year period at the worst possible pricing structure,” it continued.

The full estimate includes “all possible sales to sister services, Foreign Military Sales and all maximized service contracts,” according to Bush’s response.

Microsoft’s Integrated Visual Augmentation System, or IVAS, is expected to provide a “heads-up display” for U.S. ground forces, similar to those for fighter pilots. The system -- a customized version of Microsoft’s HoloLens goggles -- would let commanders project information onto a visor in front of a soldier’s face and would include other features such as night vision.

But the system has already faced delays and other hurdles. Despite progress since the initial development contracts Bloomberg News reported in January that the system “has not yet demonstrated the capability to serve as a fighting goggle,” according to an assessment by the Pentagon’s director of operational testing that was sent to the Army for review.

The Army announced in October a delay in fielding the program to allow more time to prepare for the intense combat testing needed for full-rate production and initial fielding. The test, previously scheduled for last September, was tentatively re-scheduled for between May 23 and June 25 and will result in a “Rapid Fielding Report” from the Pentagon testing office.

Bush will evaluate the report to determine whether the goggles should be fielded and go into full production.

An official at Redmond, Washington-based Microsoft said via email that the company continues to develop IVAS as a “transformational platform” that will enhance soldier safety and effectiveness, without addressing the potential contract size.

On Friday, the inspector general’s heavily-redacted audit concluded that the Army made mistakes in the program’s initial stages in not clearly delineating minimum performance standards the devices must meet during soldier acceptance tests.

The audit stressed -- as the service has -- the importance of soldier feedback and acceptance during a series of five increasingly complex “Capability Set” exercises. “However, program officials did not define clear measures of user acceptance to determine whether IVAS would meet user needs.”

Bush, in his rebuttal, also disagreed with the overall thrust of the inspector general’s report. He said the watchdog’s conclusion about potential wasted taxpayer dollars was “fundamentally flawed and inflammatory and must be removed or rewritten” because “it is a biased word, intended to illicit an emotional response.”

The report retained the phrase but censored as “Controlled Unclassified Information,” or CUI, large chunks of the report, including the conclusions section.  The redactions and CUI markings usually come at the recommendation of the individual services or the department.