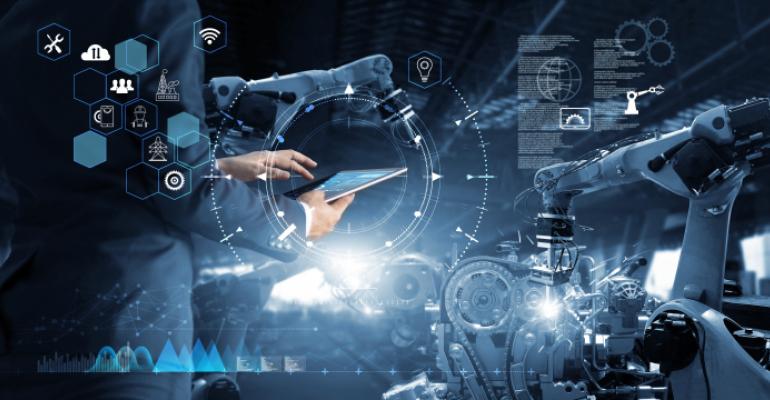 Automation might make workers obsolete in the future, but the notion that rapid automation is taking jobs in aggregate in the here and now just doesn’t fit the data.

(Bloomberg Opinion) -- Democratic presidential candidate Andrew Yang has brought a number of interesting ideas into the economic debate. Many of these are refreshing, such as his proposal for a universal basic income, his embrace of value-added taxes and his plan for technology company regulation. But on one major point Yang’s ideas are at odds with the available evidence: that automation hurts American workers.

Automation might make workers obsolete in the future. It certainly has displaced many of them since the start of the Industrial Revolution even as overall living standards continued to climb. But the notion that rapid automation is taking jobs in aggregate in the here and now just doesn’t fit the data.

First, employment is near all-time highs based on the share of prime-age people with jobs. Then there’s the fact that median weekly earnings of full-time employees have risen more during the past four years than at any time since the late 1990s.

This rise has benefited workers across the board.

Second, there’s the experience of other countries. Just looking at one kind of automation, industrial robots, it’s clear that the countries that do more automation experience less hollowing-out of their manufacturing industries.

Third, companies that invest more in information technology actually added workers faster between 1990 and 2007, suggesting  IT complements humans rather than replaces them. (Meanwhile,  for investment in artificial intelligence technology, there is no correlation.)

But the most important piece of data against Yang’s thesis is slow productivity growth. If companies are adding robots, AI algorithms or other automation to their production processes, it should show up as accelerating productivity. But labor productivity growth has slowed to a crawl since 2010.

When Paul Krugman pointed this out on Twitter, Yang responded by suggesting that productivity growth is low because workers displaced by automation are being shunted into less productive jobs:

Thanks Paul. The productivity growth stat could be a result of the fact that many workers are being pushed into - or stuck in - low productivity sectors as a means of survival. It could also be a lagging indicator. As you know it’s hard to pack every stat into an Op-Ed.

This is an argument Yang has been advancing for a long time. But the math just doesn’t work out.

This hypothetical and depressing example is similar to what Yang thinks is happening. But because productivity growth is low, it means this scenario doesn’t describe what’s really going on in the U.S. economy. As long as automation raises output (and if it didn’t, why would companies do it?), it’s impossible to reconcile slowing productivity with the idea that automation is accelerating.

Yang’s story might apply to the 1980s, when wages fell and productivity soared; the rise of machine tools during that era could have been a factor. It just doesn’t fit the facts of the present. Even in manufacturing, where productivity growth has traditionally been more rapid, gains have stagnated.

It’s possible that productivity gains will show up in the service industries. Economists like Krugman should at least acknowledge the possibility that the future won’t look like the present. Perhaps AI algorithms are just getting started, and in the coming years they will automate health care, education, retail and other industries the way machine tools once automated the assembly line. If that happens, either humans will have to find new things to do that can’t be easily automated -- for example, creative jobs -- or something like Yang’s basic income proposal will indeed become necessary.

So it’s fine for Yang to propose basic income as a form of insurance against anticipated human obsolescence. The danger is if people ignore Yang’s sensible solution while running wild with his vision of a still-imaginary problem. Yang’s rhetoric may echo loudly in the ears of those who view the technology industry as a force for evil rather than an engine of prosperity. Already, politicians such as New York City Mayor Bill DeBlasio have proposed taxing or even banning automation. This would be a terrible mistake.

Instead of sounding the alarm about robots, proponents of a basic income should use arguments that aren’t dependent on the threat of automation -- and there are many good ones. But inciting popular outrage and fear about new technologies at a time when productivity growth is low would be a big mistake.