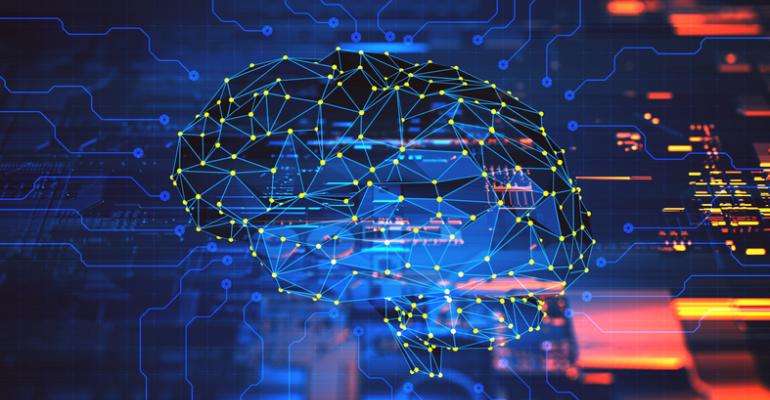 White-collar jobs and better-educated occupations along with production workers are among the most susceptible to AI’s spread into the economy, according to a Brookings Institution report.

(Bloomberg) -- Artificial intelligence is coming for America’s high-paid professions as it creates winners and losers across the labor market like never before.

White-collar jobs and better-educated occupations along with production workers are among the most susceptible to AI’s spread into the economy, according to a Brookings Institution report Wednesday that draws on a new analysis of patent data by Stanford University graduate student Michael Webb.

“Webb’s modeling suggests that just as the impacts of robotics and software tend to be sizable and negative on exposed middle- and low-skill occupations, so AI’s inroads are projected to negatively impact higher-skill occupations,” researchers Mark Muro, Jacob Whiton and Robert Maxim wrote, noting that their analysis shows potential impacts can be both positive and negative. Workers with graduate or professional degrees will be almost four times as exposed to AI as workers with just a high school degree, the report showed.

The researchers also concluded that AI appears most likely to affect men, prime-age and white and Asian American workers. Business, finance, and technology will be more exposed, along with natural resource and production industries, they found. Farming, one of humanity’s earliest jobs, may also be affected by AI as drones and precision agriculture help boost productivity. Farming, fishing and forestry had the top exposure score of any occupational group.

The paper is the latest in a growing body of research on how labor markets may be upended by AI, the algorithms that can learn to handle tasks by finding statistical patterns in data rather than by following directions from people.

The findings also highlight how much remains unknown about the effects of AI versus other types of automation on jobs, and that while the impacts may be concentrated more in some areas than others, the technology ultimately could affect work in almost every occupational group. Some 740 of 769 occupations in the analysis could be “exposed to, complemented by, or completed by AI,” the researchers concluded.

Also among the most AI-exposed large metro areas are other high-tech centers in San Jose, California, and Salt Lake City and Ogden, Utah. Detroit and other manufacturing centers including Greenville, South Carolina, and Louisville, Kentucky, also score highly, as does Bakersfield, California, an agriculture and logistics hub, the researchers wrote.

The category of market-research analysts and marketing specialists has the highest exposure to AI, according to the report’s scores, followed by sales managers, computer programmers and personal financial advisers.

While high-end jobs face an impact, that may not go all the way to the top: “the most elite workers -- such as CEOs -- appear to be somewhat protected,” the researchers find.

Geographically, the bigger, more technologically oriented metro areas that are heavily involved in manufacturing are likely to experience the most disruption, according to the researchers with the institution’s Metropolitan Policy Program.

Exposure to AI will be greatest in the eastern heartland from the Great Lakes to the Gulf of Mexico given ties to manufacturing in states including Wisconsin, Michigan, Indiana, Kentucky, Tennessee and Alabama. Washington state also is highly exposed because of the concentration of advanced manufacturing and technology in the Seattle area, the home of Microsoft Corp. and Amazon.com Inc., as well as Boeing Co.’s main aircraft plants.

The report by Muro and his colleagues builds on their earlier work though takes a new direction because of their partnership with Stanford’s Webb, an economist and Ph.D. student. In his paper out this month, Webb combines descriptions from a U.S. Labor Department database of occupations and tasks with the text of patents containing information about what technologies do.

There were more than 640,000 applications filed and 338,000 patents issued last year, according to the U.S. Patent and Trademark Office. They give owners the exclusive right to an invention, and the applications for them can show where research funding is spent.

Webb uses a natural-language processing algorithm -- itself a kind of AI -- to extract the verb-noun pairs from the patent filings, such as how a doctor’s job description might include the task “diagnose condition.” Then he quantifies how many patents correspond to technology with similar verb-noun pairs, such as “diagnose disease.” Finally he uses the prevalence of those patents to assign a score to the task, and aggregates the task-level scores to occupations.

Webb also cautioned that timing is a big question: “We are too early in the development of AI to know how much more of the technology there is to be developed, and too early also to know how long it will take to be adopted,” Webb wrote in the paper. “If history is a guide, the main impacts on the labor market may not appear for three decades.”

Muro and his colleagues emphasize that the findings don’t have a time element.

“Webb’s novel procedures demonstrate that we have a lot to learn about artificial intelligence, and that these are extremely early days in our inquiries,” the researchers wrote. “What’s coming may not resemble what we have been experiencing or expect to experience.”