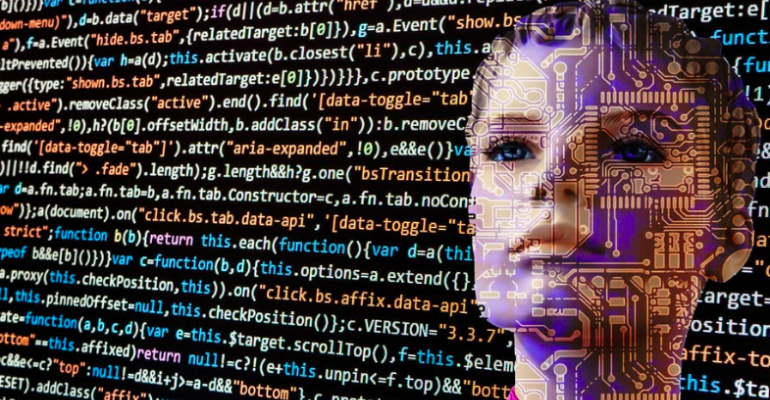 Gender gaps persist in many developed nations and in many fields, and the growing field of artificial intelligence is no exception. In fact, the AI jobs outlook is not looking so great when it comes to gender diversity.

Rankings released in December by the World Economic Forum showed that the United States, India, Germany, Switzerland, and Canada have the world’s five most concentrated AI workforces. The AI workforce in general has expanded considerably in recent years, with the number of workers with AI skills growing by 190 percent between 2015 and 2017, according to an analysis by LinkedIn. However, the rankings on gender diversity were less than impressive, reflecting an issue that affects the tech industry as a whole but with particular implications for AI and machine learning: a lack of diversity and inclusivity in a workforce that is designing solutions for the future.

At this point in time, the AI jobs outlook is not looking good when it comes to diversity. In the United States, women made up less than a quarter of artificial intelligence workers, at 23 percent, the WEF found. Women made up only 24 percent of Canada’s AI workforce, the WEF found, just a bit better than their global representation of 22 percent. The numbers were even worse for Germany, where women were only 16 percent of the AI workforce. Overall, the report found, the AI gender gap is three times larger than in other fields, and women in AI were less likely to be in senior roles.

The WEF warned that this gap, both in specific nations and worldwide, could widen if not addressed soon, and that the consequence would be limits on innovation and the perpetuation of existing biases, many of which fuel such gaps in the first place.

Somdip Dey, a scientist in embedded AI at the University of Essex, deals with the dual challenges of being a non-settled immigrant from Asia living in the United Kingdom and a woman in AI.

It’s clear that these gaps affect workers, whether it’s due to workplace issues, lower wages or a lack of mentors. But gender and sex imbalances in AI workforces affect not just the workers but also the products, Dey pointed out, citing research from Stanford University that showed that gender imbalance led to monotonic product design where the participants from the dominant group on a team influence product design in a way that could make it more difficult for other groups to use.

“One such example could be if gender balance and diversity in a wearable product design group is not installed, then often the designed wearable could be impractical to wear for the opposite sex due to biological differences such as size and physiology,” Dey said.

That’s because utility functions--also called fitness or objective functions--determine a product's ability to learn and, ultimately, its success, said Kristian Simsarian, an educator and AI/robotics expert and the founder of Collective Creativity.

Those functions are fueled right now by business leaders and executives, sometimes with input from those in venture capital, he said. Changing the focus of those functions--currently on metrics like engagement and acquisition--and broadening the input base used to develop them requires work.

Reducing gender and sex imbalances in the field starts with awareness, Dey said. “Currently, we could see several studies highlighting the quantitative analysis of gender imbalance,” she said. “We have to make the people in the hiring committee for AI-related roles aware of the issue with actual figures so that they could understand the importance of the issue.”

Diversifying hiring committees will also help correct these imbalances, Dey said, but many companies of all sizes still haven’t taken this step. “If the hiring committee mostly comprises men, then biases in the hiring process will remain, as well,” she said. “Such companies need to identify this problem and take active steps to build a gender-balance hiring committee.”

Even something as straightforward as using gender-neutral and sex-neutral words in job descriptions can make a difference, said Dey, pointing to research showing that potential job candidates can be demotivated from applying for positions when the words used in job descriptions make it hard for them to relate to the role.

While steps like this are being taken, companies can track whether they’re working via progress reports. When filling positions, organizations should keep track of the gender breakdown of the people who are being recruited or interviewed, Dey said. “Every time, it is essential to compare gender participation from previous times and identify what might be causing less or more participation in the interviews,” she said.

People who are already employed in the field can also learn and change, Simsarian said. “Educate existing AI/ML coders and shapers about how to define these metrics with alternative formulations,” he suggested. Also, while the field does need more diversity, there are existing experts and groups like Humans for AI that can contribute to this work.

Organizations can work toward better inclusivity and diversity by paying attention to the people they’ll be looking to hire in a decade or two, Dey said.

Making AI educational programs more diverse will also help make the field itself more diverse, Simsarian added. “An excellent way to do this is to take programs that are already diverse and add AI/ML technical expertise--for example, information science, human sciences, civic studies,” he said, pointing to programs like AI4ALL that work to bring up the next generation with AI/ML literacy.

Dey suggested hosting volunteering activities with youth groups, presenting their products or research, and highlighting sex and gender diversity in the field.

“The company should choose employees from different gender groups and backgrounds to represent a diverse group and host social events for younger generation to project the work being pursued by those employees,” she said. “The younger generation could be made aware that AI is not about one gender but developing solutions by a collective of people.”