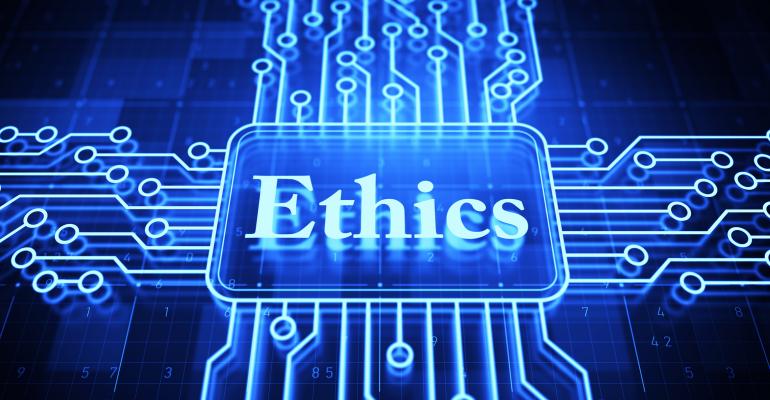 AI in Business: Can Ethics Be Reduced to Metrics?

As companies address ethical concerns about AI systems, they run the risk of glossing over complex questions.

Ethical questions about AI in business have seemed to make an appearance at virtually every technology conference of late. The MIT Sloan CIO Symposium, held this week, did not buck that trend.

The event hosted a panel discussion, “An Ethical Framework for AI and Digital Innovation,” that tried to address various ethical concerns and social risks. Of the subtopics within the broader rubric, one idea provoked the most debate: Ethics in AI must be quantified and measured.

Related: Why AI Regulations Are Poised To Expand in 2022

The moderator, MIT Initiative on the Digital Economy fellow Michael Schrage, opened the panel discussion by noting what he referred to as a “bias”:  He suggested that ethics as a broad, philosophical inquiry and the concept of ethics in AI were different beasts and had to be tackled as such. While he got nods of approval from all three panelists -- Kelly Combs, director of advisory and emerging technology risk services at KPMG; Gail Evans, executive vice president and chief digital officer at Disney Parks, Experiences and Products; and Leigh Hafrey, chief lecturer, communication and ethics, at MIT Sloan -- the remaining discussion conflated the two separate ideas. At times, the discussion strayed from specifics in favor of anodyne statements and generalities about, in a nutshell, “doing what’s right.”

Where the discussion got more detailed, the panelists discussed AI in business and how they sought to “operationalize” ethics in their workplaces.

Combs said that KPMG has prioritized ethics. The large consultancy focuses on how ethics can serve its clients better. The discussion of ethics in AI or in algorithms has teeth only insofar as ethics can be measurable and then, indeed, measured, Combs noted. Hafrey argued that the main issue to grapple is the fine line between “totality” and “totalitarianism,” as he pointed out just how much personal data resides within Big Tech’s systems.

The panelists agreed that the world of data and AI in business has been a “Wild West,” which is to say a laissez-faire attitude has prevailed up until recently. Now the technologies are undergoing a much more involved and nuanced evaluation. Additionally, the digital-native generation has a different ethical compass than earlier generations.

Perhaps the most animated part of the discussion was sparked by the audience, many of whom argued that ethics cannot be reduced to metrics, a position similar to that of MIT Sloan’s Hafrey. The latter said he believes that ethics cannot be approached from the construct of economics but must be driven by moral questions and a sense of service.

Panel discussions about ethics in AI should be encouraged, but they must move beyond a recitation of hackneyed tropes. The organizing committee might instead use its platform to develop more constructive conversations – such as about what IT professionals and technologists can do to ensure a judicious balance between people and machines in an increasingly tech-drenched world.

Core to that balance is the right mix of metrics to keep organizations honest and qualitative ideas to prevent ethics from being reduced to a scorecard.