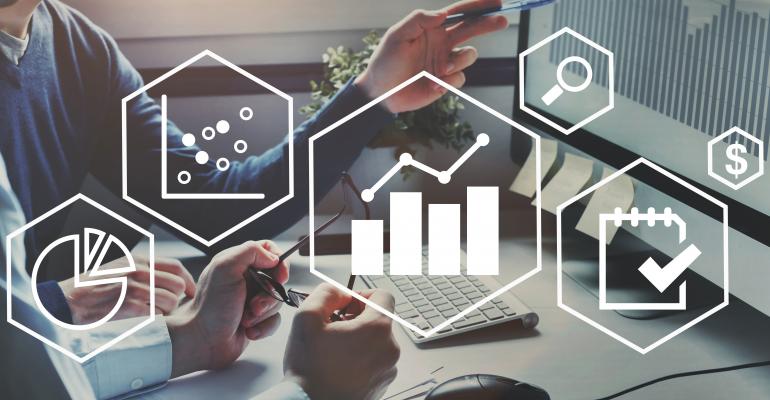 A venture-backed startup is helping some of the biggest companies  add AI decision-making to their businesses — and free themselves from the constraints of legacy ERP systems in the process.

Aera Technology is not exactly a startup. It was founded as FusionOps in 1999 and rebranded as Aera in 2017. It has raised $130 million since then, including $80 million in a Series C funding round led by venture capital firm DFJ Growth earlier this summer.

Aera was built around some of FusionOps’ core technology, along with a new predictive and prescriptive data model for supply chains. Aera's AWS cloud-based search and data modeling platform can ingest data from any enterprise system, aggregate the data and perform predictive analytics along a company's supply chain, correlating demand, inventory and revenue streams.

Frederic Laluyaux, CEO of Aera, said that the company's AI decision-making strikes at the heart of the biggest supply chain pain point: potentially hundreds of data sources that do not speak to one another and don't allow for real-time visibility.

A Google Index for Your Data

"The key for us is to be able to access transactional data inside the ERP systems and basically mimic what Google does," said Laluyaux in an interview. "Google isn't searching the whole internet, but a ... curated index copy of the web on their servers."

Aera's system gathers two to three years of data to build an initial model and then crawls continuously for updates to enable real-time results. "We translate those transactions into a single data model and augment the data by calculating business metrics that do not exist in the transactional systems," he said.

Aera also enables specific "skills" that can be applied to predict and optimize specific business outcomes automatically, Laluyaux said. One such skill is demand forecasting, which is being used now by a large consumer package goods company, he said. The system will optimize a forecast for a combination of location, time period, SKUs or any number of other metrics. Then, based on that, it will push adjustments to other systems to meet a specific demand.

An early adopter of Aera’s AI decision-making technology was pharmaceutical giant Merck KGaA. The company’s healthcare group — which develops fertility, oncology and many other drugs — opted for FusionOps around 2016. when it was looking for visibility along its supply chain. It needed to be able to deliver the right amount of drugs to the right places at the right time.

Merck supply chain data comes from more than just the company’s ERP system, but rather spans hundreds of repositories around the world, said Alessandro De Luca, CIO of Merck Healthcare, in an interview. “We sell in 68 countries, so that is 68 different data sources. We have 18 plants and 154 contract manufacturers, and then you have internal planning systems, inventory and materials systems — all those are sources of data.”

The project started slowly, with Merck first becoming proficient in “descriptive” analytics by enabling visibility in each element of the supply chain in one view. Ultimately, however, visibility alone is not enough, De Luca said.

Since then Merck Healthcare has been building out its capabilities around “predictive” modeling and AI decision-making to improve supply and demand forecasting. The next phase has Merck starting to try out Aera’s “prescriptive” functionality — which means the system can learn optimal decisions for certain conditions and execute them automatically.

Getting More Out of Legacy

Along the way, De Luca’s group discovered another value proposition in helping Merck get more value out of existing technology that it didn’t want to replace or upgrade.

“The original idea was to put this additional, cognitive layer on top of our planning system in order to improve the performance and get additional business insights,” he said. “Then we recognized it’s going so well that we didn’t have to upgrade to the latest SAP HANA for the third phase. This additional layer replaced the need to upgrade the bread-and-butter ERP system [to get that functionality].”